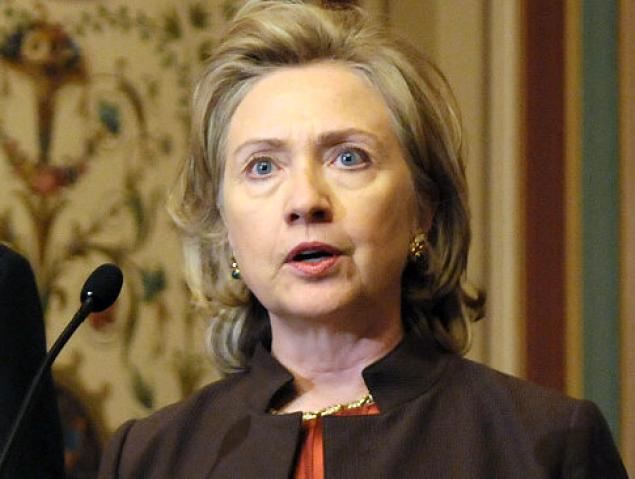 Please forgive me if I am stating the obvious. Clearly, the mainstream media plans to use the same evil dirty trick to elect Hillary it used to elect Obama. The media’s trick is to simply block voters from knowing who Hillary really is as a person, her criminal activities and true ideology. The media knows if elected, Hillary will continue Obama’s far left radical transformation of America. Rather than race, gender will be Hillary’s ever-ready trump card to silence all opposition.

It is truly repulsive watching the mainstream media’s all consuming efforts to leave no stone un-turned and even fabricating stories to destroy Republican presidential candidates. The MSM’s shock-and-awe attempted character assassination of Dr Ben Carson who is a remarkable human being is beyond reprehensible. Though widely reported, Dr Carson did not lie about attending West Point. http://bit.ly/1kGPmfX The MSM attacks have backfired, igniting even more support for Dr Carson; the political outsider.

Meanwhile, Hillary’s multiple scandals, crimes and misdemeanors are hidden in plain sight. She has been caught lying and breaking the law repeatedly. http://fxn.ws/1Py7eVZ Hillary Clinton is figuratively dancing naked in the middle of Times Square waving smoking guns in both hands. And yet, the MSM’s response to Hillary is move-on, nothing-to-see-here. The MSM’s behavior is glaringly hypocritical; favoring Democrats and biased against Republicans.

This is why it is so frustrating to watch conservatives give these MSM hit-squad attacks credibility. I yelled at my radio upon hearing a conservative pundit applauding Obama for making fun of the Republican presidential contenders for complaining about the biased CNBC debate moderators. The conservative joined the liberal media and Obama in calling the GOP contenders wimpy whiners. Why on earth would this conservative leader side with our evil dishonest opponents who have no intention of playing fair?

Conservatives attempting to find common ground with the Left (Democrats and MSM) is as wacko as the Left relentlessly accusing Israel of an unwillingness to compromise with the Palestinians. The Palestinians’ ultimate goal is to push the Israeli people into the sea. How do you negotiate with people who want you dead? You do not. You defeat them. The Democrats and MSM want the GOP/Conservatives politically dead. Conservatives/Republicans must defeat them.

So lets recap boys and girls. Seven years ago a black guy gifted in the art of deception delivered a celebrated speech at the Democrat National Convention. Democrats/Leftists after promising her the White House, kicked Hillary to the curb. The shiny new well-spoken black Trojan Horse offered the Left a golden opportunity; a chance to implement every socialist/progressive idea of their wildest dreams. Anyone daring to disagree with the first black president on any issue will be branded with an “r” on their forehead for racism. It was perfect!

Americans embraced the MSM’s black messiah crying a river of hopeful tears at his inauguration. Obama received 96% of the black vote. However, blacks are only 12% of the population. Therefore, mega-millions of white voters saw fit to entrust a black presidential candidate (a radical Leftist posing as a moderate) with the key to the Oval Office. Millions of whites naively thought, we will never be accused of being a racist nation again.

Seven years into Obama’s presidency, race relations are horrible; set back decades – open season on killing whites and police. http://bit.ly/1Kzm6Uf The idiotic evil Black Lives Matter movement is running rampant polluting the streets of America with the absurd insidious lie that every 28 hours a unarmed black is murdered by cops. http://bit.ly/1HBuQT7

Despite white America electing a black man to run their country, the Left would have us believe that blacks are still treated in America as they were in the 1950s.

Meanwhile, the Left (Obama, Democrats and MSM) have successfully used the terms “racism” and “bigotry” to get everything they want. Manipulating Americans with accusations of racism and bigotry have been so successful, the Left has taken their exploitation of the terms to absurd levels.

Over the past seven years, conservative media and the Tea Party have grown in influence. Therefore, I do not believe the MSM will be able to pull off fooling us again; selling Hillary to the American people as “Hillary: Heavenly Goddess” – the long awaited sequel to “Obama: Black Messiah.”

Learning from being duped into electing the first liberal black president, we can expect more of the same upon electing the first liberal woman president. The false premise of an American/Republican War on Women will skyrocket rather than subside, birthing a #VaginasMatterMovement. I am not over the top folks. Let us not forget the feminist 1996 episodic play titled “The Vagina Monologues.”

Yes, males of America, expect the Left to accuse you of hating your moms, wives, sisters and daughters every time you disagree with President Hillary signing an executive order implementing another socialist/progressive agenda item against the will of the American people.

While the MSM peddles Hillary for president, the rock song by The Who comes to mind. We “Won’t Get Fooled Again.”

One thought on “Madam President: Can The MSM Pull It Off Again?”