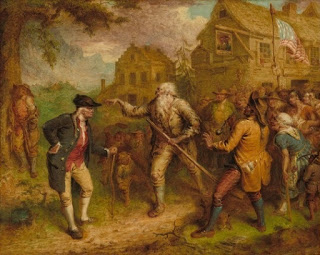 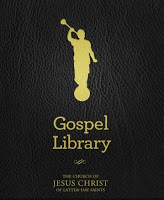 I have the Standard Works as part of the LDS app; the Old Testament, New Testament, Book of Mormon, Doctrine and Covenants and Pearl of Great Price on my laptop, tablet and cell phone.  It took all of a couple of minutes to download these from the Internet.

Some other items came with the LDS.app; General Conference talks going back about forty years, teachings of Latter Day Prophets, and even James Talmage’s,  Jesus the Christ.

None of this makes a lot of sense; I forgot, you’ve been asleep under a tree for the past hundred years.

We have electronic devices which would make Guttenberg die with envy; all that work spent making the written word accessible to the masses and nobody wants books in print, go figure…

Click on the item and it shows up, click another icon and the recorded version plays while you read along.  The ability to have Jesus the Christ read to me via the miracle of modern computers makes for an enjoyable ‘read’, following the text as the words graced my ears.

“Christian and unbeliever alike acknowledge His supremacy as a Man, and respect the epoch-making significance of His birth. Christ was born in the meridian of time; and His life on earth marked at once the culmination of the past and the inauguration of an era distinctive in human hope, endeavor, and achievement. His advent determined a new order in the reckoning of the years; and by common consent the centuries antedating His birth have been counted backward from the pivotal event and are designated accordingly. The rise and fall of dynasties, the birth and dissolution of nations, all the cycles of history as to war and peace, as to prosperity and adversity, as to health and pestilence, seasons of plenty and of famine, the awful happenings of earthquake and storm, the triumphs of invention and discovery, the epochs of man’s development in godliness and the long periods of his dwindling in unbelief—all the occurrences that make history—are chronicled throughout Christendom by reference to the year before or after the birth of Jesus Christ.”  James E. Talmage, Jesus the Christ, Chapter 1

As the Introduction moved along I was reminded that certain elements within our society don’t like references to the Ten Commandments, morality, family values and especially Jesus Christ or Christianity; anything which reminds them how far down the toilet they’ve gone.

Several years ago my friend Mike Landfair, aka Mover Mike, wrote about a visit he and his wife made to the Portland Art Museum and his observations.

“The artifacts from indians on the Columbia river and later artifacts from the Etruscan and Roman empires are all dated “BCE” or “CE”. We asked one of the curators as we were leaving, “What’s with the BCE and CE?” Didn’t it used to be “BC” and “AD”? Turns out it did. Seems some groups were upset with “Before Christ” and “Anno Domino – In the year of our Lord” . Now artifacts are labeled Before the Common Era (BCE) or Common Era (CE). It’s the same dividing line between BCE and CE as BC and AD. I don’t know how they explain that!”

Jump forward a few years and observe how much further we as a society have fallen.  The Ten Commandments have been ruled unconstitutional and the courts have ordered them removed from public places.  Parents who home school their children are being dragged into court for brain washing their kids with Christian principles.  More recently the courts have sided with the Obama administration and ordered all bathrooms and changing areas open to transgender perverts.

Can you imagine how Talmage would have written that introductory paragraph in this day when the foundations of our society and culture are under steady attack?  I don’t think he’d have changed one word, not one word.

The Meridian of Time is linked with the birth of one individual, an individual who changed the path of mankind for time and all eternity, even Jesus of Nazareth, the Creator of Heaven and Earth, the Only Begotten of the Father, the Christ.

Mike pretty much covered, “It’s the same dividing line between BCE and CE as BC and AD. I don’t know how they explain that!”

One thought on “Erasing Christianity a piece at a time”