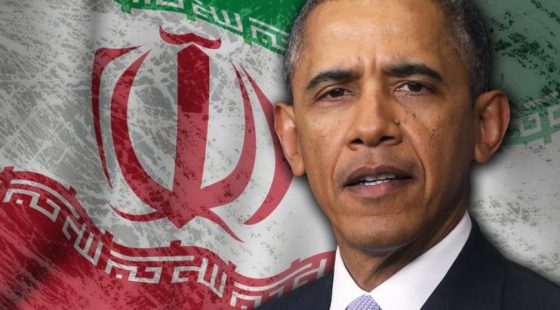 “What should raise more eyebrows was that Ploughshares didn’t limit its largess to like-minded groups about nuclear weapons…. Ploughshares and its chairman, Joe Cirincione, also dropped some serious coin on National Public Radio, to the tune of some $700,000 since 2005, with grants since 2010…specifically mentioning Iran,”notes Tom Nichols for The Federalist.

“NPR then had Cirincione on to explain the awesomeness of the nuclear deal, at least once forgetting to mention he’d given them several hundred thousand dollars.”

But as The Washington Free Beacon is reporting, NPR cancelled an interview they had lined up with an opponent of the deal, Rep. Mike Pompeo (R-KS)—and initially lied about it. “‘As Obama administration officials admit to misrepresenting reality on the deal, it is clear that the American people have been played,’ Pompeo, a member of the House intelligence committee, told the Free Beacon on Monday.”

“Specifically, recent statements and financial documents raise serious concerns about the integrity of the Ploughshares Fund, NPR, which is partly tax-payer funded, and the entire nuclear deal debate,” added Pompeo.

Cirincione defended Rhodes against assertions that he had manipulated—and funded—the press. “I have known Ben Rhodes for over seven years,” he wrote in an opinion piece for Politico. “He is a good man who has served his nation well.”

“I asked him about this quote” that describes Rhodes’ media outreach tactics, adds Cirincione. “He [Rhodes] said that he was trying to convey the work the White House did with like-minded groups.” Notably, Cirincione again does not mention in his column anything about the funding that his group, Ploughshares, had allocated for convincing others to promote the Iran negotiations.

The Obama administration has long succeeded in getting the media to ignore its many scandals, and to report faithfully and positively regarding its signature legacy items. It continues to convince reporters to try to make scandalous stories simply go away. Thus, it is not surprising that this administration was able to sell a deeply flawed Iran deal to the public, with the help of a corrupt news media.

It has become more and more obvious that the Obama administration continues to seek to control the news cycle so that only favorable coverage of its policies makes it to print. And Ploughshares has been actively aiding the White House.

“The Arms Control Association got $282,500; the Brookings Institution, $225,000; and the Atlantic Council, $182,500,” reports Bradley Klapper for The Associated Press on May 20. “They received money for Iran-related analysis, briefings and media outreach, and non-Iran nuclear work.”

“In a ‘Cultural Strategy Report’ on its website, the group outlined a broader objective of ‘ensuring regular and accurate coverage of nuclear issues in reputable and strategic media outlets’ such as The Guardian, Salon, the Huffington Post or Pro Publica,” writes Klapper.

It is no wonder that Ploughshares and the White House are working together.

As we reported, “Rhodes sold carefully crafted and prepackaged soundbites about Iran to the press to create a narrative that did not match the facts…It is pure propaganda.”

But according to Rhodes, writing in his own defense, the White House just spoke to anyone interested in promoting the Iran deal. “Given our interest in making sure that any misinformation was corrected, and that people understood our policy, we made a concerted effort to provide information about the deal to any interested party, including to outside organizations and any journalists covering the issue,” he writes for Medium.

“It wasn’t ‘spin,’ it’s what we believed and continue to believe, and the hallmark of the entire campaign was to push out facts,” Rhodes later added.

By facts, Rhodes means soundbites that favored the White House narrative on Iran.

In reality, the disastrous Iran deal is no deal at all. It hasn’t been signed by Iran or the United States, and has the effect of only a political obligation—as the Obama administration has acknowledged. Even worse, the unsigned “deal” will ultimately result in Iran becoming a nuclear power.

The report about Rhodes has put the White House in a defensive stance. “I think there are some people who have some explaining to do when it comes to the wildly false accusations that they made about the Iran deal,” claimed White House press secretary Josh Earnest on May 12. “And it’s not the administration. It’s Republicans who are demonstrably wrong when it comes to the Iran deal,” he continued.

As new information comes out about the deal, the administration and the deal itself continue to look worse and worse. The Obama administration has, according to an Iranian Revolutionary Guard Corps’ Aerospace and Missile Force commander, recently reached out to Iran to discourage it from publicizing its ballistic missile tests, The Washington Free Beacon reports.

Those ballistic missiles could potentially be designed to carry a nuclear payload, and the tests signify Iran’s continued hostility toward other nations.

The White House and Ploughshares, among other liberal groups, sold the American people a bad deal which will endanger generations to come. It is a telling chapter highlighting the Obama administration’s ability to manipulate the press, and thereby fool the American public.