Last week, Obama and his jackals stabbed Israel in the back at the UN over the two-state solution. Bibi Netanyahu and other Israelis have come straight out and accused the Obama administration of being behind the UN resolution that took direct aim at Israel. And the proof of that duplicity is now coming out. John Kerry was actively striking a deal with the Palestinians according to transcripts coming out of Egypt. Obama, Kerry and Biden have all been caught red handed lying over this.

Congress started to move today to cut off funding to the UN until this resolution is reversed thanks to Ted Cruz. What the ruling tries to force is Israel handing over Christianity’s most holy sites to the Palestinians. They would have to forfeit Western Jerusalem to Islamists. Not going to happen. Meanwhile, Obama and others are calling the transcripts fabrications. I very much doubt that. 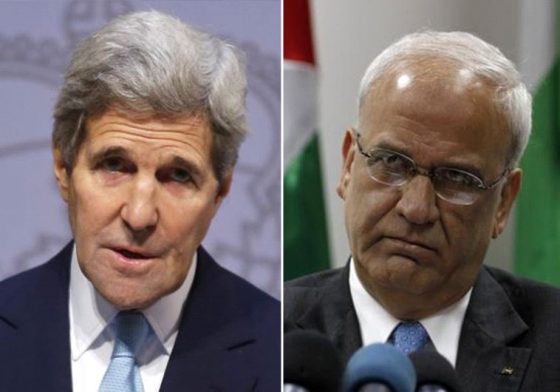 Prior to the UN Security Council vote on anti-Israeli settlement resolution 2334, US Secretary of State John Kerry met with a Palestinian delegation in early December in Washington to discuss the draft, agreeing to cooperate, according to transcripts released by Egyptian daily Al-Youm Al-Saba’a.

According to the report, Kerry along with US National Security Adviser Susan Rice, met with Secretary General of the PLO Executive Committee Saeb Erkat and Majed Faraj, head of the Palestinian Authority’s General Intelligence Service.

The reported transcripts reflect statements by numerous Israeli officials claiming that the resolution was orchestrated by the Obama administration. The source of the leaked transcripts was not named.

The United States on Friday broke with a longstanding approach of diplomatically shielding Israel and abstained on the United Nations Security Council resolution that passed with 14 countries in favor and none against.

“We have ironclad information that emanates from sources in the Arab world and that shows the Obama administration helped craft this resolution and pushed hard for its eventual passage,” said David Keyes, a spokesman for Prime Minister Benjamin Netanyahu.

The US State Department has denied claims that the US was involved in perpetuating the resolution.

Meanwhile, Erekat has denied the claims written in the documents.

A defiant Secretary of State John Kerry on Wednesday defended the US decision allowing the United Nations to condemn Israeli settlements, while lashing out at the so-called “settler agenda” which he claimed is hurting prospects for peace – in a wide-ranging speech that inflamed tensions with Israel and drew a swift rebuke from the Bibi Netanyahu. Bibi was pissed and I don’t blame him. Kerry doubled down on the betrayal and justified it. Just reprehensible and treasonous. What do you expect from these people who brought the Muslim Brotherhood into the White House and crawled between the sheets with Jihadists?

In a written statement, Prime Minister Benjamin Netanyahu ripped Kerry’s speech as “skewed.” That’s putting it mildly. “Like the Security Council resolution that Secretary Kerry advanced in the UN, his speech tonight was skewed against Israel,” he said. “For over an hour, Kerry obsessively dealt with settlements and barely touched upon the root of the conflict — Palestinian opposition to a Jewish state in any boundaries.” Bibi then slammed Kerry and Obama: “Israelis do not need to be lectured about the importance of peace by foreign leaders.” Indeed, they don’t.

Trump is urging Israel to hold on for three more weeks until he comes into power. Netanyahu said he looks forward to working with the incoming Trump administration to “mitigate” the damage from the resolution and ultimately “repeal” it. Paul Ryan also had something to say about this monstrous move: “After allowing this anti-Israel resolution to pass the UN, Secretary Kerry has no credibility to speak on Israeli-Palestinian peace.”

Obama is deliberately sabotaging Israel and making Trump’s transition as difficult as possible. The White House hotly denied the report in the Egyptian media claiming Kerry and National Security Adviser Susan Rice discussed the UN resolution with a top Palestinian official nearly two weeks before Friday’s Security Council vote. Ned Price, spokesman for the US National Security Council, called the report a “fabrication” and said the “meeting never occurred.” Netanyahu reiterated that his government has “absolutely incontestable evidence” that the US organized and advanced the resolution. And he referred to the details reported in Egyptian media as the “tip of the iceberg.” The State Department’s own website reflects that Kerry was scheduled for a meeting with the Palestinian official at the State Department on Dec. 12th, around the time of the reported discussions. The official website, however, offers no details on what was discussed. Sucks to be caught with your hands in the Middle East cookie jar.

John Kerry stated Wednesday that if Israel chooses to remain a singular state with Palestine, “it cannot be both” Jewish and democratic. That’s simple then… they remain Jewish and tell the US to stuff it. In reality, it’s a false choice; a straw man argument. It’s a lie and the last wicked gasp of a failed legacy and presidency. 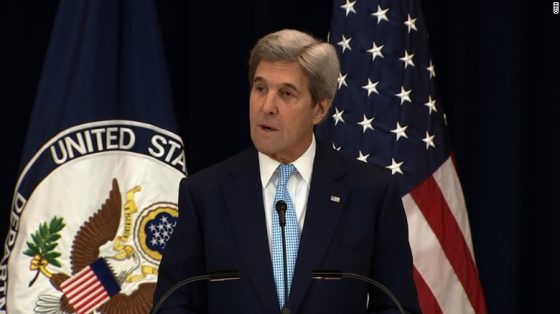