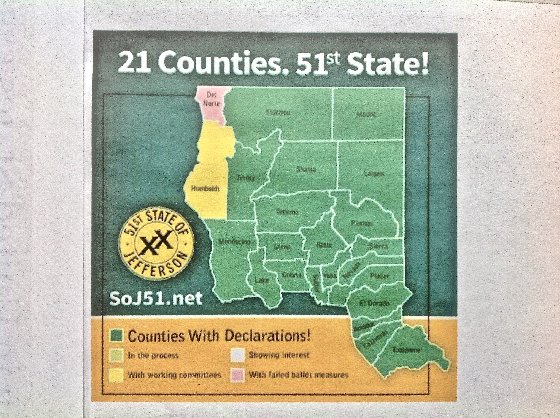 The goal is to eliminate over-regulation, over taxation, and under representation. We will create a new state that would exercise its rights under the 9th and 10th Amendments to halt the Federal government from over-reaching laws according to the US Constitution. We need to ensure that the income generated in our state stays in our state. We need a state with fewer agencies (CA has over 500!), lower taxes, less bureaucracy, state sovereignty, and personal freedom. But for this freedom we need fair representation.

California: Too Large to Govern

CA’s form of government is not adaptable to CA’s present size. In 1879 the size of the legislature was frozen. There were 1 million people. Now 38+ million people live in CA. Our vote has been diluted almost forty to one. The reactionary California political establishment is clinging to a system constructed to fit the population CA had in 1879. Now we suffer from lack of representation, and dilution of vote. We have been disenfranchised! A small rural state of Jefferson is the answer. We already have 350,000 people that want liberty including Democrats, Republicans, Libertarians, Independants and all those wanting a better life for themselves and their children.

111 state representatives impose regulations on rural California counties and their 9 elected Assembly Members and Senators; laws that benefit cities to the detriment of the rest of the states residents. From these restrictions, much of the northern counties have become impoverished through loss of industry and jobs, and the addition of higher taxes and regulations. CA has approximately 1.1 trillion dollars in debt including unfunded liability. This did not originate nor continually skyrocket from rural CA. The northern mostly rural 21 counties have 9 elected state representatives. The remaining 111 urban elected state representatives make decisions that adversely effect our rural areas. We have 3 representatives where Los Angeles alone has 35. To break it down for you, Northern CA holds only 3 out of 80 seats in the CA Assembly, 3 out of 40 seats in the CA Senate, and 2 out of 53 seats in the U.S. House of Representatives. And get this, there are 35 rural counties and 18 urban counties. With no representation at the state level we have no say over how taxes are spent. Elected representatives located in the Los Angeles Basin and San Francisco Bay Area make all of the decisions for rural CA. The fact is our voice, our vote is irrelevant. And that makes now the time!

There is a solution: a legal, constitutional remedy…

Create a 51st state from California’s neglected, over-taxed, deeply-regulated northern counties. Northern California has no chance of proper representation under the current interpretation of the Supreme Court opinions, and our votes will never count due to this imbalance. Urban voters make decisions that adversely affect rural areas, whether intentional or not.

Part of a formal separation includes absorbing our fair share of the current state debt. Our share of existing California debt which Jefferson would inherit is covered! A financial analysis was performed using the actual 2015/2016 budgets from 23 northern counties to show needed expenditures. Without sending this money to Sacramento, the northern counties are indeed viable on our own. The model shows a surplus of $3.5 billion without reducing the current expenditures. Schools, roads, public safety, and infrastructure are accounted for.

The Time Has Come For 51 “A Jefferson State of Mind” 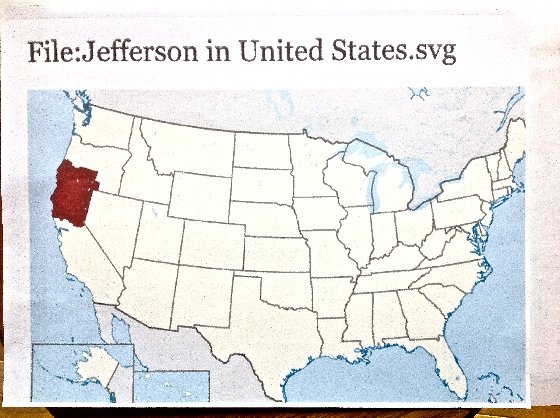