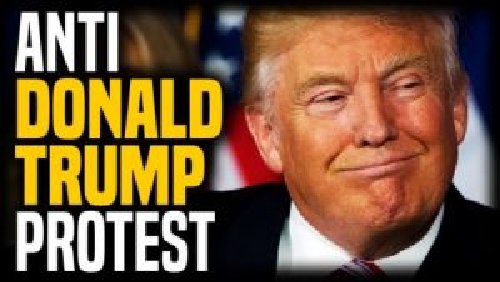 The pet sitter said yes, she is available to watch our greyhound, two cats, 4 parakeets and 6 cockatiels. Great! Mary and I are packing to drive from our home in Florida to Georgia to fight back against the Democrats’ continuing efforts to stop Trump.

Thus far, they have spent $4 million to put their far-left operative Jon Ossoff into the congressional seat vacated by Tom Price who Trump selected as Secretary of Health and Human Services. What makes this race huge is the democrats will use a “win” in Georgia to embolden their rabid-foaming-at-the-mouth-with-hate base, encouraging them to beef-up their anti-Trump protests and obstructionism.

What is scary is if Ossoff (polling at 40%) gets 50% of the vote in the April 18th primary, he wins that seat. Well, Mary and I and our good friends at Conservative Campaign Committee ain’t gonna let that happen. Georgia here we come!

Our goal is to stop Ossoff from getting 50% of the vote, forcing the race to continue to the June 20th runoff election. You’ve heard of gumshoe detective work. Conservative Campaign Committee uniquely engages in gumshoe campaigning, leaving no initiative to win on the table. We do everything from media ads to standing on street corners waving signs. This is how we roll when it comes to fighting Leftist operatives and helping conservatives win. http://eepurl.com/cJxa45

Amy Kremer, former chairman of Tea Party Express, is running for the Georgia seat against 17 republicans. While I am sure the other republicans are good people, I know Amy’s heart. We started in the resistance against Obama’s bait and switch presidency at the same time back around 2008. Eric Odom, Jenny Beth Martin, Amy Kremer and I were brought to PJ Media regarding the Tea Party movement.

Over the years, all of us have remained true to the spirit, principles and values of the Tea Party movement. Amy Kremer is a real-deal true-blue conservative. Plus, she truly has a heart for the people we represent, realizing that our role/purpose is to be their voice.

Folks, that is huge! With so many NeverTrump, GOP establishment elitists, Democrats and the full weight of the fake news media hellbent on stopping Trump, we desperately need bold conservatives like Amy in Washington who are on the same page as our president, fighting for We The People and the best interest of America. http://amykremerforcongress.com/

We are driving to Georgia because Mary hates going through TSA. So rather than an hour flight, I will drive for 7 and a half hours. Oh well, happy wife, happy life.