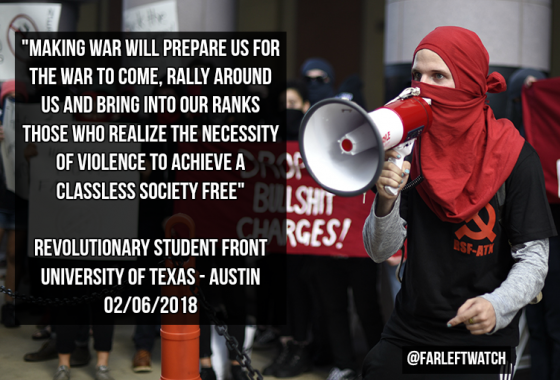 It was a very short hop from Austin, Texas being progressive, to becoming a communist hotbed of radicals and revolutionaries. There are many communist groups there now. One of the most active according to Far Left Watch is the communist militia group, Red Guards Austin. Evidently, this is a Maoist “anti-fascist” group. They are big into armed demonstrations and they routinely call for violent armed revolution. They are itching to kill capitalists. They also have a track record of attacking pro-lifers and Trump supporters.

And they are far from alone in Austin. Texas has a real problem it would seem. They are joined by and are affiliated with other radical groups such as Serve The People – Austin, Defend Our Hoods – Austin and the ever popular Revolutionary Student Front – Austin. 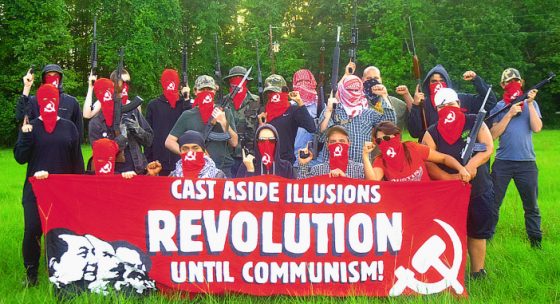 The Revolutionary Student Front – Austin is a self-described “revolutionary anti-capitalist student movement” that organizes at the University of Texas – Austin. They are militant in nature and were just recently in the news for holding self-defense training on campus and tweeting about killing police officers. They also published a long document earlier this month that outlined their so-called “Revolutionary Mental Health Program (RMHP).” They describe how the group was formulated, their goals and even their successes and failures as a program. They also cover why they eventually decided to end the program.

This is not a new idea. It comes from the Socialist Patient’s Collective (SPK), a German neo-Marxist group that attempted to re-frame “mental illness” as a product of capitalist oppression. They believed that the sick formed a revolutionary class of people who could be radicalized to join their cause. “Over the winter of 2016 and in the early spring of 2017, the leadership of RSF spent a significant amount of time studying the work “Turn Illness into a Weapon,” which recounts the experiences of the Socialist Patients’ Collective (SPK) of the University of Heidelberg, Germany, in 1970.” Every project and program is designed to “recruit fighters.” 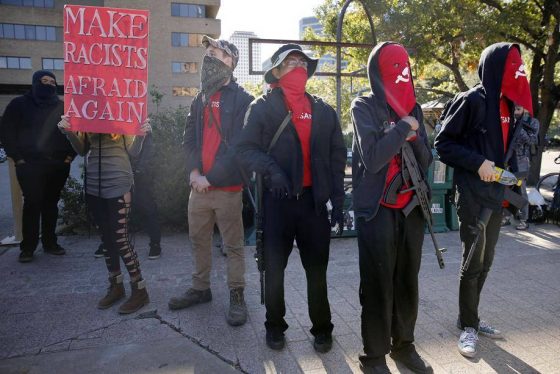 They even admit that some of their own organizers suffer from mental illness… as if we didn’t already know that. The document is full of pictures of armed communist militants, romanticizing them. There are quotes from communist revolutionaries and dictators, and repeated affirmations to their commitment to political violence and preparation for war: “Because our forces can only be built through the militant, violent struggle against the enemies of our class, we know that these fretful cowards will never reach that point. Making war will prepare us for the war to come, rally around us and bring into our ranks those who realize the necessity of violence to achieve a classless society free from exploitation, and unmask the real enemies of the people. We reaffirm our commitment to the principle of revolutionary violence that is necessary to confront the enemies of the people.”

And there is more radical rhetoric: “The knowledge that prison or death awaits us as revolutionaries aiming to destroy capitalism should be enough to encourage us to develop our organization in a thorough and well-rounded manner.” Right. The have a whopper of an ending for the document as well: “The actions to come in the following year will draw clear lines in the sand between revolutionaries and counterrevolutionaries. We will make no apologies for the necessary violence of our struggle and will spare no sacrifice for the battles to come because we are revolutionaries committed to the overthrow of capitalism and the establishment of a classless society. We live for the people, we fight for the people, and we die for the people. This is what it means to be a revolutionary and this is what we uphold from this point until the final dying breath of capitalism.”

This group hearts a communist dictator that killed millions of people. They advocate targeted political violence against “capitalists.” They openly encourage armed insurrection against the US government and they openly recruit at the University of Texas at Austin. They are seeking out the mentally ill to recruit as resistance fighters. They openly admit some of their own organizers have mental issues. Why is this security threat not addressed? Oh, that’s right… we’re talking about the FBI. Perhaps someone should address this before people are killed. Just a thought. #InvestigateAntifa 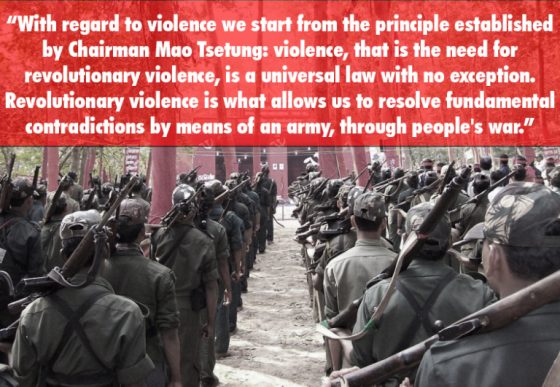 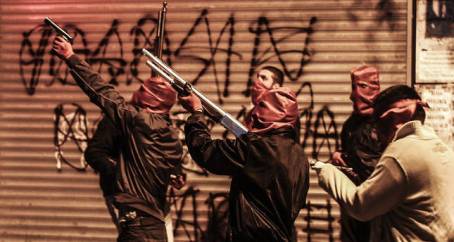 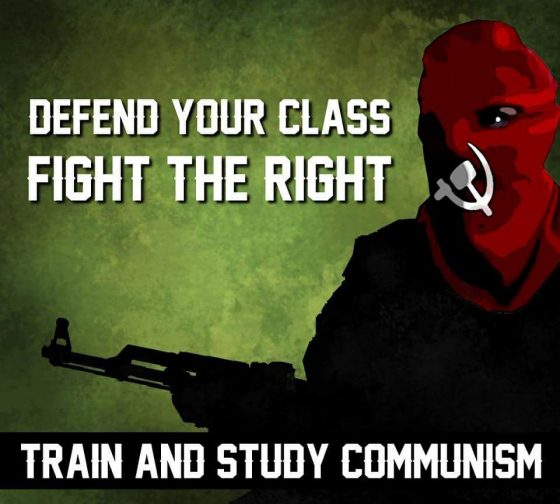 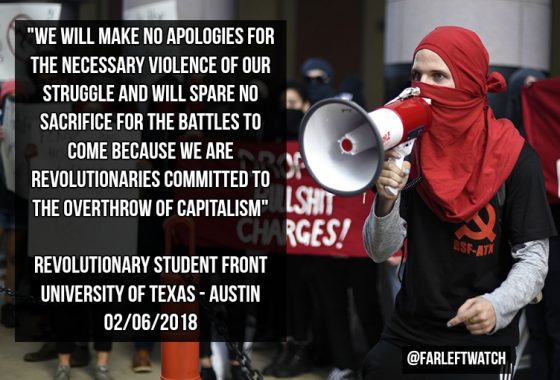 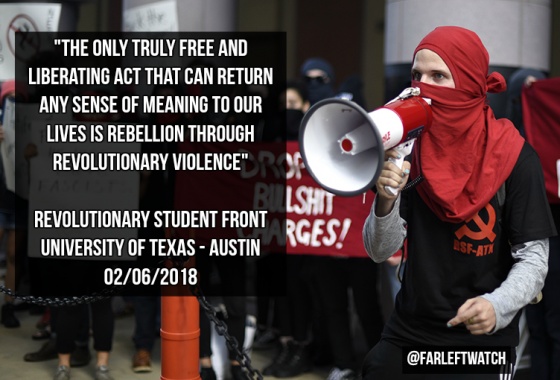 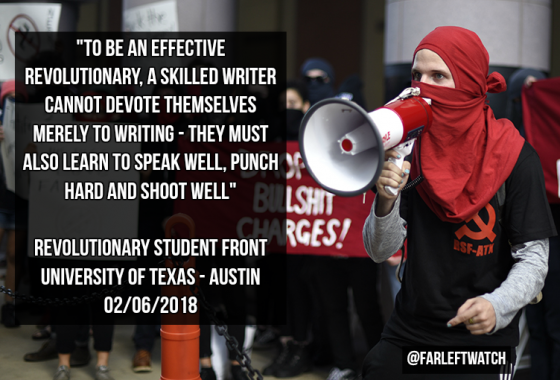 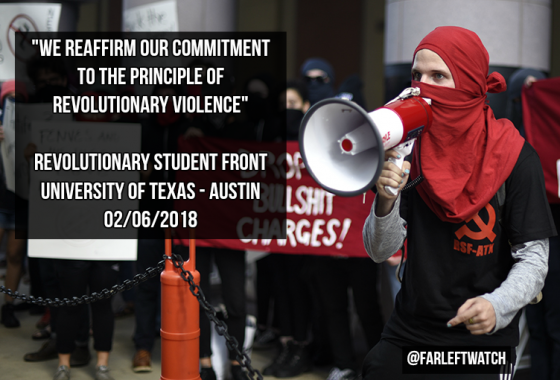