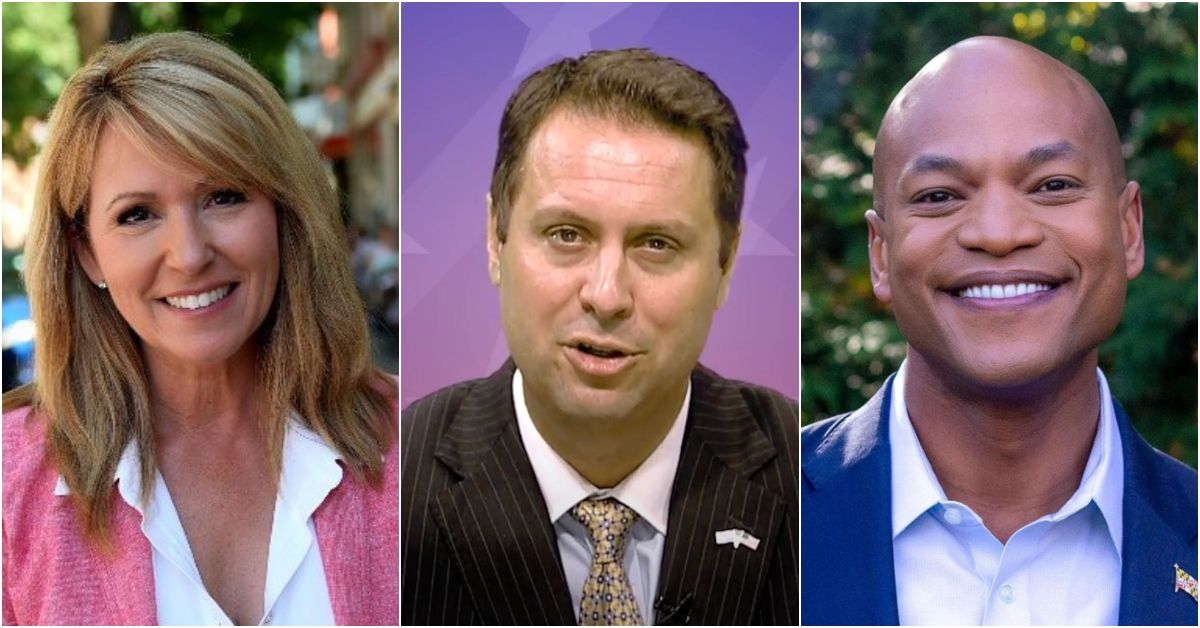 In the deep blue state of Maryland, as primary elections approach, an anti-Trump Republican governor, Larry Hogan, is attempting to curry more favor with Democrats by passing the baton to Kelly Schulz, another liberal anti-Trump Republican regarded as the RINO-anointed heir to Hogan. Hogan, considered a major RINO, is term-limited. On the other hand, the Democrats are offering what some observers are calling “another Obama,” a black advocate of marijuana legalization by the name of Wes Moore.

Attempting to disrupt this pitiful choice is the Trump-endorsed state Delegate Dan Cox, running in the Republican primary against Schulz on July 19.  If he can win Maryland, Trump-backed candidates can win anywhere.
​
Maryland is an example of what’s happening nationally – Democrats and RINOs are teaming up to defeat and destroy Trump Republicans.

Kelly Schulz is running commercials on Fox News claiming that she is a conservative candidate for Governor in Maryland. But on her website, she touts her endorsement from the liberal Washington Post. The paper, a long-time voice of the national Democratic Party and the Deep State, claims Schulz’s win in the primary on July 19 against conservative Dan Cox would make Maryland into “a vibrant two-party system” when she has backed out of several debates with Cox because she knows her views are unpopular with conservatives.

But she has RINO money, just like Liz Cheney.

The real story, which should be of interest to Fox viewers, is that some “Republicans” such as Schulz and Hogan are working to destroy the Trump movement in the party. What’s more, Maryland Democrats have intervened in the race, running commercials and producing fliers claiming that “Dangerous Dan Cox is Too Conservative for Maryland.” Schulz claims those efforts are meant to elect Cox, not defeat him.