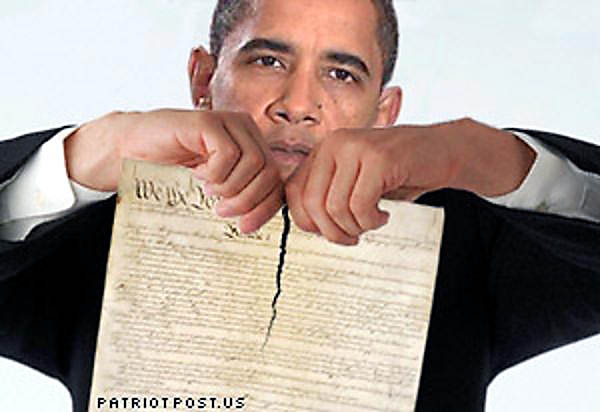 It would seem the Canadians get it more than Americans do and the Interpol Executive Order travesty is happening right in front of our oblivious noses:

Interpol has no special officers of its own, apart from HQ managers. Interpol acts through local police departments, seconding local officers to do its work in that particular country. This is what will make Interpol’s interventions so secret! The police officer at your door will not be wearing an Interpol badge, but the badge of your own local police force. This is why I referred you to the activity of the SS, who similarly worked through local police officers in countries they invaded. Interpol, then, will be in your midst and you won’t know it! And they will be used to cover-up what Obama and government don’t want you to know about.

I referred to the SS and went into detail on the Executive Order here and here… On those posts is also a list of links to others’ works so you can research this yourself and read about it all you want.

I hear many trying to downplay the whole thing claiming that it is for ‘security’ purposes and would apply to terrorism or taxes. It may include these, but do you really think even for a moment that this will not be abused? That this presidency is not gearing up to join hands with the International Criminal Court and the UN? What will it take for Americans to see this for what it is, an overthrow of the Constitution and the sovereignty of the United States?

Since originally writing on this, I have been accused of wearing a tinfoil hat, of believing in black helicopters, of being a right-wing loon – and those are the nice ones. Well, I don’t really give a crap what I’m called. However, I do give a crap that the American people wake up and see what is happening to their freedoms and I want to let them know what is being done and signed into law in the middle of the night. I want them to know that the rights we have all cherished since the inception of this great country are being stripped from us at a blazing pace unequaled in history.

Canada Free Press is right – Interpol won’t come to your door as Interpol. No, they will wear the uniforms we know and respect and like a thug in the night, they’ll be at your door and in your homes:

Secretary General Ronald Noble of Interpol, said on the occasion of his re-election to office on 20th September, 2005, “It was on that day (11th September 2001) that we first began reaching out to you in times of crisis, rather than waiting for you to ask for help. One can say Interpol was reborn on the 11th September, 2001.” (Acceptance speech, Interpol site).

Sounds good? What if the local social work department knocked on your door and said “We won’t wait until you call us – we will take your children from you right now, just in case”? Or, what if a surgeon called you into hospital and said “Today, I will cut off your left leg, just in case it gets injured sometime.”? Acceptable? I don’t think so.

Interpol says it is intervening whether we ask for help or not. Again, I ask you – what does that sound like? Interpol should stay where it is – a global database that only acts when a national police force asks for assistance. Interpol should NOT be acting otherwise and should NOT act under the aegis of the deceptive and Marxist monolithic UN! And Obama has no right to give Interpol complete immunity to do as it wishes, without the consent of the people. Like so many modern politicians, he is acting unilaterally, because he is totalitarian, cares nothing for the people, and is self-loving.

Interpol is using a typical Marxist ploy – identify a crisis and use it to bring the people on your side. The only ones who knew of this identification were the UN and Obama with his Democrats (who certainly don’t want you to know)! For some time, governments have used the Twin Tower evil to impose ‘security’ totalitarianism on the people. Call Bush what you will, but no terrorist activity took place in the USA during his time in office! This is because he called terrorists what they really are. Obama on the other hand, thinks they are his brothers (I wonder why?) and shakes their hand.

Obama signed the edict giving Interpol complete freedom to do whatever it likes, during the Christmas holiday period, to keep it quiet. It passed mainly unnoticed – but what media will say so? The media is still in love with the president who loves himself. He can do no wrong, even when he brings the USA to its knees. The knee-caps are broken, but hey – let’s crawl into oblivion!

You have seen Marxists, Socialists, radicals, Communists, criminals etc. crawling through our White House, through our hallowed halls. This must be stopped. We have become the laughingstock of the world and soon, if Obama gets his way, we will be one with the world and under the thumb of the likes of an oppressive government that Americans have never known. All because we could not confront evil when it stared us in the face and when it dared us to stop it.

Interpol is here. It will work unidentified. It can do whatever it likes. In this it is like Obama… secretive, dismissive of US wishes, and determined to be UN certified. Watch this space: America is already handed over to the UN, and if you don’t like it, Interpol will arrest you in the night. But, the officer doing it will be dressed just like the police in your home-town. That’s because they work for Interpol and are paid for by your taxes. And if you happen to fall down the stairs, the officers will be immune from prosecution. If that doesn’t sound like Fascist Germany, I don’t know what does.

Surely this is just guesswork? No, it is taking what is stated to its natural conclusions. It is a salutary lesson from recent history, a history that is bound to repeat itself. No-one thought Fascism or Marxism could ever work in reality – but both did, killing millions in the process. Your freedoms are almost gone. Take heed, America.

Interpol will make the elite in this country almost untouchable. They won’t be subject to what you and I are bound to legally or financially. Our nightmare is upon us and everyone can see it except perhaps America herself. America, don’t submit and bow down to this thugocracy. Gird your loins and purge your halls of the corruptness and evil that has invaded your leadership. This Executive Order must not stand and we must not give these powers to Interpol…

Read all of the Canada Free Press article here. This is a must read…

One thought on “Canadians – Your freedoms are almost gone. Take heed, America.”