I believe for the first time in 44 years or something like that, a Republican has won in Massachusetts… 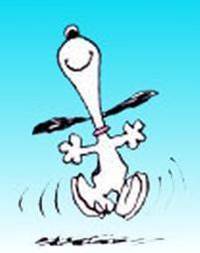 The Vote Heard Around The World

Congratulations to Scott Brown, the people’s choice! The first revolution started in Massachusetts and so has the second. We salute Scott Brown and want to say we are very proud of him. This is the REAL Boston Tea Party!!! Drudge…

Obama to seek $1.35 billion more for Race to the Top program

Morning Bell: Health Care in the Balance as Ground Shifts Under Obama

UK’s Only Options are “Default, Inflation or Belt-Tightening”

US Gas Likely to Top $3+ in Spring, Summer

US 2009 Foreclosures Shatter Record Despite Aid

Dr. Gary North: Why Deflation is Not Ahead

The Anchoress – The Living Psalm of Haiti

Daily Mail – Ban on drug that relieves arthritis pain… but not if you live in Scotland (Hat Tip: Bookworm Room)

Atlas Shrugs – Fearing the Will of the American People, Democ rats’ Illegal Plan to Nationalize Healthcare

Brown voted at the Delaney Elementary School in Wrentham at 9:30 a.m. His election night rally will be held at the Boston Park Plaza Hotel.

He told Herald columnist Margery Eagan on WTKK (96.9-FM) he’s operating on four and a half hours sleep and is already looking for housing in Washington, D.C.

And what would a Progressive vote be without the dead voting… (Hat Tip: Brian B.)

And from the ALG and Washington News Alert: ALG Foundation Statement on Polling Violations In Massachusetts

Everyone — and I mean everyone — is predicting Republican Scott Brown will handily defeat Democrat Martha Coakley in today’s special election for the U.S. Senate seat held for so long by Ted Kennedy. BUT, if the Election Journal story behind this video turns out to be true and blank absentee ballots are being handed out willy-nilly to air-breathing bodies in Massachusetts today, everyone will likely be proven wrong.

It was, after all, only nine months ago that voter intimidation charges against New Black Panther Party members were dropped nine months after an election-day incident, captured on the video below, took place at a Philadelphia polling place. Plus, Eric Holder, the man who refused to pursue those charges, is still the nation’s attorney general. Need I say more?

Rock the vote indeed – more like cook the vote…

By hook or crook – mostly crook, the Progressives will try and shove this down Americans throats. Madame Speaker – if you do this, there will be a price, a heavy one… The American people will not stand for your ‘Marie Antoinette’ tactics. We will be heard and we will take our freedom back. From Salon’s War Room:

“Let’s remove all doubt, we will have healthcare one way or another,” Pelosi said during an event in San Francisco on Monday. “Certainly the dynamic would change depending on what happens in Massachusetts. Just the question about how we would proceed. But it doesn’t mean we won’t have a health care bill.”

And some Democrats are now publicly saying that if Scott Brown wins, the health care bill could be dead and good riddance:

But never fear, the queen of asshats is putting his foot down – right on the Constitution:

Two words for ya Barney – Torches and Pitchforks… Two more: Tar and Feathers… Keep it up and there will be a Boston Teaparty that will reverberate around the world.