Breitbart is one of the strongest patriots I have ever known. We are very proud of him and what he does…

Spotlighting the egregious human rights abuses that take place on a daily basis in Iran, the pro-Israel student advocacy organization “Stand With Us” staged a silent demonstration in Manhattan on Sunday afternoon, September 19th at the entrance to Central Park on 59th Street and Columbus Circle. This graphic display of the terror that Iranian citizens face comes in response to Iranian president Mahmoud Ahmadinejad’s visit to New York, where he’ll be addressing the United Nations general assembly on September 23rd.

Approximately 60 people attended the silent protest which featured “street theater” including participants with blue duct tape over their mouths, signifying the lack of free speech or dissension in Iran, while others held signs that depicted the horrific human rights abuses that take place in that country. While there were no speakers or organized crowd chanting, the powerful message of those suffering under the draconian rule of the Iranian regime came across loud and clear.

Among those in attendance were long time Jewish activist Helen Freedman, the New York City coordinator of Americans For a Safe Israel along with a contingent of AFSI members. “We came here today to stand in solidarity with those Iranian citizens who are being beheaded, stoned and buried alive for speaking out against the tyrannical rule of the Iranian ayatollahs. It is the pinnacle of hypocrisy for Iranian President Ahmadinejad to come to New York and speak at the United Nations while his own citizens are not granted the basic rights of free speech that we take for granted in this country. We also hold the UN responsible for extending an invitation to Ahmadinejad,” she declared.

Holding aloft photos of those who have been tortured and murdered by the Iranian government for speaking out against the totalitarian rule of the government, the demonstrators also held signs saying, “Down With Dictators,” “In Iran, You are KILLED for Opposing the Government,” “Iran is the World Sponsor of Terrorism – Imagine Them With Nukes!” and “Impediment to Peace – Iran.” Most of the signs carried a photo of the face of Ahmadinejad. Many of those who participated in the demonstration were Iranian dissidents, now living in the United States and the United Kingdom, and those who personally felt the lash of Ahmadinejad’s government.

One such woman is Shahla Ebrahimi who came along with her husband, Alireza Yaghoubi and their teenage children Amir and Kosar. Mrs. Ebrahimi and her family now live in the UK where they regularly attend demonstrations on behalf of human rights in Iran. “Twenty years ago, I was arrested, blindfolded and taken to a purported court where I was not allowed to speak. I was imprisoned for three years for protesting against the Akbar Hashemi Rafsanjani and Khomeni regimes of oppression, intimidation, arrest and death,” she said. She added that her husband, Alireza, was arrested 14 years ago and imprisoned for 5 years in the Evin torture prison in Teheran. While being transferred from one place to another his back was broken by his Iranian tormentors and as a result of the tortures inflicted on him he lost most of his hearing.

During this tumultuous period, Mrs. Ebrahimi said that their so-called “friends” in Iran exploited their grievous situation and stole all of their money. Subsequent to their release, they traveled to Germany for a brief time and then back to Iran where her husband’s parents were dying. Alireza was immediately detained by Iranian police, she said. “My husband, Alireza, had to run away to the border with Turkey, where a smuggler found him after 20 days and for $10,000 was able to get him into England,” she emotionally recalled. Mrs. Ebrahimi counts herself and her children as among the lucky few who were able to get out of Iran and into England where they now reside along with her husband. Her children attend school in the UK. while Mrs. Ebrahimi is studying to be a dental hygenist.

“Thankfully, we were able to get visas and use our British passports to come to the US to attend this week’s series of demonstrations against Ahmadinejad.” said Mrs. Ebrahimi. “Our story and others just like it, need to be told. The world must wake up to the madness of this Iranian miscreant (Ahmadinejad) and take him seriously. Under his leadership and that of the powerful imams, Iran represents an existential danger to the free world. A nuclear armed Iran spells death and destruction to all peoples. We must raise our voices in outrage and indignation before it is too late.” 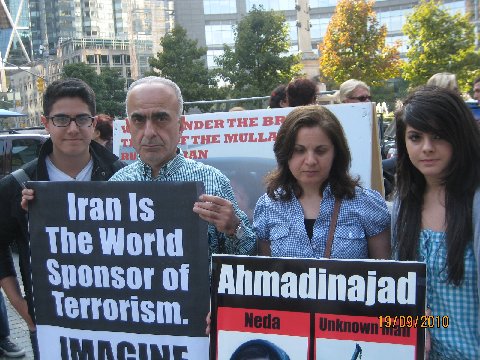 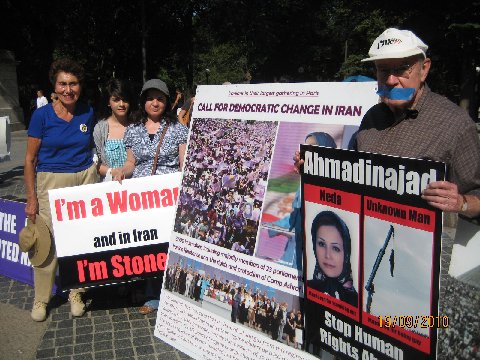 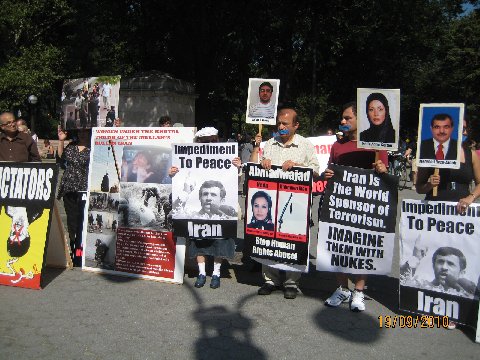 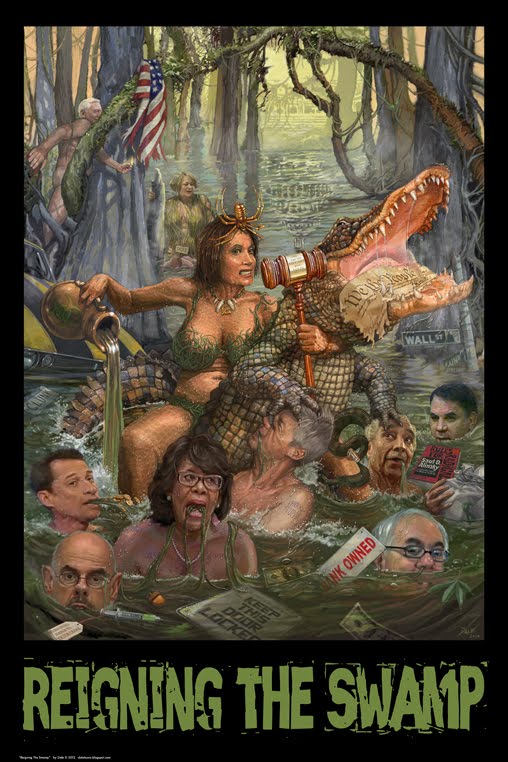 From: Out of Order the Blog

Why Does the US Need a Consumer Czar?

Government Believes It Has A Right To The Wealthy’s Income (Hat Tip: Brian B.)

We’re $12.3 Trillion Poorer Than We Were Three Years Ago (Hat Tip: Jean Stoner)

“FINANCIAL TELL” AT THE SACRAMENTO BEE

Was politics behind the government’s decision to preserve the UAW’s pensions? (Hat Tip: Brian B.)

Unions Struggling to Get Members to Rally Behind Dems