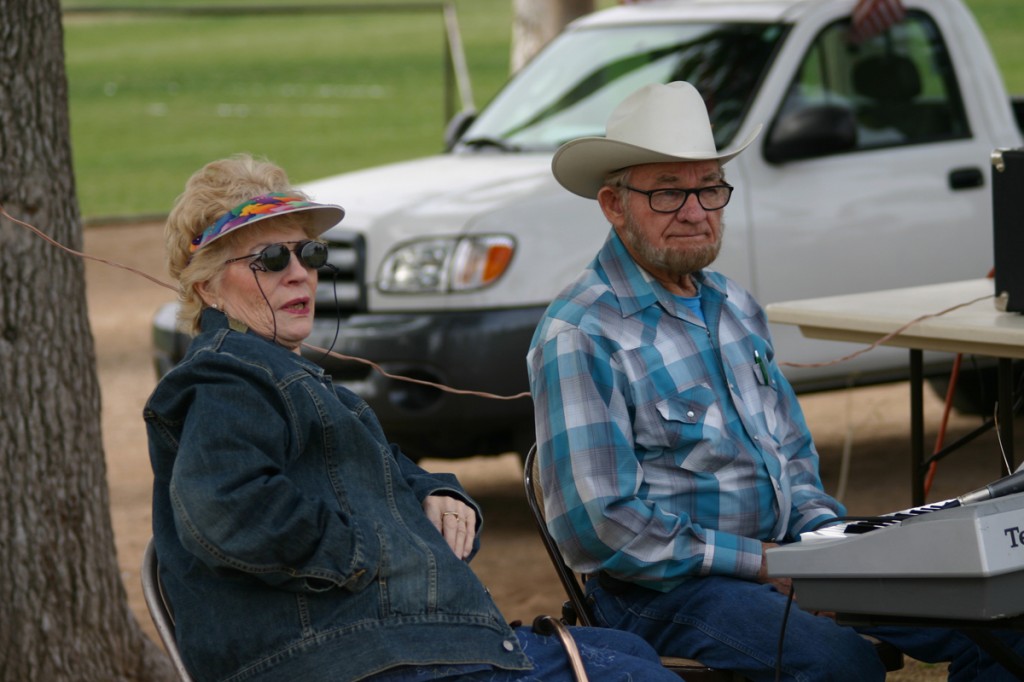 Most Americans watched with horror as the events in Tucson, Arizona unfolded on TV screens across the nation. As a nation we stand in collective shock that such an event could take place in this “Land of Freedom.” Much has been in the news for the past 48 hours concerning congresswoman Gabrielle Giffords, federal judge John Roll and little 9 year-old Christina-Taylor Green who, ironically, was born on September 11, 2001. This tragic event has received well deserved national attention. The heart of every true American has been deeply touched and saddened by this tragedy.

We have also seen stories about heroic actions taken by many of those who were there. The young Mexican-American, who had been on her staff for only 5 days and had very limited medical training, is credited by doctors at the hospital with keeping her alive until they got her to the hospital and the trained surgeons could take over. As others were justifiably fleeing from the scene, he was running toward the congresswoman even while the shooting was still taking place.

The gunman was restrained, first by an unnamed woman, then by two males in the audience. By the time the first responders arrived, with the exception of the medical needs, these heroes had the situation contained. Those who died here did so for no reason and their deaths could never be justified by any reasonable person. Today they rest in the arms of God.

Many of us who watched in horror on Saturday were in church on Sunday, as we are every Sunday. As a result of having received an e-mail from a friend in Texas, before any names were announced by the media, I learned the name Dorwin Stoddard and the actions he took which saved the life of his wife, Mavy, even at the cost of his own. He was 76 years old, Mavy was 75. Being 70 years old and married to the same girl for 47 years, I would like to think that in a similar event, I would have responded exactly as he did.

Our Lord has said, “Greater love has no one than this, than to lay down one’s life for his friends.” John 15:13 (NKJ)

Like many men, Dorwin Stoddard had stood before an alter and promised God and those present, that he would love, cherish and protect Mavy for as long as they both should live. On Saturday, he made good on that promise in no uncertain terms.

The Arizona Daily Star reported Sunday that the retired couple was standing in line waiting to meet Giffords when a gunman, later identified as 22-year-old Jared Lee Loughner, reportedly began shooting a semiautomatic weapon. Dorwan immediately pushed Mavy to the ground and covered her with his own body. He was shot in the head and for a few minutes was able to talk with Mavy before he quit breathing. “Dorwan and Mavy have worked on benevolence at the Mountain Avenue Church of Christ for years,” said one member. “They put their hearts into helping others that goes far beyond buying groceries. They have changed lives,” said one member of their church. Another member described the Stoddards as “the lifeblood of our church.” Mike Nowak, the couple’s minister at Mountain Avenue Church of Christ, said Dorwan Stoddard was “a terrific guy, a jack-of-all-trades.” He performed maintenance work for the congregation of 120. “If there was a men’s work day at church, Dorwan Stoddard didn’t just show up; he organized it,” said yet another.

As I entered our Sunday worship service, I saw numerous gray heads like myself entering, some with their spouses, others whose spouses have passed on to their reward. These are not individuals who the world would necessarily look upon as heroes, yet they have suffered the trials of this life, maintained their faith in God and are still able to smile and bring comfort to others. We are indeed a brotherhood of Christians. In addition, we are surrounded every Sunday by heroes who will never be given, nor claim that title. Dorwin Stoddard was such a hero.

I am reminded of a story of an old man who experienced car trouble. He had the hood up on a very hot day while his wife was sitting inside the hot car. A number of young men passed by, with no regard for the old man and his wife. A good Samaritan eventually stopped and provided the assistance the man needed to get he and his wife back on the road. The old man thanked the good Samaritan, who refused to accept any money, and handed him a business card. The man put the card in his pocket without reading it and continued on his journey. A few miles down the road he stopped and pulled the card from his pocket. On it, embossed in gold, was the man’s name. Under his name was the inscription, “Member, Congressional Medal of Honor Society.”

As we walk this earth, we are surrounded daily by unsung and unassuming heroes. I have learned over my lifetime that the true heroes are those who are the most unassuming and least likely to be viewed in that sense. It would be a wonderful world if we showed every person the honor and respect which God expects us to. We never know but what we may be standing, unaware, in front of an angel or a hero.

4 thoughts on “The Heroes In Our Midst”