President Barack Obama and his Democratic allies are using U.S. economic problems (which they partially created) to sell Americans on the need to cut defense spending.

This is what America’s enemies have wanted for decades. If America can be disarmed, Russia, China, Cuba and Iran will face little or no opposition to their plans for world domination.

More than two years ago, Cuban trained, former Weather Underground terrorist Mark Rudd, warned us that Obama’s game plan would be to exploit economic crises to push for defense cuts. 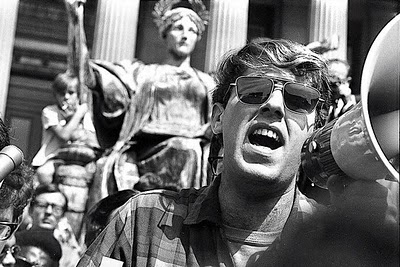 Rudd, an unrepentant Marxist to this day, works closely with at least three people who have been close to Obama in the recent past – Bill Ayers, Bernardine Dohrn and Carl Davidson. He is in a unique position to understand Obama’s long term strategy.

Mark Rudd wrote this analysis just after the 2008 elections:

Obama is a very strategic thinker. He knew precisely what it would take to get elected and didn’t blow it. He used community organizing methods to mobilize a base consisting of many people who had never voted before or who regularly don’t vote….But he also knew that what he said had to basically play to the center to not be run over by the press, the Republicans, scare centrist and cross-over voters away. He made it.

So he has a narrow mandate for change, without any direction specified. What he’s doing now is moving on the most popular issues — the environment, health care, and the economy. He’ll be progressive on the environment because that has broad popular support; health care will be extended to children, then made universal, but the medical, pharmaceutical, and insurance corporations will stay in place, perhaps yielding some power; the economic agenda will stress stimulation from the bottom sometimes and handouts to the top at other times. It will be pragmatic…

Obama plays basketball. I’m not much of an athlete, barely know the game, but one thing I do know is that you have to be able to look like you’re doing one thing but do another. That’s why all these conservative appointments are important: the strategy is feint to the right, move left. Any other strategy invites sure defeat. It would be stupid to do otherwise in this environment…

Read Obama’s first book, “Dreams from My Father.” The second section is the story of his three years doing community organizing in Chicago. It’s some of the best writing on organizing I’ve ever seen. That’s all it’s about, the core of the book. Obama learned many lessons of strategy and patience…

This is no stupid guy… Had any of the stupid Republicans read his books, they never could have said, “We don’t know who this guy is.” You know every thought he’s ever had.

This is as honest an evaluation of Obama’s strategy and tactics as you are likely to get.

Leave the military alone because they’re way too powerful. For now, until enough momentum is raised.By the second or third year of this recession, when stimulus is needed at the bottom, people may begin to discuss cutting the military budget if security is being increased through diplomacy and application of nascent international law.

That is the key phrase in Rudd’s essay.

The recession is three years in. Americans are war weary and worried about their jobs, their homes and their children’s future.

Obama has negotiated the New START disarmament treaty with Russia and invoked the United Nations’ Responsibility to Protect Doctrine in Libya.

Defense cuts are now on the agenda – supported by even some Republicans. Americans are being told the world is a place, reality notwithstanding.

In the most unstable period since World War 2, the U.S. is about to lower its defenses both globally and at home.

Wish I was a champagne merchant in Moscow right now.