For several years, the Missouri/Kansas branch of the Communist Party USA has been infiltrating sympathizers into the Missouri State Legislature.

A former auto worker, Smith is an active member of the Normandy Township Democratic Club and was elected as a Barack Obama Delegate to the Missouri Democratic Convention in 2008. His other memberships include the NAACP, Young Democrats of St. Louis and North County Labor. 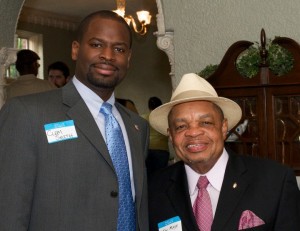 More significantly, Smith is also active in the local branch of Coalition of Black Trade Unionists, which was founded by Communist Party veteran Jim Wilkerson and is now led by long time Party affiliate Lew Moye.

The C.B.T.U. has been used by the Communists to promote several comrades into the State Legislature and onto the St. Louis City Council – all on the Democratic Party ticket.

Clem Smith is undoubtedly radical and on friendly terms with the Communist Party.

In 2008, he signed a statement circulated by the Partisan Defense Committee calling for the release of convicted “cop-killer” Mumia Abu-Jamal.

“Government has a responsibility to assist people in these hard economic times,” Smith told a crowd of about 150 protesters on the Missouri state Capitol steps March 4, 2010.

“After 13 years of loyal service,” he told the Communist Party’s People’s World, March 5, 2010, “I was unemployed. I looked for a job. I got my resume in order. But there were no jobs.”

Smith told the Communist Party USA‘s People’s World, Jan. 7, 2011, “Republicans want to give tax breaks to the rich. They want to let corporations have free rein. They want to weaken unions. And they want to destroy our social safety net.”

Newspaper Guild International President Bernie Lunzer was the main speaker for the event.

The awards honor the memory of late Communist Party member Hershel Walker, who died in 1990 at the age of 81. 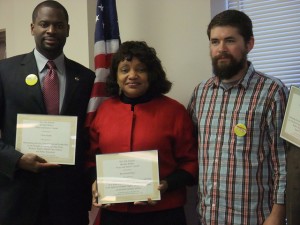