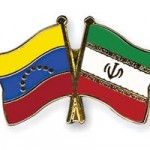 Venezuela and Iran are preparing a new meeting of their Joint Commission in the next few days to strengthen bilateral strategic ties in several sectors, the Foreign Ministry said Sunday.

The preparatory meeting is being held in Tehran with the presence of Foreign Minister Nicolas Maduro, according to a Foreign Ministry press release.

The head of Venezuelan diplomacy met on Saturday with his Iranian counterpart, Manouchehr Mottaki, and Industries and Mines Minister Ali Akbar Mehrabian, the press release added.

Maduro and Iranian authorities discussed the meeting of the Joint Commission in Caracas, where the two governments will review dozens of agreements on human development, energy, food production, industrialization, technology transfer and housing.

The strategic ties between Caracas and Tehran have been sealed in several meetings between Presidents Hugo Chavez and Mahmoud Ahmadinejad.