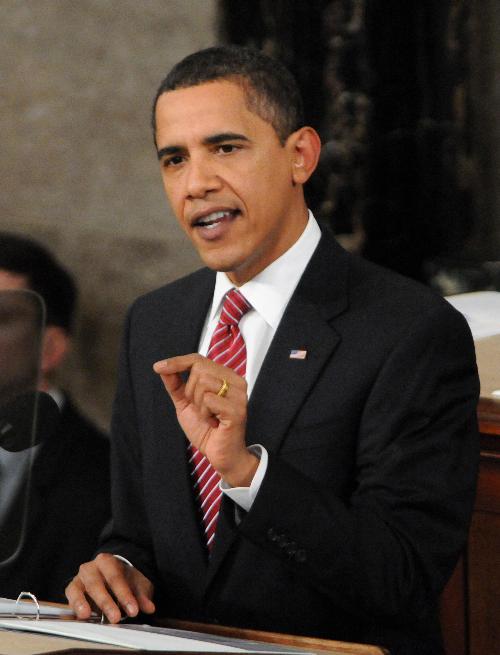 Lights, cameras and a Marxist, political media whore is born. As the media fawns in the presence of the Obamessiah, we all watch in dread the Obama strut on the debt ceiling. Americans would never ask their President to turn away from his ‘true’ vocation. And by the time Obama is done lying today, we’ll all be in search of either a rope to hang ourselves or in desperate need of a roving gang of monstrous aliens we can slaughter. Anything, and I mean anything, to take our minds off the destruction of America’s future by our so-called leadership.

I listened to sanity coming from Jim DeMint when he called for Cut, Cap and Balance. It’s just common sense:

And then made the tactical error of tuning into the news where I was treated to Obama wobbling like a massive pile of jello – he won’t give a solid number for the Republicans to deal with. Hell, he won’t give a plan at all. It’s the never ending dance of “gotcha” that the Obama administration plays with the American public. And just like Lucie in the skit with Charlie Brown, Americans always wind up flat on their backs wondering what happened. That’ll be 5 cents please…

Sure, there will be a lame vote next Tuesday where the Republicans are proposing we raise the debt ceiling 2.4 Trillion and reduce the debt by the same amount. Wait a minute… I’m not a genius, but doesn’t that cipher to not much progress at all? That doesn’t sound like the salvation we so sorely need; it sounds like classic politics where the can is kicked down the road and we are still screwed financially – they are just going to prolong it while the politicians finish raping the system of every dime in grandma’s couch. They are absolutely shameless.

Those in office who are with the Tea Party need to call Obama’s bluff and tell him to stuff it. Sure, we lose no matter which way we go. But let’s take our medicine and at least save what’s left of the country. If we don’t, I guess China will be more than glad to rule us. Better start learning Mandarin and fast.

But in the end, no matter what Conservatives, the Tea Party and Americans want, Obama will have his way with us. Making Americans feel just like a girl for hire. He wants the system to fail – yeah, baby… I would not be surprised to see him ride in on a white steed at the end of these negotiations and sign an Executive Order raising the debt ceiling. He’ll say the evil Republicans forced him to do it, because they wanted to destroy the county. And after all, he knows what is best for America – him and his minions: Timothy (tax cheat) Geithner, Ben Bernanke, Nancy Pelosi, Harry Reid and a whole cast of evil surrogates.

Where lies and deception reign supreme, they’ll all dance the Obama strut. It’s just a form of appreciation and elite theft. And don’t forget the race card – whenever things don’t go the Progressive way, they pull the race card from their sleeve and claim it’s because Obama is black.

According to Obama, Armageddon is looming and we are doomed I tell you if we don’t raise the debt ceiling. Never mind that is a bald faced lie – it’s dramatic, no? And in the next evil breath, he says that there is no need to do anything radical – that is as long as you do what he wants. You can’t win with Obama and that’s the point.

Here’s an idea… Cut the damned spending! Cap it while you are at it and balance the budget.

You’re playing with our lives and our country and you’ve got butter fingers! Knock it off, grow up and stop this. And if Obama won’t, well Republicans better grow a set and make sure he does. Stand your ground and get this done. Or all of you will be strutting right out the door come the next election in 2012. Count on it.

14 thoughts on “The Obama Strut”