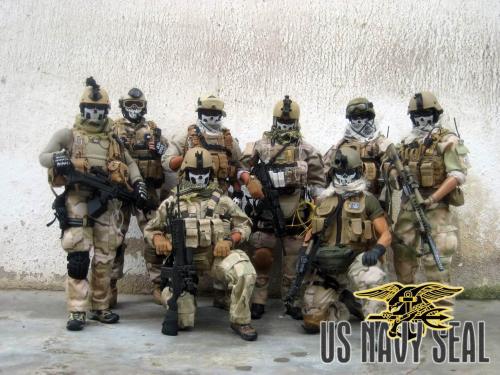 An investigation of President Obama and his administration must commence immediately.

Obama’s appointees could access sensitive military and National Defense information while in our White House, to include military missions that were planned for SEAL Team Six. Important questions surround the murder of 30 U.S. special operations troops, which included 17 members of Navy SEAL Team Six.

Pentagon Changes It’s Story on death of SEAL Team 6, Number of SEALs Killed Changes From 22 To 17

An investigation is fully warranted, starting with the takedown of Osama bin Laden by SEAL Team Six in May 2011, their subsequent murder on August 6, 2011 and the actions of Barack Obama and his appointees before, during and after these events.

Questions That Must Be Answered:

Obama’s Outreach to the Muslim Brotherhood:

Cozying up to known terrorist leaders who say they want to destroy America and doing their bidding by going against America’s closest allies because they are targets of these terrorists is dangerous. The Muslim Brotherhood has stated plainly that they seek to destroy “little Satan” (Israel) and “big Satan” (America). Obama’s actions with regard to the Muslim Brotherhood and those who have ties to these terrorists is beyond comprehension. In the article, “Palling Around with Terrorists,” the following was noted – with links that provide the details:

“Obama and Hillary Clinton are reaching out to the Muslim Brotherhood, a radical Islamic fundamentalist group committed to the destruction of America, Britain and Israel and identified as a terrorist organization by the U.S.

Obama puts Israel on a list of countries that support terrorism while he supports the Hamas-ruled region of Gaza.

Obama began talks with the Taliban to negotiate with these terrorists.”

Other Facts Regarding Obama’s Perplexing Actions:

Obama called for Israel to return to the 1967 borders on May 19, 2011, knowing full well that Israel will be unable to protect their people from annihilation with those indefensible borders. Yet when he campaigned for the Presidency, Obama said on June 4, 2008, that he would stand with Israel if he were elected President.

Obama Calls On Israelis And Palestinians To Use 1967 Borders

Obama is bringing tens of thousands of Muslim illegals to America from Somalia (they are called “refugees”).

Obama bowed to the Saudi King, something no U.S. President has ever done.

It must be determined whether Obama’s actions and the people with whom he surrounds himself compromised our SEAL Team Six and SPECOPS troops. The fact that Obama brings individuals into our White House who are allegedly associated with the Muslim Brotherhood, coupled with the other actions he has taken, screams for an investigation into the murder of our beloved Navy SEALs and SPECOPS troops.

The American people must demand it and Congress must carry out this investigation immediately.

Note: There have been kind comments from a number of people that the above pic is not real. We do know that, it was just a graphic for emphasis. Thanks to all who pointed it out!