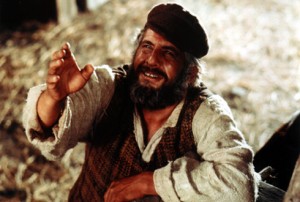 No matter how the Left tries to spin the Republican win in NY-9, the fact is Obama and the Regressives got weinered, I’m talking stuck, skewered, screwed. How else can you defend getting your butt kicked by a rich old white Republican in a Democrat-dominated heavily Jewish district?

Weiner had a little to do with the loss, I’ll admit. But in the scheme of things Weiner was a minor player. And for New Yorkers, Weiner represents the type of Liberal they would have forgiven and promoted in the past, a mousey Jewish guy whom the Left canonizes.

Losing NY-9 was a big blog to the Liberals, and frankly, I’m concerned about Obama. I’m not sure how much more bad news can be heaped on his frail little padded shoulders. It simply has not been a good run over the past few weeks, when you think about it.

Unemployment up, with no end in sight. When the White House tells you that they predict unemployment will remain above 9 percent, you know they know they are in trouble. It’s like the first step in the 12-Step Program.

Another bad indicator: Homelessness is up, and this despite Obama’s adding 24% to the budget to fight homelessness. It’s almost as if Obama is paying people to kick people out of their homes.

The stock market is schizophrenic to say the least, showing essentially no gain for the year. Adjusted for “real” inflation or the devaluation of the dollar, the stock market has gained nothing. And if that’s not enough, the market tumbles each time Obama speaks publicly, as if the market knows that Obama will introduce another inane economic idea.

Obama got his money to raise the debt ceiling, and that money isn’t helping the economy at all, allowing Obama to just pay the vig on the Chinese debt. Incomes falling, poverty rising, no bump from killing Osama, it seems that everything Obama touches turns to turd.

If I were somebody close to Obama, I’d put him under suicide watch.

The first hint came with the loss of “the Kennedy seat.” Obama played it cool. No big deal. The election of Scott Brown didn’t affect the outcome of ObamaCare.

Next, three governorships went to Republicans in formerly Democrat strongholds. Obama was cool yet again, because that is his style. Cool under fire…publicly. Privately Obama was smoking like a chimney in fetal position on the sofa in the Oval Office.

The final warning bell came in what can only be described as The Carnage of 2010 for the Left. When the results of the election of 2010 were evaluated, Obama finally got a clue.
Obama admitted to receiving a shellacking. “That’s what elections are for”…shellacking!

Turner’s win is yet another indictment of Obama and Liberalism.

In this heavily Jewish NYC district, Democrats outnumber Republicans 3-to-1. But as reported in the Wall Street Journal Online, DNC Chairman Debbie Wasserman-Shultz had this to say:

It sure is a very difficult district for Democrats…to LOSE! But they DID IT!

The Democrats were so desperate to win in the heavily Jewish district that they replaced Weiner with David Weprin, an Orthodox Jew.

There go those Democrats, clinging to their Jews and their religion! – Kevin Jackson

Can you imagine what’s happening within the DNC headquarters at this moment? I’d be updating my resume, if I were them. That place must resemble a morgue. No matter what they do, they are getting fleeced by the Republicans, and the Republicans don’t even have a strategy!

The Democrats demise is self-inflicted, which by the way makes it all the more fun for me. They stayed too long in the sun and are sunburnt red like a baboon’s butt. Democrats have NO clue what to do, because their disease causes dementia.

I have a suggestion for Liberals. Start digging your rat holes.