This video was taken at the annual Al-Quds rally at Queen’s Park in Toronto on August 28, 2011.

This is disgusting and history is repeating itself. Shame on these hateful, hateful people. Leave Israel alone and shut up.

The still on the next clip looks the same, but watch. It is very different.

Posted on the White House blog 5/26/10, just six months before Solyndra almost went bankrupt and was bailed out by a White House campaign bundler. 16 months later the company finally collapsed.

A story that bears many similarities to the one involving Solyndra, the Fremont, Calif., “green energy” company that received $500 million in federal loan guarantees shortly before filing for bankruptcy, is taking place in tiny Moberly, Mo.

Founded in 1866, Moberly is a town that, according to the city’s website, seemed to spring from the prairie overnight in 1873, earning it the title, “The Magic City.” One-hundred-thirty-eight years later, the city of almost 14,000 lost a little bit of its magic when a start-up newspaper founded by Janet Morales closed its doors.

Morales, 54, founded The Moberly (Mo.) Mirror & County Observer after working three years at the long-established daily newspaper, the Moberly Monitor-Index, as a news reporter. Unfortunately, her newspaper venture would end also — in April 2011 — after she caught flak for having had the gumption to ask local officials questions about an economic development project Gov. Jay Nixon (D-Mo.) announced July 9, 2010, would bring 612 jobs to the community.

That economic development project involved Mamtek International, a sucralose-production company that needed a U.S. location for a new facility where it would use a new “green” approach to make its artificial sweetener/sugar substitute, Sweet.Zero™.

EDITOR’S NOTE: Recently, a woman I’ll call “Janet” met with me for more than six hours to discuss two court cases in which she’s involved. One is a Family Court case involving the welfare of a child, while the other is a Probate Court case involving the welfare of that child’s great-grandmother. Names and case-specific personal details in the stories below have been changed in order to protect the identities of the innocent people involved. 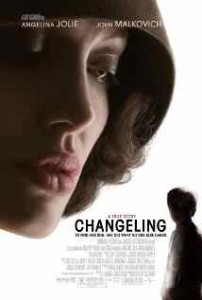 Unlike other middle-age Americans who find themselves caring for both young children and elderly parents, Janet’s status as a member of the “sandwich generation” is unique. Rather than simply care for her almost-seven-year-old granddaughter and her octogenarian mother at the same time, the 40-something woman who once earned six-figure income as manager of a high-end fitness center/spa in a posh St. Louis suburb finds herself fighting for both of them in separate cases at the St. Louis County (Mo.) Courthouse. After years of legal wrangling, she now finds herself on the verge of bankruptcy, having thrown everything she had into the effort to save the two most important people in her life.

“Sometimes I feel like that movie is my life,” said Janet, referring to “Changeling,” a 2008 film in which a grief-stricken mother takes on the Los Angeles Police Department to her own detriment after it stubbornly tries to pass off an obvious impostor as her missing child. Unlike the movie, however, Janet’s child isn’t missing; instead, her granddaughter is on the verge of being taken from her family permanently. In addition, her mother has, for the most part, already been removed from her life.