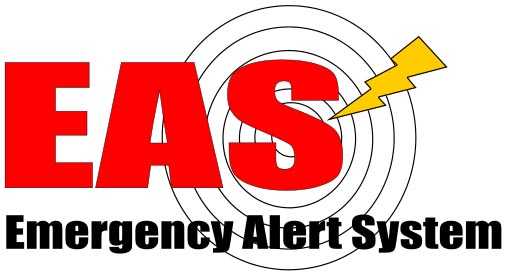 On November 9th, at 2 pm EST, the government will seize the airwaves in America for 3 1/2 minutes to officially test the Emergency Alert System. This is the first time ever that this has been done and the implications of such a test are alarming.

From Paul Roberts at CSO:

Remember when the emergency broadcast system sounded on your television on Sept. 11, 2001? One long piercing beep followed by useful information on how to respond to the news that we’d just been attacked by terrorists. Perhaps you don’t remember because it never happened. Neither the Emergency Broadcast System (EBS) nor its successor, the Emergency Alert System (EAS), made a peep on 9/11.

The lack of noise sparked a public debate about the system’s usefulness.

Conceived as a way for the president to communicate directly with the public in the event of a “national emergency,” EBS was retired in the 1990s and replaced with EAS in 1997. The national emergency warning system went digital and was extended to state and local authorities, enabling them to distribute emergency information via broadcast stations.

One wonders, why now? Oh boy, I could give you an earful on that one. My gut says this is a display of control and an implied threat. It shows just how fast and completely Obama could seize full control should he decide it is warranted. Any appropriate emergency (real or fabricated) will do. Only the President has the authority to implement this at the national level and he has assigned that authority to the Director of FEMA. The test will be conducted jointly by the Department of Homeland Security (DHS) through FEMA, the Federal Communications Commission (FCC) and the National Oceanic and Atmospheric Administration’s (NOAA) National Weather Service (NWS). Doesn’t that just make you feel all warm and fuzzy? It makes me tingle like the prelude to a monumental disaster.

So what will this disaster be? Inquiring minds would really love to know. It’s like watching a really bad horror flick and seeing the blonde heroine go down to the basement and wonder out loud, “Billy, is that you?” And we all know what happens to the blonde, don’t we? Well substitute the American public and you are getting closer to the truth. Whether it is a terrorist attack, plague, Occupy Wall Street with hippies run amok or civil unrest in general from a financial meltdown, it’s sure to be a thriller of an event.

Look at the various governments around the world who seized the airways in a time of crises. Never turns out well for the people, now does it? So, the test will take over all radio and television. I wonder if any of this applies to the web? It did in other countries. And I wonder if everyone knows this is going to take place. Warnings of the test seem scarce and low key. So, how many people will panic when the test goes live in the middle of a week day – a business day in America? And why 3 1/2 minutes? Just to let the threat sink in good and hard? This whole exercise smacks of unconstitutionality and brute force.

Except we aren’t laughing. These morons believe that somehow asserting their authority over all broadcast speech will somehow reassure us that they have everything well in hand, that it is for the good of us all, and that nothing can go wrong (… go wrong … go wrong …). Remember, if this were an actual test…

22 thoughts on “If This Were An Actual Test…”