If the fundamental of fairness is that someone sacrifices, it isn’t fairness at all. It is revenge!

Sacrifice is an act done to right a wrong. This is not to say that in times of limited resources, there is the sacrifice of taking less, a part of an objective act on the basis of a factual certainty of there not being enough resources for the survival of a specific group of people, usually in an emergency situation and on the idea of the weight on the conscience of any who would take more, that they are sacrificing others for themselves. This is a morally wrongful act of death and infliction of injury on another, and thereby not a sacrifice at all, for, in that circumstance, there is nothing making that one human life worth more than all the rest.

Of course one must also consider corruption in those who decree the necessity of the sacrifice, such as a king or others who claim the wrath of a deity if you don’t. This may well be using the innocent masses in a like manner to how a con artist uses one mark to pay off their misdeeds to another. This is the principle, the purpose, of sacrifice, a means to right some wrong that will satisfy another and end turmoil; a process to atone for some misdeed, at least in the eyes of one’s self if no one else, or in response to someone rising to claim a wrong done and wanting to be made whole. The point being a certain wrong has taken place and sacrifice is the means to right that wrong, to bring an end to some conflict.

Thus, when government suggests there is sacrifice to be had, and particularly this President, what wrong is being corrected? In actuality: none.

What trial? What due process? What presentation of facts? What rebuttals? What objective magistrate? What judicial determination? What, if any of these, has occurred to establish the wrong? Who brought what action to what body to determine the wrong? A: no one.

The politics of Progressivism is to appeal to the emotion, to find a way to bring one to arrive at the conclusion of a wrong having occurred, and a fairness needing to be administered, on the basis of empathy, of transferring one’s jealousy of their neighbor into actions on behalf of a government willing to abuse this uglier side of a person’s thoughts.

This is why it is merely the Politics of Fairness. A pure manipulation because no actual wrong is attached but one of circumstantial conviction on the basis of rhetoric and the manipulations of emotion that come with it. This will especially be true when the economy is down, as it is now, and is easy to manipulate when those who’ve followed the ideology that began the promotion of this false relation, Marxism, and they who have taken on all the component beliefs necessary to set aside all ethical and moral principle–for sake of the appearance of these as some aspect of “social justice” for the catchphrase of the moment–are willing to support government in implementing this plank, this footing, of the foundation for the ultimate goal of that ideology in which these people have made such an ego investment.

My “fair share” is my own voluntary self-assessment, that one hopes is honorable, that, in most cases, once was, but has been corrupted by government skewed rules, by “allowances” and “write-offs” as forms of government property, that they can then claim we are using as a “benefit,” to encourage the dishonorable tendency to take all one can get, treating the amounts as an entitled legal right, where the government’s definition of these justifies taking them. Essentially, our voluntary self-assessment starts as honorable, and ends up corrupted by these government owned and created benefits which total up to a savings we admire so much we feel compelled to use them. Through this notion of fairness, including taking our fair share of this type of government benefit, we are blind to the fact we’re making it a “co-operative” or “joint” assessment. It is in this we subject ourselves to being 2nd guessed, a co-mingling that makes the entire amount subject to government jurisdiction, their intrusion now justified as an investigation of our using that government benefit which is their property.

What I find most terrible about this is that we accept the entire process as the means to an end, as a necessity incident to having a government, that we do not place our relationship to government within the same relationship we have with our neighbor. If our neighbor did this, if the person we bought something from did this, or a business did this, we’d be all over it as a wrong, and in that instance the wrongful gains would require sacrifice to make us whole. However, instead, when it’s “government,” we assume the power of government is over us, in the form of stubbornly doing whatever it wants and as something we can do nothing about), routinely we capitulate to the force this represents to the cumulative point of acquiescence. It is the King coming and taking the virgin wife of a newlywed couple to the Royal Bedroom on the idea that it is the King’s prerogative because he is the King all over again, and we turn a blind eye on the assumption the guards will kill us if we do anything else.

The Politics of fairness is the harnessing of the anger, the tears, the pain, and frustration attached to all the wrongs that have occurred in our lives, to which we let it happen for the good of the situation, then only to find the whole thing was a lie, or to which government was the taker, and of course we always made the best of it, but harbored the rightful sense of this wrong being perpetrated against us by our own government, a feeling that comes with the adjunct, “one day it’ll fix itself,” as though government ever does that, when in fact this is a statement of the revenge we hold, “one day I’ll fix this.”

This is what Barack Obama and the democratic party are appealing to by their rhetoric, using government and whatever other powers have no conscience when causing agony, as the manipulative tools to force popular opinion, to force a collective set of ideas and values amongst those listening, to foster hate, to tap into the negative energy created by the suggestion of a perpetual sense of being wronged, and to which “fairness” is the answer. “Hope and change” was the mantra of those who let their anguish become a smorgasbord opportunity for the politically ambitious who will leave no stone unturned in establishing their dictatorial right in the minds of the people. These are using hatred as a torturer uses pincers to reopen an old wound and pour salt on it, to eventually seal it again with melted lead, only to forcibly rip the lead out once more with a jovial “good morning it’s the next day and time to do it all again,” spit in your mouth and tell you “that’s breakfast.” Think I this is just an over amplified expression of my own anger at the current situation? Here’s the record to prove at least 3/4 of it is true, the rest was certainly a bit of artistic license of the likely, Acrobat pages, 2-3 here, http://itpedia.nyu.edu/mediawiki/images/3/3e/Foucault-Discipline_and_Punish.pdf.

In all, there is nothing unfair about some having more than others, just ask Hugo Chavez, Fidel Castro, the Supreme Leader of Iran, and our own President, as well as others, though they’ll make sure to express the public good aspect of who they are and/or their management of the position they hold as justification for their “enrichment.” And it is in this justification where one finds the the truth in all of this, dare I say for absolute accuracy “scandal,” that “fairness” is merely a tool of power, means of keeping their power intact, a force of mind. Their desire only this: A self-proclaimed fairness that is their entire power, valued by their personal fruits reaped at the expense of the masses who follow and are sure that, “he’s making it better for me,” irrespective of their cost of living, of surviving, of the lack of having any opportunity to do more than survive, to just “skyrocket” into oblivion. And in any given moment where there is the slightest sign these followers may be at all disgruntled, the leader picks another target who can be pointed at, mocked, ridiculed, and taken from, to pay-off the sell-outs of their own Liberty. Yes the other ugly head of “Progressive taxation” as a new class who makes less than the old class, is the new victim of this manipulation, to reignite the egocentric certainty of a leader and those of the same party who hope to lead after him.

This is the meaning of “fairness” as engendered by those defining it as a collective value to the masses, a mockery of freedom that cannot be left unchecked without achieving the certain goal of tyranny and despotism that always results from vesting absolute ruling power in a Dictator. 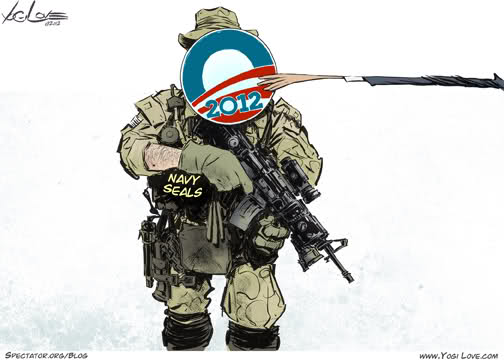