The title could easily have read, Progressives Don’t Believe in American Individual’s God-Given Rights as Protected by the Bill of Rights; but that would be too long and wouldn’t fit on one line. Our left leaning elitists in Congress believe the average citizen isn’t trustworthy, has a penchant for violating the rights of his/her fellow citizens and certainly can’t be trusted with a gun. Kurt Nimmo in his article, Congressional Democrats Introduce Amendment to Outlaw Self Defense, explained how they plan to deny states funding unless citizens are put in their place.

“The Congressional Progressive Caucus has announced it will introduce legislation designed to strip Americans of the right to defend themselves. Called “Stop Shoot First Laws,” the amendment to the Commerce, Justice, Science Appropriations bill under consideration in the House would deny states federal funding allocated under section 505 of the Omnibus Crime Control and Safe Streets Act of 1968 if they continue to allow citizens to defend themselves.”

Progressives, Socialists, Communists or Totalitarians; call them whatever you want, have similar goals; to deny individuals their God-given inalienable or Natural Rights. The unwashed masses should be ruled over as opposed to self-governed. In other words, progressives don’t believe in America.

“Experience should teach us to be most on our guard to protect liberty when the government’s purposes are beneficient… The greatest dangers to liberty lurk in insidious encroachment by men of zeal, well meaning but without understanding.” Supreme Court Justice Louis Brandeis

Hollywood pushes the leftist progressive agenda in much of their so called entertainment; sometimes done in such subtlety as to be almost invisible. The American President, a Rob Reiner film (1995), was one of their best examples; a dyed in the wool conservative tea party movement guy like me bought the DVD so it could be enjoyed over and over.

The movie is about gun control along with environmental issues up for vote in a divided Congress, one of the best examples of modern day progressive propaganda ever recorded on film, the President struggles to get his crime bill passed. In the end he changed the bill and says that, and I quote; “You cannot address crime-prevention without getting rid of assault-weapons and handguns. I consider them a threat to national society (security?) (..) and I’m gonna’ get the guns!” (Read the linked article; but be prepared for an assault on reasoned thought, not to mention grammar and spelling.)

Progressives fail to recognize they live in America, not some back water third world dictatorship. America is a land where its people recognize man’s relationship with our Creator, God, Lord and Savior. His hand touched the minds, the very souls of our Founding Fathers as they were inspired to write the most articulate and nearly perfect documents in the history of the world. Our Declaration of Independence and Constitution are the foundations upon which the Great American Experiment springs from.

His hand guides us in our daily successes and are often times referred to as Providence; that power which made it possible for a handful of farmers and a rag-tag army to defeat the most powerful military force in all the world. This is a people who are defined by their moral and religious integrity and yet progressives deny the existence of God by their thoughts and actions. The Constitution should have been scrapped a long time ago; nothing but a burdensome hodge-podge of gobbledygook that keeps government from being able to properly rule the people; isn’t that how progressives view things?

Thomas Jefferson stated, “No free man shall ever be debarred the use of arms. The strongest reason for the people to retain the right to keep and bear arms is, as a last resort, to protect themselves against tyranny in government.”

When you hear folks like The Congressional Progressive Caucus, the Institute for Policy Studies, MoveOn.org, the NAACP, National Council of La Raza, Hip Hop Caucus and other liberal and so-called “progressive” organizations clamoring to abolish 2nd Amendment rights, red flags should alert you to stand up and do battle with them. The red flags you see are your God-given inalienable rights being threatened and once lost these rights are only retrieved through the shedding of much blood. 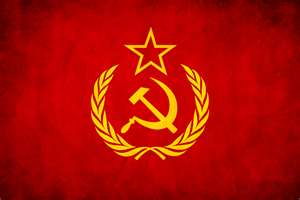