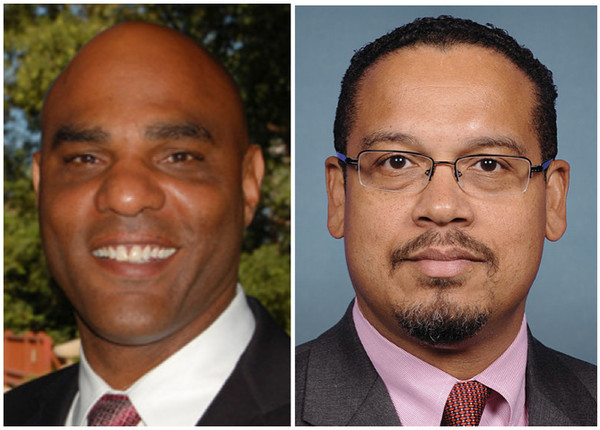 How are the people in Minnesota’s 5th Congressional District doing while Congressman Keith Ellison spends his time and energy protecting the interests of known terrorist front groups? What about America’s interests? Where does he stand on issues that are important to us? And what solutions does he offer for the economic challenges we face?

Chris Fields will be the clear choice in November if voters have an opportunity to learn the truth about Mr. Ellison. Not what Mr. Ellison says on the campaign trail, but what he’s actually done and what he wants to keep doing as a U.S. Congressman if re-elected.

Does Mr. Ellison care that he is alienating Muslim-Americans who came to America to escape the tyranny and oppression of totalitarian, terrorist-supporting regimes? They are appalled at Mr. Ellison’s long-standing ties with terrorist front groups and they directly urged him to reconsider, but he chooses to ignore them.

Mr. Ellison’s recent actions are even causing some Congressional Democrats to distance themselves from him, but it appears Mr. Ellison does not care. Instead of working for the people of Minnesota who pay his salary, he chooses to spend his time protecting and supporting terrorist front groups.

What did Mr. Ellison do after the above events occurred? He flew to Arizona for a CAIR fundraiser on September 18, 2009 and has continued to spend his time working to support their interests.

As recently as May 2011, Mr. Ellison traveled to California to be the keynote speaker at yet another CAIR fundraiser.

Even as far back as 2006, Mr. Ellison attended the August CAIR-sponsored fundraiser where:

“According to the Washington Post, Ellison’s CAIR campaign fundraiser was headed by none other than CAIR co-founder and executive director Nihad Awad. Awad also bundled contributions on behalf of Ellison’s campaign.

So who is Nihad Awad?

According to Justice Department, Awad is a longtime Hamas operative. Multiple statements made by federal prosecutors identify Awad as one of the attendees at a 1993 meeting of US Muslim Brotherhood Palestine Committee leaders in Philadelphia that was wiretapped by the FBI under a Foreign Intelligence Surveillance Act (FISA) warrant. The topic of discussion during that 1993 meeting was how to help Hamas by working in the U.S. to help sabotage the Oslo peace accords.”

“California Sen. Barbara Boxer rescinded an award to a local CAIR chapter, which she called a mistake, expressing her concerns after she heard from law enforcement officials that CAIR “gives aid to international terrorist groups.”

Another group that Mr. Ellison supports, Muslim American Society (MAS), was described by the federal court as follows: “MAS was founded as the overt arm of the Muslim Brotherhood in America.”

Today, Congressman Ellison spends his time working hard to rally support from the lame-stream media and in D.C. to block a fully-warranted national security investigation that was requested by members of the Select Committee on Intelligence. As a result of his attacks, a 16 page letter with 59 footnotes was sent to him explaining why the investigation is needed, but he continues his efforts to block it.

If these known terrorist front groups with whom Mr. Ellison has aligned himself have nothing to hide, why is he fighting so hard to block the investigation?

Is this the kind of work the people of Minnesota expect their Congressman to be doing?

ELLISON’S SOLUTION FOR MINNESOTA AND WHERE HE STANDS ON ISSUES THAT MATTER:

Last month, Keith Ellison claimed that high unemployment persists because the government isn’t large enough. I kid you not!

Congressman Ellison’s singular solution to the problems we face is to enact even more burdensome regulations to further tie the hands of job creators and increase the cost of goods and services that we need.

His Congressional opponent, candidate Chris Fields, said that “things are especially bad in the 5th District, where we have the largest unemployment (gap) between blacks and whites in the entire country” and he claims, “In order to get our economy back on track, we need government to get out of the way!” He’s right.

Mr. Ellison has been a U.S. Congressman since 2006. When he took office, the unemployment rate was a little above 4%; it is now over 8%. Based on what he has done from 2006 until now, how has it worked out for us?

Congressman Ellison’s special interest group ratings show us who he supports and, thereby, where he stands on important issues.

For example, Mr. Ellison does not support citizens for tax justice, national tax limitations or citizens against government waste. He supports unions, but he is consistently against American businesses… you know… those places that provide us with jobs.

Mr. Ellison does not support affordable energy for the poor, energy security or Americans’ Constitutional right to own private property, but he fully supported spending billions of our tax dollars on the “green” companies that have gone belly up.

While he lends no support to the Minnesota Family Council-Minnesota Family Institute, the American Family Association, the Family Research Council, Emergency Medicine, American cancer therapy/Oncology, people with disabilities, or the School Nutrition Association, he fully supports “Vote Kids” and unions within the healthcare industry.

Mr. Ellison does not support Immigration Reform, but gives 100% support to the lawyers of the AILA. He has zero support for Worker Freedom or International Foodservice Distributors, but he gives full support to unions.

On national security issues, he lends virtually no support. Also, he has no support for Vietnam Veterans of America, but he provides full support to issues relating to sexual orientation and gender identity.

For the record, we could care less about Congressman Ellison’s political party, gender, race, religion, sexual preference or any other irrelevant or inconsequential matters.

What we are interested in is what he spends his time on, where he stands on the issues, whether things are better or worse since he’s been in Congress, and who he aligns himself with – who he works hard to support – because we know that directly affects how he votes and what he does as a U.S. Congressman.

Since 2006, Congressman Ellison has presided over the steepest rise in unemployment, poverty, debt and many of the challenges we face today. Is he failing his Minnesota constituents? Is he failing America? And why has he been spending his time working so hard to support and protect terrorist front groups even though Muslim-Americans urge him not to?

Note: To learn more about Chris Fields, you can visit his website. Also, here is a recent article:

I am not connected to Mr. Fields or his campaign in any way. I am a concerned American and, based on the evidence, I firmly believe Congressman Ellison needs to be defeated in the upcoming election.