I suggest our patriots not worry so much about SWATing and more about this. And I suggest reading both excerpted articles in their entirety.

Today, in his blog Northeast Intelligence Network and at Canada Free Press, Doug Hagmann reported that he knows of numerous instances where outspokenly Christian, patriotic Americans critical of the dangers of increased globalism and authoritarianism, have begun to be treated as mentally ill – by law enforcement and physicians – officially.

One case cited in particular is that of Jason Ergoff, aged 28, of Scranton, Pennsylvania. We will let Mr. Hagmann tell the story before commenting further:

This is all the more concerning when coupled with Tuesday’s analysis of just this very topic being seriously discussed among government related intelligentsia, by Susanne Posel, at Occupy Corporatism (“corporatism” being another term for ministerial, fascistic socialism, also called crony capitalism, also called by proponents during the times of Woodrow Wilson and his idea man, Edward House, the administrative state – it is a bipartisan practice in America – it is what is going on in post-communist Russia and China, in post Cold War Europe, in North and South America and pretty much, all around the world, along with central banking, by some conspira-I-mean-coincidence). 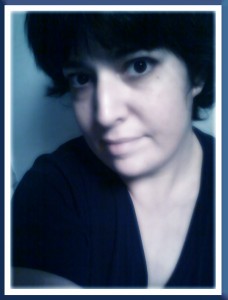 In her disciplined, well documented article, Ms. Posel chiefly relates the “consciousness raising” for this subversion to the Aurora theater and Sikh temple shootings. She also describes how implementation of such tyranny is available to the treachery built into ObamaCare (or, as I call it, RombamaCare, in homage to both of its principle proponents: the serial liar who testbed implemented it in Massachusetts, as well as Agenda 21, and who now says he will reverse the former after propounding it nationwide, no mention that I’ve heard about the latter, along with the serial liar who of course signed the nationwide bill, claiming it would reduce overall medical expenses, not harm the Medicare program, and not include death panel rationing, nor any increased taxes).

Here is the Posel article, greatly worth reading, top to bottom.

The medical industry in conjunction with Big Pharma want to classify the right to keep and bear arms as a mental disorder in another power grab to circumvent and eventually destroy our Constitutional 2nd Amendment.

More and more doctors are forcing the idea that we need a national healthcare approach to the problem that the recent shootings provide. While tobacco and alcohol is regulated, why not include the right to bear arms?

Dr. Garen Wintemute, professor of emergency medicine at the Prevention Research Program speaking about the installing of public guardrails, said : “People used to spear themselves and we blamed the drivers for that.”

The staged shootings in Colorado and Wisconsin are being used by some scientists to declare gun violence be treated like any other mental disease – and perhaps by popping a pill, American citizens would forget to fight for their 2nd Amendment rights.

Dr. Stephen Hargarten of the Research Center at the Medical College of Wisconsin claims : “What I’m struggling with is: Is this the new social norm? This is what we’re going to have to live with if we have more personal access to firearms. We have a public health issue to discuss. Do we wait for the next outbreak or is there something we can do to prevent it.”

After reading these articles, I suggest listening again to putative president Obama’s comments, the day after the Sikh temple shooting. Here he speaks of such shootings as continuing events. How would he be able to do that? And he calls for government to do something about them. What might those things be?

Here is what he, by his gestures, cadence, emphasis, and tone clearly wanted to get around to saying:

I think all of us recognize that these kinds of terrible, tragic events are happening with too much regularity for us not to do some soul searching and to examine additional ways we can reduce violence.

So, I guess he is on the spot. Either “these” shootings will continue to happen, or Obama will be, well, wrong in his warning. (Don’t bother to be worried here about serial killers who write notes to the effect of, “Stop me before I kill again!”) 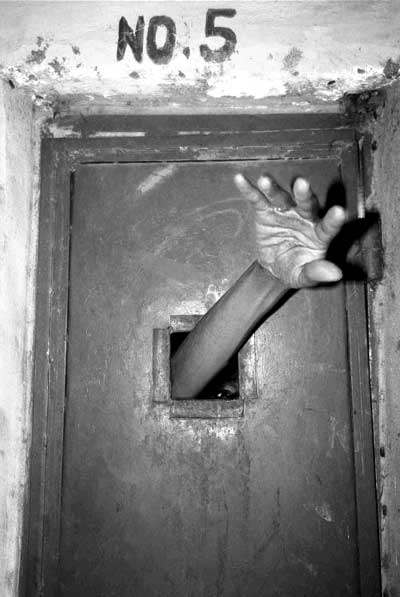 Just whose souls do you want to search, Mr. Obama, and what “ways” are you proposing be examined? Interesting.

First, it seems that people have an over-simplistic view of how things are being planned by the people who are most influential to Obama, or by those who are in the position to help Obama stay in office. Their playbook is full of asymmetrical tactics, but suitably transparent if one understands what’s at stake.

According to my source, it is the very existence of our country and way of life is at stake. Many people who are currently in positions of power, whether elected or appointed, have the same ideological goals of Barack Hussein Obama. Like Obama, they want to transform the country, and will use every tactic possible to do so. They believe that under Obama, they finally have the perfect opportunity to implement the socialism-to-communism agenda in America. They hate, and I mean hate the democratic system of government and loathe capitalism. They are the “red diaper babies” of the 1960’s who have gained power through the very process they seek to destroy.

They feel that they have lived their entire lives for this time in history, when they can change America on every level. They feel that they need more time, however, to fully achieve their objectives. My source told me that something(s) went “sideways” for Obama, which created the need for more time, or a second term.

According to my source, there were some internal problems within the Department of Homeland Security, and some external problems outside of that venue as well that slowed the process. My source stated that the delays caused a lot of anger among those at a higher level, and that anger or impatience trickled down through the ranks at DHS.

On the day of the shooting at the Sikh Temple, however, my source stated that there were many meetings and contacts between Obama’s people, especially from Valerie Jarrett, that involved Janet Napolitano and the FBI director. According to my source, Jarrett and others within Obama’s inner circle were actually coordinating how the information about the shooting was to be handled. Imagine that! Obama’s closest advisor was actually involved with almost every aspect of a local shooting by first designating it as an act of domestic terrorism. As soon as they were made aware that the shooting took place at a Sikh Temple and had the identity of the shooter, they made sure that the federal agents took over the crime scene so the flow of information could be controlled. “There was a sickening sense of perverted excitement by Obama’s closest advisors, based on what I heard at my level,” said my source. “That twist approach to a terrible event, it actually p-ssed some [higher ranking DHS officials] off,” he said to me. He also said that he heard one high ranking source within DHS tell someone else that “we can’t let this one get away from us,” a reference to the shooting.

So, they obviously prefer to exploit situations like the shooting in Wisconsin to attack our freedoms granted under the Constitution, but have no moral objection to creating their own crises, if necessary, to further their objectives. In part, that’s where the “false-flag” scenario originated.

My source was very emphatic then and now that the planning that is being done is “fluid,” or always being revised and updated to exploit whatever situations might arise.

It is the shared opinion around the Bound that just a little citing of mysterious sources now and then can be quite enough and Doug does more than a little of that. Nevertheless, what is the picture that begins to develop from the “known knowns” as well as the other four boxes of the known/unknown possibilities?

How about this one?

The Marxofascist elements controlling much of America’s institutions of influence (including Mitt Romney or not, one may think, but definitely including Barack Obama) are again testing the waters according to what seems to be a strategic plan. The plan shown here includes the labeling of “gun toting Christians” as mental patients, as in the days of the Stalin-through-Brezhnev Soviets.

And what do we get, when we attach to this, the recent news of militarism including:

What are we getting indeed? And who is talking about it, in our ranks of elected office, or those now campaigning?

And who is talking about it, in our ranks of elected office, or those campaigning for it?

Those engaged in this treachery and institutional terrorism may frighten some away from speaking out or owning guns. Others understand that our First Amendment is there for the work we must do in order to keep from having to implement the Second Amendment, but both are there for the protection of not only our “right,” but our “duty” to throw off despotry, according to our originating national charter, the Declaration of Independence.

Personally, well, I have been speaking out, as Gulag Bound’s banner implores – and that certainly includes any “what He saids” about Jesus Christ. Since the shooting at the Dark Knight movie though, I agree with Catwoman’s personal reflection about armament. I also plan to take advantage of the new conceal and carry legislation signed by Governor Scott Walker – and what I may have locked away in my home is left to the imagination.

Extra-extra credit: verified quotes from George Washington and Thomas Jefferson on the need for an armed and independently trained populace, on the U.S. Constitution, and on popular sovereignty.