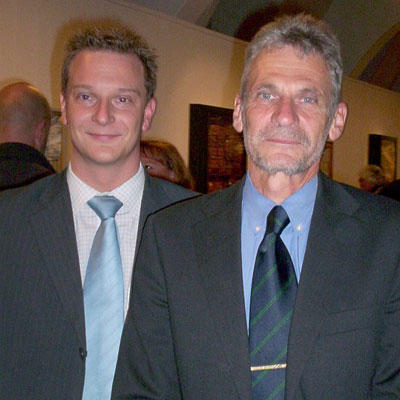 The International Civil Liberties Alliance (ICLA) held its first major event in the European Parliament on 18 October 2007. We gained access to this important venue thanks to the sponsorship of Vlaams Belang, a political party that is well represented in both the European and Belgian parliaments. The conference would not have been possible without the tireless efforts on the ground in Brussels of former commissioner of Antwerp police Bart Debie. His efforts were significant and indeed invaluable on both 18 October and on the second day of the conference that took place in the Flemish Parliament.

It was therefore with amusement that this morning we read in the Belgian Newspaper De Standaard that Bart was actually a mole within Vlaams Belang working for Belgian State Security in 2007. We would like use the public revelation of this information as an opportunity to thank him for his work for our organization.

We coordinated closely with Debie for a few months prior to the conference and then again on the two days of the conference itself. We developed an excellent working relationship with him, and those who worked with him found him practical, helpful, and entirely professional.

In our view, his work for the security services did not conflict in any way with his efforts on our behalf. Indeed having such connections probably enhanced his ability to help us with our work. We are grateful for any help that the Belgian state gave to us via Debie to make our event the success that it turned out to be. Doors were undoubtedly opened on our behalf. Through Debie, the Belgian state helped our conference run efficiently and helped us overcome our own inexperience at that time in organising these kinds of events. We hope that many of the policy ideas that we developed at the conference are of use to the Belgian government.

Our organisation would probably never have got off the ground if that event had been a failure. Every year since we have had an annual conference in various European countries. We returned to the European Parliament for the second time for another successful conference, with a larger attendance, in 2012.

It was at the 2012 conference that we launched an initiative called the Brussels Declaration To Safeguard Individual Liberties And Human Rights. This is an important human rights document that asks governments to be accountable to the United Nations Universal Declaration of Human Rights.

The 2007 conference that Bart helped us with was also the catalyst for our becoming involved in our regular work at the Organisation for Security and Cooperation in Europe (OSCE) meetings that take place inVienna andWarsaw. While at the OSCE we have made important interventions about women’s rights, civil liberties, and human rights in general. Our work educating policy-makers and the general public on the threat of shariah doctrine to human rights and civil liberties continues to expand, and to become both more professional and more effective.

We are gratified that Vlaams Belang, the Belgian State Intelligence, and the civil liberties movement opposing shariah doctrine can agree on at least one thing: the good nature and competence of Bart Debie. And again thanks to Mr Debie and the Belgian Government for their help and assistance in moving a fledgling citizen’s movement concerned about Islamisation, into the mainstream of political discourse on civil liberties and human rights. 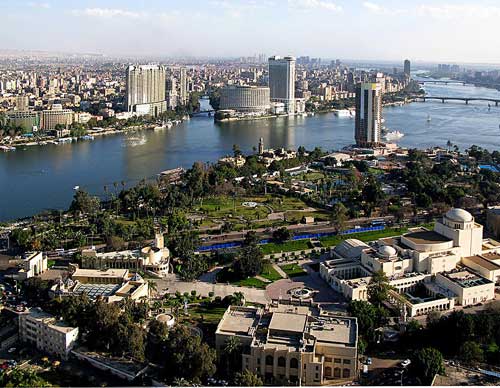 Cairo – Location For The OIC Summit

The greatest threat to freedom in the world today, the Organization of Islamic Cooperation (OIC), met in Cairo last week. Thankfully, from the point of view of those who value freedom and human rights, the conference was an unmitigated failure.

Apparently the summit was characterised more by squabbling rather than cooperation (1) (2). Also is has been reported that the conference was attended by 27 OIC leaders (3) which appears a rather feeble effort given that there are 57 OIC member states (if you include the “State of Palestine”) listed on the organization’s website (4). Less than half the member ship for a major conference does not give the impression of healthy organization – was the meeting even quorate? Outgoing Secretary General, Ekmeleddin İhsanoğlu, seemed to acknowledge the poor turnout based on what was published by Rohama (5) about his remarks:

“The Secretary General pointed out that the OIC has become an active partner in international fora and an important player on Islamic issues, stressing that the OIC’s activities could progress more if it gets greater support from the Member States.” (emphasis added)

The conference was opened by Western backed Egyptian tyrant Mohamed Morsi whose security forces recently beat up and publically stripped a man who was protesting against him (6). AhramOnline reported that Morsi called for ‘moderate version of Islam’ (7) though did not elaborate on whether he and his party had now abandoned the principles of the founder of the Muslim Brotherhood Hassan al-Banna. After all, al-Banna’s ‘version’ of Islam could hardly be characterised as moderate. However, it does give us a clue to his thinking later on in the article when it stated:

“Morsi also stressed the importance of promoting a “moderate version” of Islam in light of a rising tide of fanaticism in the region.” (emphasis added)

The significant word ‘promoting’ gives the game away, he is not abandoning the principles of his party, the Muslim Brotherhood after all. He just wants to provide an impression that his ‘version of Islam’ and his regime is moderate. Undoubtedly this is to help provide the Western politicians who deal with him a pretext for courting an Islamic extremist. Western politicians who deal with the likes of Morsi are not gullible; they are deliberately working with him in full knowledge of what he stands for.

The Conference did select a new Secretary General, which was another reason why the lack of attendance was so significant. Former Saudi Minister of Information and Culture Iyyad Madadi was selected for the position (8). Saudi Arabia, that shining beacon of human rights and religious freedom now has one of its own at the head of the organisation. The OIC is well known for its demand for a global blasphemy law to undermine freedom of expression. A former member of the Saudi government will now continue the OIC’s tradition of lecturing the world about the true meaning of religious freedom!

The main comfort for this gang of autocrats and tyrants in light of this failed conference was that they still have the unquestioning and even fawning support from Western Governments.

The UK Government sent Foreign Office Minister Baroness Sayeeda Warsi to represent them at the OIC Conference (9). Her speech emphasised the importance of freedom of religion and belief and thus demonstrated how far the British Government has been taken in by the OIC. Her speech was not critical of the OIC’s poor record with regard to the blatant religious persecution that goes on within OIC member states. She did not ask the OIC what its own member states were doing to live up to UNHRC Resolution 16/18, a resolution that the OIC was centrally involved in creating yet seriously lacking in implementing. She also did not ask what the OIC means by religious freedom and whether religions other than Islam are actually regarded as proper religions at all by the OIC and sharia law.

The British Government, with all its resources and agents around the world cannot be ignorant of the religious persecution that is going on within OIC member states. The fact that it ignores this, yet seize upon the opportunity to restrict freedom of speech at home illustrates clearly its real agenda. The UK Government, like many in the West is deliberately facilitating of sharia compliance into their countries. The Warsi speech provides proof that this is the case.

ICLA calls upon Western governments to challenge the OIC’s poor record with regard to religious freedom. It also calls upon them to stop their demonization of the opponents of sharia law who speak out about these obviously inconvenient truths.