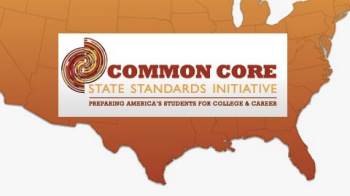 My friend and fellow blogger Michelle Malkin has done a set of four in-depth articles on reporting on the Common Core Standards as well as additional pieces providing more information. Her work is very well done. Before her write-ups, I would wager most parents had never heard of Common Core. There are now many teachers who are quitting and/or standing up against this Progressive travesty that is intent on corrupting our schools and students. Here are some videos explaining the Common Core Standards:

I will tell you that George Soros and the Tides Foundation along with other major Progressive organizations and the Obama Administration are behind all of this monstrosity. Gee, I’m sooo surprised. Educational policies are supposed to lie with the states, so the government coercing the states to carry the Common Core Standards violates the Constitution. The tracking database violates privacy at every turn as well. I strongly recommend you click on the links below and read what Michelle has written and fight to drive out the Common Core Standards from your state. While Obama took us from one emergency to the next, he was slipping in the back door to destroy our children who are the building blocks of the country. Get your children out of the public schools now and fight this at the state level. It is almost too late.