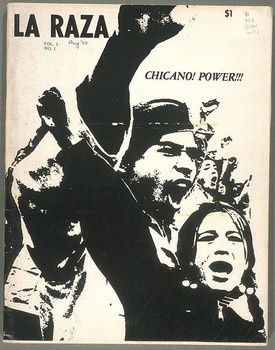 Mark Levin is a true American patriot and once again he has brought to light the ongoing Marxist takeover of America. On his show on May 9th, he interviewed Chris Crane, President of the Immigration and Customs Enforcement (ICE) officers union and what was covered was an admission of staggering implications. Obama and all those on the Left and the Right that have helped to forge the immigration bill have intentionally deceived America and ‘cooked the books’ on immigration. La Raza is now running ICE and the Latino Marxists are imbedded in the White House.

This immigration bill is to America’s sovereignty what Obamacare is to our health care system – national suicide at high speed. Not only will we be financially decimated, this is an intentional invasion across our borders. A stripping of the border to create nothing less than the beginning of a united continent that the people of the U.S., Canada and yes, Mexico, do not want. It is a forced abdication of our freedoms as American citizens and I for one will be damned if I will quietly sit by while these Progressive Marxists have their way with our destruction. I feel the urge to shrug, don’t you? Who is John Galt?

Crane in his statements to Levin reveals that ICE agents are no longer at liberty to arrest those they suspect of being illegal aliens on the street. Napolitano and the Obama Administration have virtually tied their hands where it concerns law enforcement. They can’t arrest anyone if they are suspected illegal alien gang members or criminals either. The officers are under orders to hold their hand until an illegal commits a crime and is arrested and booked before they can even enter the equation. And it gets worse… These same illegal aliens must be convicted three times before deportation proceedings are initiated. These proceedings take forever and even if the scum is sent packing, well… he’ll just get a different ID and cross back to start the whole sham over again. La Raza has screamed forever that whole sections of the U.S. belong to them and in a not-so-subtle legal bamboozle, the Marxists are handing it back over by letting them move in and take up residence and control through government, gangs, crime and social services. They are bringing the violence, poverty and hellish Third Worldness of Mexico into our towns and neighborhoods. On top of that, the government wants to strip us of our Second Amendment rights so we are left unprotected lambs to the Mexican slaughter.

When it comes to cooking the immigration books, Crane says the record number of deportations that the Obama administration touts is a complete fraud. He calls it a shell game, saying what really happens is illegal aliens caught crossing the border by the Border Patrol and then sent back across are now added to ICE’s numbers of deportations, thus inflating the numbers immensely. Crane said last year over 50% of the deportations in ICE’s numbers were from those the border patrol agents caught and sent back across.

In reality, Crane says they now have the numbers to show that since 2008, the actual number of ICE deportations has plummeted since 2008.

It also came to light that Crane met with Senator Marco Rubio (R-FL), which did nothing to help the situation. He has received “no response at all” to his requests for meetings with the other three Republican “Gang of 8” senators: Jeff Flake (R-AZ), John McCain (R-AZ) and Lindsey Graham (R-SC). Apparently, however, these same senators had enough time to meet with La Raza. I’m thrilled they have their priorities straight – not. Crane’s claim is telling: “Those groups are now running our agency… That’s why we’re not arresting people, that’s why we can’t do our jobs – it’s because they’re basically embedded in running our agency.”

From Before It’s News:

According to Chris Crane, the current president of the union for ICE agents, the National ICE Council, President Barack Obama, Secretary of Homeland Security Janet Napolitano, and ICE Director John Morton have all but abdicated their leadership in the enforcement of immigration laws and the protection of U.S. borders and citizens.

While every Special Interest Group and crony Capitalist in Obama’s sphere of influence was invited by Obama and his cohorts to have input on the Schumer-Rubio immigration reform bill (S. 744), law enforcement was not only not invited… they were frozen out of the hearings and process.

From the ICE union:

“As a result, the legislation before us may have many satisfactory components for powerful lobbying groups and other special interests, but on the subjects of public safety, border security, and interior enforcement, this legislation fails. It is a dramatic step in the wrong direction,” said Crane and the other law enforcement contributors to the letter.

With the criminal alien organization MS-13 (Mara Salvatrucha) having upwards of 100,000 members worldwide, the drug cartels and the slave traders… much, much more violent crime is on the way. In Mexico, the slave trade is their second highest profit center next to drugs. As this moves more and more into the U.S., young girls and boys will disappear more frequently to be sold into sex rings and slavery. Kidnappings for ransom will massively increase. Violence regarding drugs and arms will envelop America’s streets. All of America will become Chicago or Detroit. All of this because our wealthy, Marxist leaders want more votes and cheap labor. They are giving the middle finger to hard working Americans – frankly, they don’t give a crap if we die or meet a violent end.

I don’t understand why America cannot see Progressive ‘fingerprints’ all over this obscenity. Per Van Jones’ vision, ICE officers are currently instructed by DHS to allow adult inmates in jails to lie about their “DREAMer” status in order to avoid immigration arrest. Inmates would be allowed to simply walk out of jails without being required to provide proof of eligibility for “DREAMer” status and without any investigation by ICE. Crane points out that ICE officers have reported overhearing inmates coaching one another on how to lie to ICE officers about having “DREAMer” status to avoid arrest, yet ICE officers are still powerless to arrest them. Folks, there is a movement out there to let violent criminals go free en masse and this is part of it.

The Schumer-Rubio immigration reform bill also has a myriad of other horrid surprises hiding within its 800 pages, such as a biometric database of all adults:

(Wired) The immigration reform measure the Senate began debating yesterday would create a national biometric database of virtually every adult in the U.S., in what privacy groups fear could be the first step to a ubiquitous national identification system.

Buried in the more than 800 pages of the bipartisan legislation (.pdf) is language mandating the creation of the innocuously-named “photo tool,” a massive federal database administered by the Department of Homeland Security and containing names, ages, Social Security numbers and photographs of everyone in the country with a driver’s license or other state-issued photo ID.

Employers would be obliged to look up every new hire in the database to verify that they match their photo.

The government has been hell bent on getting a national ID system shoved down our throats and here it is again. Constitution be damned – it’s for the Collective good don’t ya know?

Using the guise of American freedom and the welcoming arms that we have always opened to immigrants who come through our front door legally as opposed to the back door illegally, the Democrats are pushing Amnesty, using kindness as a facade. Stating that Amnesty is the humane solution. That’s not what this is about at all. It’s about control. Solidifying Marxist control through an infiltration of voters that will overwhelmingly vote Progressive Democrat. Millions of them who will, for all intents and purposes, make the U.S. a one party system with a dictator at the helm. It will also ‘level’ the economic field by lowering most of America into a breathless poverty where they can be more easily controlled by the powers-that-be. Cheap, slave labor for the wealthy upper class – horrific living conditions and poverty for the majority. Welcome to the new Cuba.

If we do not close our borders and guard them, pretty soon there will be no borders at all. With the invaders guarding the watchtower, America will fall and will truly be Rome burning as the barbarian hordes overrun us.

19 thoughts on “Invaders Guarding the Watchtower”