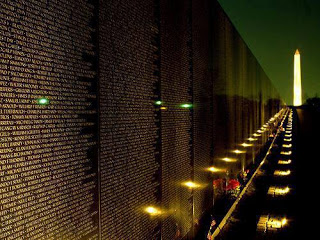 This past Thursday while working at the Houston Temple of the Church of Jesus Christ of Latter Day Saints I had an interesting exchange with an older fellow. He was getting dressed, taking an extraordinary amount of time as his physical ability to bend made things difficult in a small dressing stall.

A friend came asking for him about the time this fellow came out of the dressing stall, looking for a mirror so he could put on his tie. He progressed toward the mirror carefully, each step planned and assisted with a walking cane. I noticed his shoes were spit polished; but his laces were not tied so we suggested he use the Coordinator’s chair where he could sit while one of us tied the laces.

He commented how a couple of back surgeries had made life bearable, as did the knee surgery. He went on to explain how a doctor here in Houston had gone the extra mile in making it possible to enjoy life rather than be in constant pain.

“All those parachute jumps…”, he paused for a moment as if recounting how many jumps he’d made, “…sometimes the landings were hard; they took their toll.”

The more I studied this older fellow the more I became aware that he’d literally been put through the mill. As a young man he stood just over six foot tall; but now, five nine, maybe five ten.

I asked what branch of service he’d served in and he replied, “Navy, I was a Navy Seal”.

We were standing in the presence of an elite warrior. Had we not noticed his shoe laces being untied we might not have had the opportunity to have the conversation, to acknowledge the price some pay to keep our nation free.

I won’t go into the details of how this old fellow survived the pain; let’s just say he has a strong testimony of the Gospel, enough to have stopped taking narcotics that were issued to help him get by.

There’s a poster floating around on Facebook showing an old guy with a walking cane; but the shadow behind him depicts the warrior he once had been; wish I’d copied it to file. Instead I’ve shown a picture of the Vietnam War Memorial at night with the Washington Monument in the background.

When you see these old men with their walking canes quietly making it to a mirror to put on a neck tie, don’t dismiss them as just some old fellow taking too long to get dressed.

Some of these old men were once on battlefields in lands we’ve only read about, battlefields where they lost friends in the fight for liberty. They may walk a little slower and lean on their walking canes; but deep inside they are still warriors, so show a little respect.

This Memorial Day be grateful for the ultimate sacrifice made by those who never made it home so you and I could enjoy freedom and liberty. What’s the line, “All paid some; some paid all”; remember that and express your gratitude by being a better citizen.

A friend of mine sent me the poster I was looking for and so I’m adding it here before I have a chance to forget. 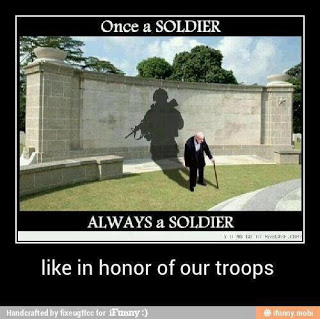