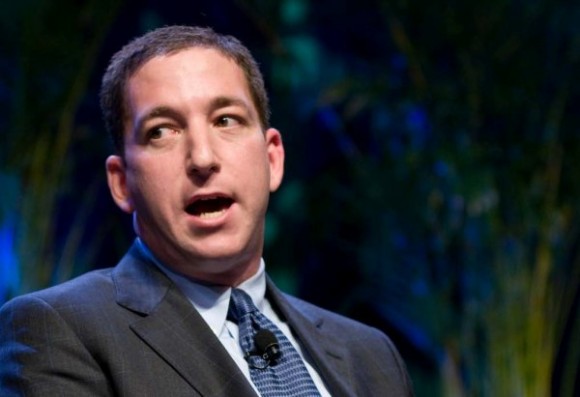 Some in the media are aghast that NBC’s David Gregory asked Glenn Greenwald a perfectly reasonable question on Meet the Press: “To the extent that you have aided and abetted [NSA leaker Edward] Snowden, even in his current movements, why shouldn’t you, Mr. Greenwald, be charged with a crime?”

The question is entirely legitimate. Section 798 of the Espionage Act absolutely prohibits the publication of classified information in the area of communications intelligence. That would include programs of the National Security Agency (NSA).

Snowden has been charged with violating the Espionage Act, as well as theft of government property (18 U.S.C. 641) and the unauthorized communication of national defense information (18 U.S.C. 793 d).

Do David Gregory’s critics believe reporters should be above the law and allowed to make it easier for the enemy to kill us? Why is such a question beyond the pale?

In addition to his role as Edward Snowden’s mouthpiece and handler, we have disclosed Greenwald’s speaking appearances at Communist conferences co-sponsored by the International Socialist Organization. This is not an ordinary journalist. He maintains friendly relations with international organizations that want to destroy the American way of life.

Commenting on Gregory’s question and Greenwald’s rebuttal, the left-wing Fairness and Accuracy in Reporting (FAIR) said, “To Greenwald, the assumption is that he is involved in a crime—aiding and abetting—and the question Gregory is pondering is the extent of his wrongdoing.”

But since Snowden has been charged with espionage, the assumption is not unreasonable.

And the disclosures will continue. Greenwald confirmed to Amy Goodman on Monday that Snowden has given him a number of leaked documents and that “my only priority at the moment is going through these documents, vetting them and continuing to report on them. And there are lots of other stories coming.”

Some of these are undoubtedly stolen and classified documents.

On the Fox News Sunday show, former Vice President Dick Cheney said that he favored investigating whether The New York Times should have been prosecuted when its reporter James Risen revealed details of a highly classified counter-terrorism programin clear violation of Section 798 of Title 18 of the U.S. Code on espionage. This NSA program had monitored al-Qaeda communications.

The law applies to whoever “knowingly and willfully communicates, furnishes, transmits, or otherwise makes available to an unauthorized person, or publishes, or uses in any manner prejudicial to the safety or interest of the United States or for the benefit of any foreign government to the detriment of the United States any classified information…”

“I was not advocating prosecuting Risen,” Cheney said. “I did think that The New York Times violated the law because there is indeed a provision that says it is a felony offense to publish information about communications intelligence in the United States. It’s never been enforced. But it’s a felony calling for a sentence of 10 years to do that.”

He added, “I urged that we ought to investigate. And either the law is the law or it isn’t. It’s never been enforced. Nobody had the nerve to actually go after The New York Times. But it’s on the books.”

Gabriel Schoenfeld had published a thought-provoking article in Commentary, “Has the New York Times Violated the Espionage Act?,” which argued that “the press can and should be held to account for publishing military secrets in wartime.”

AIM had argued at the time that New York Times publisher Arthur Sulzberger, Jr. and his editors should be held accountable for revealing the existence of a highly classified NSA terrorist surveillance program. “Bring forward the indictments,” we said.

Sulzberger had said that he and the editors “made the decision” to publish the classified information and that, “in the battles between civil liberties on the one hand and national security on the other, civil liberties won.”

To be honest and consistent, such questions need to be asked in the present situation. In the case of Snowden and Greenwald, how many Americans will die as a result of the leaks? This is the question that needs to be asked. Gregory actually didn’t go far enough in his grilling of Greenwald.

At the time of the controversy over the Times’ NSA disclosures, Dr. John Eastman, a professor of law, had delivered congressional testimony which was titled, “Does the First Amendment’s Freedom of the Press Clause Place the Institutional Media Above the Law of Classified Secrets?” He said, “The constitutionality of protecting intelligence gathering and other operational military secrets in time of war is therefore beyond dispute, and the institutional press is no more permitted to ignore the legal restrictions imposed by the Espionage Act on the publication and other dissemination of such classified information than are ordinary citizens.”

He also put it this way: “It is illegal to publish classified information about our intelligence-gathering efforts and capabilities.”

This is the law.

In a Washington Post article, “Yes, publishing NSA secrets is a crime,” Marc A. Thiessen, a member of the White House senior staff under President George W. Bush, noted that “Greenwald’s crime is violating 18 USC § 798, which makes it a criminal act to publish classified information revealing government cryptography or communications intelligence.”

The facts are not in dispute, except among Greenwald and his groupies. So why is it somehow inappropriate to ask about Greenwald’s involvement in criminal activity?

But when the question was discussed on the Fox New Channel show “The Five,” panelist Eric Bolling said, “It’s absolutely insane…We need more Glenn Greenwalds, we don’t need fewer of them…Bottom line, David Gregory is carrying water for the Obama administration by asking that question.”

Such comments earned Bolling laudatory headlines and coverage at the far-left Huffington Post.

But it appears that Bolling’s disgust for a rival network, NBC, led him to say things that he didn’t really mean. He should rethink and recant. The facts are not on his side.

More Glenn Greenwalds? As we have noted, Greenwald is a journalist who proudly accepted an award named after Soviet agent I.F. Stone. During one of his appearances at a Communist conference, he said the weakening of America is a “very good thing.”

Rather than attack Gregory and defend Greenwald, the following questions ought to be directed to the Obama Administration: Will you prosecute Greenwald? If not, why not?