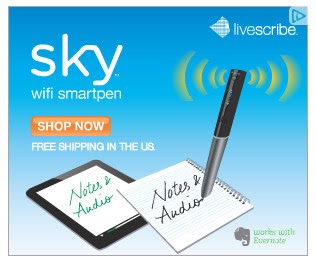 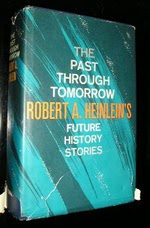 While listening to music via Pandora an advertisement caught my attention, a product called Livescribe was on sale just in time for the back to school rush for the latest gadgets and gizmos. It sounded like something Robert Heilein might have had in, The Past Through Tomorrow – Future History Stories.

It’s nice to have the internet where almost any question can be answered; what’s Wikipedia got to say?

“A Livescribe smartpen is about the size and weight of a large pen (5/8″ x 6 1/8″), and is equipped with a removable ball-point ink cartridge, a microphone to record audio, a speaker for playback, a small OLED display, an infra-red camera, and internal flash memory that captures handwritten notes, audio and drawings.”

The more I read the more I knew how little I knew about our brave new world.

“As with all Anoto pattern-based pens, the smartpen can only determine its position on the page when used with paper pre-printed with the dot pattern. Livescribe sells notebooks in several styles, and users can also print their own dot paper with a color laser printer capable of at least 600 dpi.” 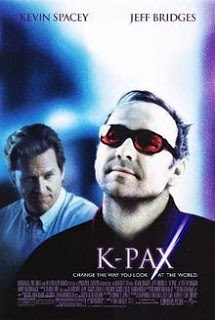 Not too many years ago I enjoyed the movie K-Pax about a fellow named prot (uncapitalized and rhyming with “goat”) who claims to have travelled to Earth on a beam of light from the planet K-Pax. Naturally, his sanity was questioned and he quickly ended up under the care of the State; being placed in a mental institution, ostensibly to save him from himself.

While under the care of clinical psychologists, being analyzed and questioned regarding his claims, the answers he comes up seem to support his far fetched alternative reality. He’s permitted an opportunity to meet with the top scientist in the field of astronomy at a planetarium where the night sky comes to life on the overhead viewing dome.

He’s asked to use the light pad to produce the orbital patterns of K-Pax along with the binary star system from whence he came. The main character, prot, immediately sets to task, plotting the information as requested to such an extent that when his drawing is superimposed on the data collected from the Hubble telescope it matched up almost perfectly.

One of the scientists asked, “How could you know this?”

Then prot answered, “Common knowledge, just like every child on Earth knows that your planet revolves around the Sun, common knowledge.”

So you see, the idea of having a magic writing instrument, one which is capable of plotting and recording information electronically isn’t Sci-fi at all, it’s been around for quite some time.

Will students of this generation appreciate the efforts taken by the ancients, those who took a sharp knife to fashion a crude writing instrument and pen words of inspiration which have lasted hundreds of years? Perhaps, then again isn’t the information recorded more important than the means by which it was recorded?

Shouldn’t we honor the founding principles, the ink dried on parchment for all the world to see? How much easier it would have been for Thomas Jefferson to whip out his Livescribe tablet and touch it with a Sky instrument, each word immediately played back when establishing our independence and the formation of our most basic principles: