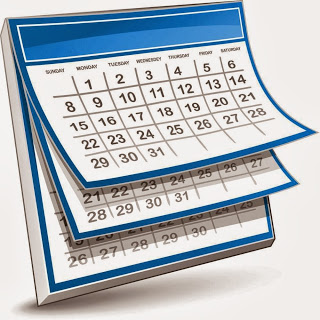 One of my favorite daily habits has to do with looking up what happened on this date in history. Maybe that’s why I enjoy Bill Federer’s American Minute so much; he makes history come alive with lesser known facts that add spice to the mix.

Here’s a lesser known historical piece of history that happened on this date, October 23, 1981; Lucy and I were sealed for time and all eternity as husband and wife along with our children as an eternal family in the Salt Lake Temple. While it has little to do with what I planned to write about today, it is an important date, even if only for our family. 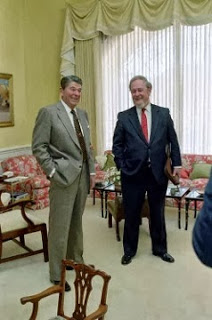 No, what got me started this morning was a reminder that on this date back in 1987 Robert Bork’s nomination to the Supreme Court by Ronald Reagan was rejected; but rejected doesn’t come close to the character assassination techniques used to destroy this man. Eviscerated or perhaps even crucified would be a more apt description of the manner in which Bork was treated…and for what?

Robert Bork was a staunch conservative who was honest when expressing his core belief’s, beliefs which he would not compromise. In other words he was a man of character entering a den of wolves.

“As a legal scholar and jurist, Bork was an advocate of “originalism” — the principle that judges should interpret the Constitution the way its framers had intended. While that endeared him to conservatives, Bork’s writings and statements expressing his ideology were what led to such fierce scrutiny when he was tapped for the high court.”

“Most of us would be honored to have our name become a verb. Especially those of us in public life. But that is not how Judge Robert H. Bork got into the dictionary. He was “borked” when President Reagan nominated him to the U.S. Supreme Court. No sooner had the announcement been made by the White House on July 1, 1987, than Sen. Edward M. Kennedy (D-Mass.) raced to the Senate floor to denounce the distinguished judge and former Yale Law Professor.”

“In Robert Bork’s America, Kennedy roared, blacks would once again sit in the back of the bus, rogue police would break in our doors, and women would be forced to go to back alley butchers for abortions. On and on, Kennedy ranted, using every extreme and exaggerated charge he could employ, to tarnish the judge’s reputation.”

You have to consider the source, now don’t you? At least Robert Bork didn’t flee the scene and let a young woman drown in his car. Men of character among those with little or no character stand out from the crowd and become natural targets; call it jealousy or what ever, their presence makes lesser men recognize the difference and either retreat to the shadows or destroy that which is better.

The more I think about it, eviscerated was the perfect word when applied to Robert Bork as the Socialist Party; sorry, I meant Democrat Party, as the Democrat Party relentlessly attacked, exaggerated claims and used fear mongering via major news media to bleed Bork dry of public service opportunity. Bork had to be destroyed because he was a conservative man of character.

Eviscerate: “to remove an essential part of something and so weaken it”.

Wasn’t that the basis of the attack on Bork?

Put in proper perspective, the purpose of relentless attacks on conservatism or “originalism” is to weaken it to such an extent as to make it of no consequence in the political arena, a necessary agenda item towards destroying the foundations of America. Isn’t that how you bring about the change necessary to install a different form of government?

Had Robert Bork been installed as a Supreme Court Justice he would have, in all probability, followed the Constitution in a manner which the founders had intended; something which runs contrary to the desires and wishes of those intent on replacing what they consider an out of date document.

“…the Supreme Court never ventured into the issues of redistribution of wealth, and of more basic issues such as political and economic justice in society. To that extent, as radical as I think people try to characterize the Warren Court, it wasn’t that radical. It didn’t break free from the essential constraints that were placed by the Founding Fathers in the Constitution, at least as it’s been interpreted, and the Warren Court interpreted in the same way, that generally the Constitution is a charter of negative liberties. Says what the states can’t do to you. Says what the federal government can’t do to you, but doesn’t say what the federal government or state government must do on your behalf.”

Obama also stated, “The document is so out-dated, that it is now becoming a hindrance to governing the country.”

Isn’t that interesting… a Marxist Communist president in the White House frustrated by a document written over two hundred years ago to protect ‘We The People’ from totalitarian dictators? Amazing! Maybe this explains the vast number of Executive Orders implemented to get around our representative form of government; just thinking out loud.

Present day attacks on the conservative movement are no coincidence. The Tea Party or individuals who stand out from the crowd such as Senator Ted Cruz (R) Texas, are under attack. Now connect the dots and figure out why it’s important to relegate conservatives as crack pots or lunatics. Face it, folks who hold the constitution as a sacred document can expect to be ‘Borked’.

Many powerful members of the GOP are in on the ‘Borking’; why is that? (Hint: Read Cleon Skousan’s book, The Naked Communist, where he explains that one or both political parties need to be taken over.)

Tonight Lucy and I will attend the Houston Temple as husband and wife to thank God for having each other and our children sealed for time and all eternity. We might even express our gratitude for His having established this nation and for wise men to provide the constitution as a means of preserving our liberty and individual God given rights.

Maybe if enough folks remembered that our Creator established this country for a wise purpose, followed His commandments and lived their lives in such a way as to have His protection…maybe we wouldn’t have good men like Robert Bork denied the opportunity to serve in important positions of government. …or we can look forward to being ‘Borked’, the choice is yours.