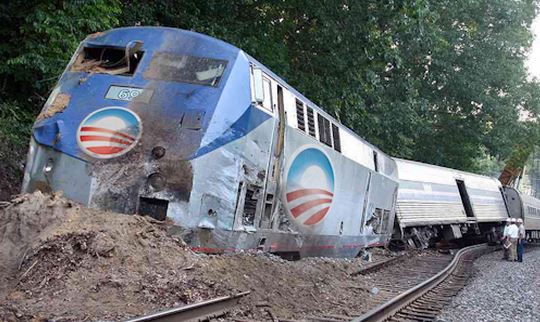 This week, Ask Marion, The Independent Sentinel and The Pirate’s Cove took advantage of my generous offer of link whorage and earned honorable mention status with some great articles.

Simply head over to Joshuapundit and post the title and a link to the piece you want considered along with an e-mail address (which won’t be published) in the comments section no later than Monday 6 PM PST in order to be considered for our honorable mention category. Then return the favor by creating a post on your site linking to the Watcher’s Council contest for the week when it comes out Wednesday morning

We’ve all read about what those on the left are saying about Ted Cruz. Simply put, they hate him. Even some in his own party speak out against him at times with such disdain that it’s hard to believe they are in the same party as Cruz. Then there are those who love Ted Cruz. Many of these people are Tea Party members or other conservative Republicans who remember a time when the Republican Party stood for the American people and not the politicians who only want to further their political career. So, what makes Senator Ted Cruz a guy that some love and a guy who some love to hate?

At first glance, Cruz appears to be a down-to-earth type of guy with roots that sprung from a not so ordinary beginning. Cruz’s father escaped a Communist dictatorship in Cuba to come to the United States so that he could have a better life with only $100 sewn into his underwear. Cruz’s father worked as a dishwasher for about fifty cents an hour to put himself through college, became a U.S. citizen in 2005, and is currently a pastor in Texas. Cruz’s mother came from a family of Italian descent and was the first in her family to attend college.

Cruz’s parents, with their hardworking and never give up attitudes, appear to have shaped a son that understands the realities of life and a person who strives to achieve. Ted Cruz from his early days was a stand out in school. He graduated high school as a valedictorian and it was in high school that Ted learned about the free market philosophy that he still holds today.

Cruz graduated with honors from Princeton University and won awards while there as a prominent speaker in several competitions. It’s also interesting to note, that Cruz’s senior thesis was on the separation of powers and a limited government, another philosophy that he appears to continue to espouse today.

As if all of this wasn’t enough for the left to hate him, Cruz went on to serve as a clerk to Chief Justice William Rehnquist of the U.S. Supreme Court. In fact, Cruz became the first Hispanic ever to serve for a Chief Justice.

Additionally, Cruz joined the Bush-Cheney team in 1999 and advised George Bush on legalities and policies of his campaign. In 2000, he was an attorney for the legal team in Bush vs. Gore, in the now infamous hanging chad voting case.

Earlier, in 1998, Cruz served as private counsel for Congressman John Boehner and represented him in a lawsuit against Congressman Jim McDermott.

Everything I’ve written is enough to make any progressive liberal left-winger despise Ted Cruz. He’s hardworking, intelligent, a Constitutionalist, and he could potentially inspire other conservatives to follow him and change the path that the government and America is on today.

The left couldn’t wait to blame the recent government shutdown on him. Even his own hometown newspaper, the Houston Chronicle, who had originally supported him, voiced their disappointment that he had not turned out to be like former Texas Senator Kay Bailey Hutchison.

Additionally, the left don’t care for him because he is pro-life, opposes same-sex marriages and is pro-gun rights. They have also gone so far as to make threats against his personal safety.

The left has also dug up supposed “ethics violations” from his 2012 campaign. He is being accused of failing to publicly disclose his ties with a Caribbean-based holding company. The relationship began with a $6,000 investment Cruz made more than ten years ago in a Jamaican private equity firm founded by a college roommate. Cruz did disclose the information in 2013 but failed to disclose full information which is contrary to Senate rules.

There are those in his own party who are against him also. Republican Senators like Mitch McConnell and John Cornyn did not support Cruz’s attempt to defund Obamacare. Republican Senator John McCain called him a “wacko bird” but later apologized. Ted, not being a shy man, voiced his opinion that “conservatives had been embarrassed to vote in 2008 (for presidential candidate, John McCain). Finally, Republican Senator Peter King called Senator Cruz “a fraud” and “bad for his party.” He went on to say that soon Cruz would “no longer have any influence in the Republican Party.” The old-guard is attempting to hold on to their political careers and aspirations even if it means character assassination of an honorable man.

The Tea Party and Conservatives love him for every reason that the left and RINOs deplore him. That means he must be doing something right!

Susan Knowles is an author, psychotherapist and former practicing attorney. Her latest book, a political fiction, is entitled, “Freedom’s Fight: A Call to Remember” available on Amazon.com. Her website is www.susanknowles.com. This article is also published there. 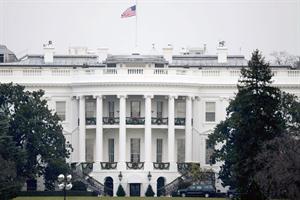 First Amendment of the US Constitution: Congress shall make no law respecting an establishment of religion, or prohibiting the free exercise thereof; or abridging the freedom of speech, or of the press; or the right of the people peaceably to assemble, and to petition the Government for a redress of grievances.

Jofi Joseph, a member of the White House Security Council (specifically negotiations with Iran), went a snark too far for the current regime and was ‘terminated’ last week after it was found out he was using an anonymous Twitter account to bash the Obama Administration. Evidently it was okay when he kept his vitriol for the Right:

Joseph’s snark was not confined to his Obama administration colleagues. He also took aim at senior Republican figures and lowly GOP Hill staffers.

“So when will someone do us the favor of getting rid of Sarah Palin and the rest of her white trash family? What utter useless garbage …. ,” he tweeted last October.

“@MiekeEoyang Come on, I expected better of you. @jrubinblogger is CRAZY unhinged while @noonanjo is an overweight paid Romney shill,” he tweeted, referring to the Washington Post’s conservative blogger Jen Rubin and Romney campaign national security staffer John Noonan.

However, when he turned his bombastic rhetoric on the powers that be, well… time for a whupping:

“I’m a fan of Obama, but his continuing reliance and dependence upon a vacuous cipher like Valerie Jarrett concerns me,” he once tweeted.

“Was Huma Abedin wearing beer goggles the night she met Anthony Wiener? Almost as bad a pairing as Samantha Powers and Cass Sunstein ….,” he tweeted on another occasion, insulting a top Clinton aide, a then Congressman, and two White House senior officials in one tweet.

The investigation into this account, according to Politico, began after it tweeted doubts about the information coming from the administration regarding the Benghazi attacks on Sept. 11, 2012.

“Look, Issa is an a**, but he’s on to something here with the @HillaryClinton whitewash of accountability for Benghazi,” @natsecwonk once tweeted, according to Politico (redacted).

One of the tweets reported by Politico read (redacted): “’Has sh***y staff.’ #ObamaInThreeWords.”

Oh, but there is more… From The Daily Beast:

Jofi Joseph, a director in the non-proliferation section of the National Security Staff at the White House, has been surreptitiously tweeting under the moniker @natsecwonk, a Twitter feed famous inside Washington policy circles since it began in February, 2011 until it was shut down last week. Two administration officials confirmed that the mystery tweeter was Joseph, who has also worked at the State Department and on Capitol Hill for Senators Bob Casey (D-PA) and Joe Biden. Until recently, he was part of the administration’s team working on negotiations with Iran.

During his time tweeting under the @natsecwonk name, Joseph openly criticized the policies of his White House bosses and often insulted their intellect and appearance. At different times, he insulted or criticized several top White House and State Department officials, including former National Security Advisor Tom Donilon, Deputy National Security Advisor Ben Rhodes, Secretary of State John Kerry, and many many others.

Jofi was very naughty indeed and evidently under the mistaken impression he could get away with free speech. So… since Jofi took swipes at the Benghazi abomination and told the truth, calling for accountability from the Marxists… that’s unforgivable. Gotta toe the Party line, or else. No free speech for Obama wonks. No sir. What do you think this is? A Republic? We don’t need no stinkin’ Constitution comrades!!

But ramifications may have come from both sides of the aisle as his wife, Carolyn Leddy, is a well-respected professional staffer on the Republican side of the Senate Foreign Relations Committee. Incestuous, no?

In a pathetic attempt to salvage his career in politics, Joseph issued the following apology:

“What started out as an intended parody account of DC culture developed over time into a series of inappropriate and mean-spirited comments,” he continued. “I bear complete responsibility for this affair and I sincerely apologize to everyone I insulted.”

I’m sure this was after further threats and nasty dealings from said White House. Bet on it. This ought to keep White House officials quiet — the fear of censorship and being fired for airing opinions is a strong one on Capitol Hill these days. Only propaganda and manipulated news allowed.

The Jackson Madison County TEA Party welcomes a modern-day Paul Revere, Trevor Loudon! Bring your friends. This is too important to miss!

The book profiles fourteen Senators and more than fifty Representatives and their ties to the Communist Party USA, Democratic Socialists of America, Workers World Party and the Institute for Policy Studies, Council for a Livable World and other radical anti-American organizations. Trevor has done the hard work to connect the dots of why the U.S. Congress has moved further and further left over our lifetime and you won’t want to miss him.

We look forward to seeing you! Bring friends and family!