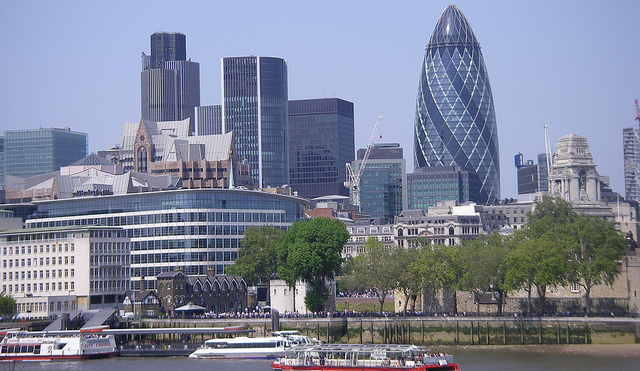 Since studying international relations at master’s degree level I often look at world events through the prism of that education. I try to analyse foreign policy and interpret contemporary events. Of course, actors on the international stage do not advertise their intentions prior to engaging in their grand plans and use ‘smoke and mirrors’ to achieve their goals. Sometimes, my theories may appear ‘far-fetched’ but I am willing to risk criticism by putting them out there for people to mull over.

In recent years I believe the international system has begun a key phase of transition. This transition is not just a turning point in world history, but a fundamental sea change in the way international relations are conducted. The last great sea change took place when the Treaty of Westphalia was signed in 1648. This ushered in the international system of nation states under which we have all lived our lives. That system now seems to be coming to an end. Globalisation actually began around that time, when organisations like the British East India Company began to invest in far flung markets across the world. The nation state system itself was a product of globalisation as the West exported it to places like Africa and the Americas. What is different now is that globalisation has reached its end game which will result in some sort of systemic transformation.

Of course, there is nothing completely inevitable in world history, the international state system might continue in some form. However, changes will inevitably happen and ultimately a new balance will have to be reached in order to create the stability that human society craves beyond all else. Some actors in international relations appear to want to replace the system of nation states with some sort of system based on global governance. Some proponents of this might be motivated by the feeling this is in the best interests of the human race, others may be motived by greed and the desire to amass personal wealth and private power. Who knows!

Nevertheless, the contemporary engines of economics and industry drive us to think in global terms. Globalisation is a reality, though the eventual form a totally globalised world system takes will be determined by all of us who now live on this small planet. Of course some have more power and influence than others but all have a role to play. At the moment, at least in the Western world, the powerful have to consider public opinion. As such they may feel the need to distract us from what they are doing and what their motivations are. They may rely on our credulity to achieve their goals! The form that the new global system will eventually take will result in either greater freedom or greater tyranny. The current generation will decide which – we are on the hinge of history!

This brings me on to this subject that I want to discuss. I have a theory about the banking crisis and the economic chaos that now blights our lives. This theory relates to our current period of transition. It is my own opinion and is based on nothing other than my own feelings and observations. It may seem far-fetched, it may be far-fetched, but here it is anyway. This is the scenario of the banking crisis in the context of a systemic shift in the way international relations are conducted:

Banks use their control of the economic system to create an economic crisis. Banks are bailed out with pretend money that governments borrowed from banks that have no real money. As soon as the money is endorsed by the government, via a government loan, it becomes real money. Governments then have to pay back the loan of pretend money from the banks with real money based on the sale or transfer of tangible state assets. The banks then pay off their debt with more pretend money. Thus wealth is transferred from the state and its people to a global elite. This is how we are being moved from a world run by national governance (democratic), based on the international state system and the rule of law, to a world run on the basis of global governance (oligarchic), based on transnational corporations and law applied on the basis of social position.