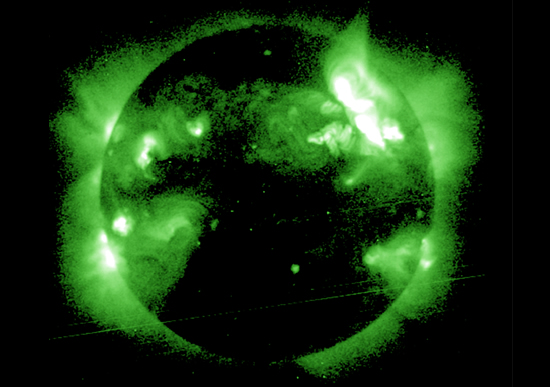 I watched The Blaze’s For The Record this week, with the episode entitled Blackout. I am increasingly impressed with this show and would highly recommend it to those seeking actual fact-based news. I will also be watching National Geographic’s docudrama American Blackout tonight. I can already tell you that show though, is flawed. They have radically underestimated the number of dead in America after an EMP attack at less than 2,000. That’s laughable. Just car crashes alone would result in far more than that. For The Record estimates over 50% of the population of the US would die in the first year according to the Congressional EMP Commission. And it could be many, many more.

Think about it… between starvation, lack of water, lack of medicine, exposure to the elements and violence, one heck of a party would ensue if the lights went out. That doesn’t include invasion and war. One of the scariest books I have ever read, hands down, is One Second After. Realistic and well-written, this one is a must read:

The book’s premise sets the stage for a series of “die-offs”. The first takes place within a week (those in hospitals and assisted living). After about 15 days, salmonella-induced typhoid fever and cholera set in from eating tainted food, drinking tainted water, and generally poor sanitation. Americans have lived in an environment of easy hygiene, sterilization, and antibiotics, making them prime targets for third-world diseases. The lack of bathing and poor diet will lead to rampant feminine hygiene infections; deep cuts, rusty nail punctures, and dog bites go untreated with antibiotics, tetanus shots, or rabies treatment as more die from common infections.

Critical medical supply and food thieves and others are executed in public as enforcement of martial law. In 30 days, cardiac and other drug-dependent patients die off. In 60 or so days, the pacemaker and Type I diabetics patients begin to die off (although John’s young daughter manages to survive until Day 131). The 5% of population having severe psychotic disorders that no longer have medication will re-create bedlam. Make-shift wood-burning stoves lead to carbon monoxide deaths and fires that cannot be controlled due to the lack of a fire department.

Then, refugees from the cities show up looking for food and shelter and the fight over scarce resources leads to confrontation, home invasion, and more violence-related die-offs. The community becomes an inviting target for escaped prisoners and organized gangs and more violence-related die-off. Ration cards are issued to conserve the little remaining food; regardless, the community slowly starves, with the elderly the first to die off. Next, parents starve themselves to save their children. Throughout this period suicides are common. After a year, approximately 20% of the initial population has “survived”.

The “average” die-off for the country was 90% leaving 30 million surviving out of original 300 million US population. The food-rich Midwest had the highest survival rate with a 50% die-off. New York City and Florida had a 95% die-off from infighting among their large populations, low levels of cultivated land, high elderly population, a lack of air conditioning, rampant transmission of disease, and natural disasters such as hurricanes.

An Electro Magnetic Pulse, or EMP, is a high-intensity burst of electromagnetic energy. This can occur during a massive solar flare or more likely, as a result of a nuclear bomb set off high above America. As an example, it could destroy approximately 74% of our electrical infrastructure if set off above Cincinnati, Ohio, according to one study. Now consider if more than one were set off high in the sky. It would be lights out America and we would be thrown 150 years backwards in technology in the blink of an eye.

The Congressional EMP Report found that out of America’s 16 primary infrastructures, the electrical grid was the most vulnerable to an EMP attack. A high-altitude (40–400 kilometer) nuclear detonation would fit the bill nicely launched by a ‘scud in a tub’ offshore, perhaps in the Gulf of Mexico. The report concluded that an EMP could create “the possibility of long-term, catastrophic consequences.” These consequences may include the destruction of U.S. military operational capabilities, food and water supplies, communications, banking and finance, and transportation services:

The American Foreign Policy Council argues that Iran and North Korea are developing offensive EMP capabilities. North Korea has pursued “long-range nuclear-capable missile technologies” and a “‘Super-EMP’ nuclear warhead,” while Iran has “conducted missile launches off vessels in the Caspian Sea,” showing the nation “could cause devastating harm to the U.S. through a ship-launched EMP attack.”

Once launched, a long-range ballistic missile equipped with a nuclear warhead intended to cause an EMP can reach the United States in as little as 33 minutes. Having a comprehensive, multilayered ballistic missile defense system is one way to mitigate this EMP threat. Yet the current missile defense budget has been reduced by $500 million to $9.2 billion for fiscal year (FY) 2014—and this doesn’t include sequestration. Heritage has estimated $11 billion is needed to adequately fund the U.S. missile defense system.

Multiple senior US officials on both sides of the aisle have warned on this threat. It is not a matter of if, but when. We shouldn’t have to discuss this. To harden the civilian grid, which 99% of the military rely upon, would cost $500 million. Considering our spending habits of late, that would be a pittance and well worth it. Cut back on a few royal vacations and some Progressive pork and voila! You have infrastructure security. If an EMP was detonated over the Eastern Seaboard, the estimated costs today would be around $800 billion in infrastructure assets. That doesn’t include loss of life.

Think about this as well… we no longer manufacture the huge electrical components for our grid – transformers – here in the US. It would take one to two years to replace one and it would have to come from Germany, Japan or South Korea. If there was ever an argument to bring manufacturing home to the US, that one alone would be it.

9-11 was a wake-up call. As horrific as it was, it was just the opening salvo to much more grandiose terrorism plans. Our leaders are sitting around acting like everything is fine… Either they are deaf, dumb and blind, or they just don’t care. As far as Obama goes, he knows what could happen and I think he hopes it will. You see, Russia and China have already protected themselves from this catastrophe. You have to ask yourself why we haven’t. Why are we playing Russian roulette (and I do mean Russian) with our life’s blood as a country when for a proportionately small amount, we could protect ourselves? Why, unless someone intentionally wants us exposed. I think we already know the answer to that one.

Those failed tests by the North Koreans and Iran, where we made fun of their missiles blowing up after launch… those were not failures, they were wild successes. Those missiles all exploded at the same apogee — the apogee of an EMP over the US. Russia and China have also conducted identical tests. In 1995, a Russian think tank recommended aligning with rogue nations and sharing nuclear information. That information ‘leaked’ to North Korea. In October of 2005, Iran posited a conference where the world would be better off without the US and Israel, showing them as broken spheres in an hour glass — in other words, time is running out. During the last crises in 2012 with North Korea, they had a satellite over middle America for a month; a satellite capable of carrying ballistic nuclear missiles. And the media was silent… In September of 2012, Iran announced that its Navy would start patrolling in international waters in the Atlantic and the Gulf of Mexico. It would be so easy to launch an EMP from anywhere out there and guess what… our radar wouldn’t catch it. That’s right. We have resources that look for an attack that comes via the Arctic and Russian routes. We don’t even look south. Say it with me: ‘scud in a tub.’

HR2417 – The Shield Act – is now before Congress and in Committee. The two leaders in the US Congress trying to get this rectified before we are all toast are Trent Franks (R) out of Arizona and Yvette Clarke (D) out of New York. The bill not only calls for making the electrical industry responsible for hardening the electrical grid, it calls for items such as massive surge protectors to be put in place.

There is no agency overseeing this threat. The DOE does not oversee it. EMPs are the ultimate asymmetrical weapon and Russia, China, Iran and North Korea will use them. Before it’s Lights out in America and we face an invasion from our enemies, perhaps we should at least attempt to protect our country from the existential threat of EMPs.

Recommended reading: One Second After

27 thoughts on “Lights Out in America – the EMP Threat”