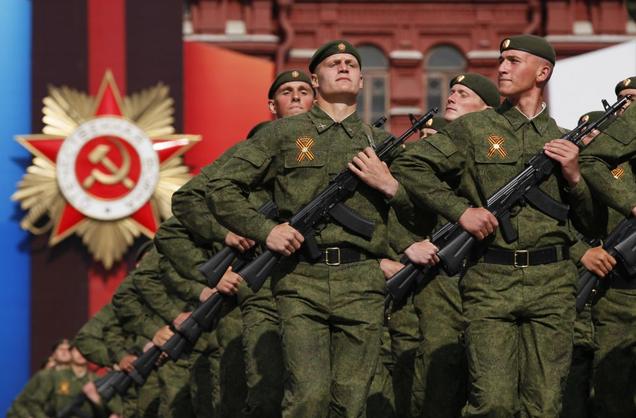 The expansionism threat of Russia is about to become very close and personal. This is what you get when the enemies within America, such as John Kerry and Barack Obama, declare the Monroe Doctrine dead. They have opened the door to our biggest enemies: Russia, China and Iran. Here comes the Russian bear.

Not only do the Russians have a warship docked in Cuba for easy access to quell the Venezuelan uprising, they are also negotiating with 8 governments around the world for access to their military facilities, so Russia can extend its long-range naval and strategic bomber capabilities with refueling ports. Those 8 countries include: Cuba, Venezuela, Nicaragua, Algeria, Cyprus, the Seychelles, Vietnam and Singapore. Three of those — Cuba, Venezuela and Nicaragua — are right in our back yard. Remember, Iran has a major base in Caracas and China has their financial hooks set solidly into virtually every country. An ocean no longer separates and protects America from her enemies.

While Russia is playing global chess expertly, a weakened America is gutted militarily by her Marxist President, while playing checkers and losing. Dark humor abounds from the genius of Iowa Hawk:

If one did not know better (wink, wink), you’d think Obama was in cahoots with Putin to bring us to our knees. We can no longer help allies such as the Ukraine because we are flat broke as a nation. Even if we had the financial wherewithal, since our military has been so drastically reduced, we don’t have sufficient troops who could be deployed. We can’t win a war without an adequate number of soldiers or without an arsenal, which we no longer have and it will take years and years to rebuild. The one thing Obama has done very well, is neuter the last super power on earth. The Ukrainian crises has proven to Russia that they have free rein to do as they please and it has emboldened the bear and she is ravenous. Putin has outright stated he wants to expand his power and reach and the world shrugs. The bear has a taste for Europe, but the US is her main course.

These aren’t technically Russian bases being established. But they might as well be and they are militarily strategic:

“We need bases for refueling near the equator, and in other places,” ITAR-Tass quoted him as saying.

Russia is not looking to establish bases in those locations, but to reach agreement to use facilities there when required.

The countries are all strategically located – in three leftist-ruled countries close to the U.S.; towards either end of the Mediterranean; in the Indian Ocean south of the Gulf of Aden; and near some of the world’s most important shipping lanes in the Malacca Strait and South China Sea.

Access to the new locations would extend the Russian military’s potential reach well beyond its existing extraterritorial bases, at the Syrian port of Tartus and in former Soviet states – Ukraine’s Sevastopol, Armenia, Belarus, Tajikistan, Kyrgyzstan, Kazakhstan and the occupied Georgian regions of Abkhazia and South Ossetia.

Shoigu said Russia was also beefing up its existing military presence in the post-Soviet region, doubling its troop numbers in Tajikistan and Kyrgyzstan, and deploying a regiment of troops to Belarus where it already has fighter aircraft stationed.

“Russia has started reviving its navy and strategic aviation since mid-2000s, seeing them as a tool to project the Russian image abroad and to protect its national interests around the globe,” the RIA Novosti state news agency commented.

“Now, Moscow needs to place such military assets in strategically important regions of the world to make them work effectively toward the goal of expanding Russia’s global influence.”

Russia is starting to make her move and this is with Obama’s blessing. Elections have consequences and Obama said he would be more flexible after he was re-elected. Behold the new flexibility… it brings conflict, war, strife, chaos and death.

This has been building since 2008, when Russia held joint naval exercises with Venezuela and the US yawned. They took place in the Caribbean, navigating the Panama Canal and making a port call in Havana. The Russkies were back in 2009 and last August. Russian strategic bombers also paid a visit in 2008. They returned again last fall, when two Tupolev “Blackjacks” carried out combat training patrols between Venezuela and Nicaragua. Crickets ensued from our government and military. Silence was evidently viewed as tacit approval.

The Russians have doubled their military spending since 2007 and by 2016, it will have tripled. The US has cut back to pre-WWII levels and we are still cutting. Why do you think Russia and China are spending so much money beefing up their military? So they can look cool in a YouTube video? Get real – they are coming for us eventually and right now, no one is standing in their way.

America, you had better wake up and fast. We have got to stop this Russian roulette being played by our leaders. We will lose if we don’t get rid of the Progressives and prepare to protect ourselves. We not only face a Constitutional crisis here at home, we are facing almost certain war abroad. Russian expansionism is a clear and present threat to America. We shouldn’t be cuddling with the Russian bear, we should be mounting their Communist head on a wall.

22 thoughts on “The Clear And Present Danger of Russian Expansionism”