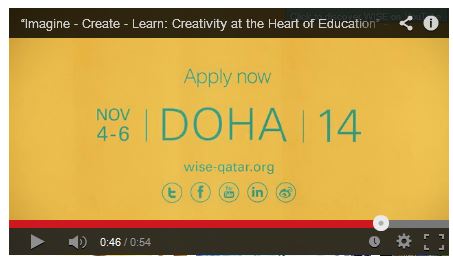 A little while back I spent several months researching the Common Core curriculum, and what I discovered absolutely shocked me. At times, it left me utterly incredulous. I wrote a two-part article on the subject. I still have part three (final installment) in progress. And I will be wrapping up that series of articles here in the near future. But the deeper I dig into Common Core, the more it has led me on numerous research paths, some of which interlock with what I thought were unrelated research paths. I still haven’t absorbed or synthesized it all.

What I find particularly insidious about Common Core is the emphasis on attempting to change values, beliefs, feelings and behaviors, instead of knowledge, understanding and comprehension as the primary focus for teaching and learning. But, as far as the creators and active promoters of Common Core standards are concerned, the attempt to change values, beliefs, feelings and behaviors is seen as a necessity in order to reverse allegiance to one’s own nation (eliminate national sovereignty), and instead embrace the Marxian socialist concept of being a good “citizen of the world.”

Common Core is not just about national standards for education in the United States. The Common Core initiative is about importing international standards into numerous nations. The purpose is to inculcate young minds to accept collectivism globally—wipe out patriotism … wipe out the very notion of “national sovereignty.” Apparently we all exist for the benefit of a political class now—away with the individual … sweep away knowledge and independent thought based in logic and reason.

There are many big-time global players pushing Common Core standards. Not too long ago, I learned a major sponsor for worldwide terrorism, Qatar, is connected with Common Core. So, once again, I’m reminded of author M. Stanton Evans’ “Law of Inadequate Paranoia,” which states, “No matter how bad you think something is, when you look into it, it is always worse.”

For example, the BBC is reporting Qatar wants to build schools … everywhere in the world—Sharia education for all!

The goal of universal primary education, a promise broken for decades, can be achieved in the next seven years, says Sheikha Moza bint Nasser.

The senior member of the Qatari royal family and education campaigner wants to galvanise the international community to provide education for 58 million children around the world without access to school.

World leaders made a millennium pledge this would be reached by 2015 – but this deadline is almost certain to be missed.

The target is likely to slip back to 2030. But Sheikha Moza, married to the former ruler, and mother of the current ruler of the wealthy Gulf state, says it could be reached in half that time.

It might be a case of royals not wanting to be kept waiting, but she calls for a much greater sense of urgency.

“It can be achieved. But we really need people to commit themselves. We need politicians to understand the power of education for their own countries, for their economies. It should not be seen as a luxury. It is essential.”

A few weeks ago Terresa Monroe-Hamilton and William Michael wrote about the cozy relationship between Qatar and former NYC mayor Michael Bloomberg, and their connection to Common Core:

Bloomberg actively brought Qatar into New York’s classrooms and is forcing Arabic as a language on students via Common Core and the Qatar Foundation International.

“No matter how bad you think something is, when you look into it, it is always worse.”

8 thoughts on “Common Core and Qatar—Sharia Education for All!”