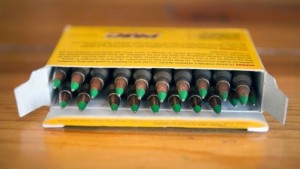 After reading the title of a recent news article entitled, Government backs off from banning assault rifle bullet, quite a bit of information is offered; some of which is intentionally misleading.  The article, which I’m sure has multiple variations scattered throughout the nation on virtually every media outlet,…where was I… the article claims that a public uprising has stemmed the government from stripping away yet another portion of our 2nd Amendment protection from government; that’s right, the 2nd Amendment was written to protect citizens from their government.

“Amid a massive outcry from gun enthusiasts, the government has backed away from a proposed ban on a specific bullet used in assault rifles that can pierce vests and body armor worn by police officers.”

For some reason a rifle which looks very similar to a military weapon in many ways has been allowed to be called an ‘assault rifle’ as if the AR-15 style semi-automatic rifle is the same as a fully automatic version the military uses.  The AR-15 is not an assault rifle; there isn’t such a thing, it’s a made up term.

Rifles are supposed to shoot ammunition; that’s about the extent of their purpose.  What the rifle is aimed at; now that becomes a decision of whoever is pointing the weapon.  Why a weapon is used is also up to that individual; it’s not up to anyone to presuppose a weapon’s purpose based on what it may or may not look like.

As for the kind of ammunition used in any given rifle, again, that is up to the individual based on purpose and how much the ammunition costs.

Unlike government agencies which have unlimited resources (taxpayers), individuals can’t buy up massive amounts of ammunition without considering the cost.  Then there’s the type of ammunition to consider; target practice ammo is considerably less expensive than ‘field ammo’ used to ‘inflict death and destruction’ on what ever target is picked.

That brings up a secondary topic; why did the Department of Homeland Security order over a billion and a half rounds of ammunition, to include several thousand rounds of hollow point ammo?  Hollow point ammo isn’t made for target practice and is intended to be used to ‘inflict death and destruction’.  The Department of Homeland Security has been telling the American public that the purchase was for training government employees?

“… at the height of the Iraq War the Army was expending less than 6 million rounds a month.  Therefore 1.6 billion rounds would be enough to sustain a hot war for 20+ years.  In America.”

I don’t recall ever getting a straight answer from the Department of Homeland Security. 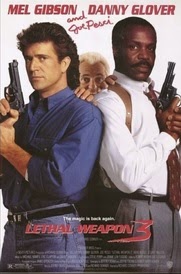 Getting back to the original article on why the Bureau of Alcohol, Tobacco, Firearms and Explosives (ATF) planned to ban a particular type of ammunition, their explanation was to “protect police officers”.   That’s interesting since, presumably, most of police officers targeted by ‘cop killer ammo’ were play actors in a movie, Lethal Weapon.

There really is no factual basis for calling them ‘cop killer ammo’, it’s a myth; but for the same reason folks call the AR an ‘assault weapon’ these same folks think ‘cop killer ammo’ sounds more sinister.

“So what are the “cop killer” bullets now? According to the Brady Campaign, it is any hollowpoint bullet on the market. For those of you that don’t know what a hollowpoint bullet really does, it is designed so that it does not over penetrate instead relying on it doing more tissue damage and expending all of its kinetic energy inside the target. This means that is less likely to penetrate a vest than other solid bullets. Wait, I thought “cop killers” were designed to penetrate polices vests?  Well, it would seem once a bullet gets painted with the capricious “cop killer” brush, you don’t have to let a little things like “precedence” and “reality” get in your way.”

Even if there were ‘cop killer bullets’; and any bullet that strikes in the ‘right place’ is a killer, criminals who are intent on killing police officers would figure out how to obtain them.  Criminals haven’t been kept from obtaining heroin, cocaine or guns even though there are laws prohibiting these items.  Criminals don’t give a crap about the law, that’s why we call them criminals.  (news flash – neither do our elected representatives or those appointed to serve in government agencies)

I guess the ATF really wants to stop average law abiding citizens from purchasing lethal bullets, armor piercing bullets; oh why stop there; the ATF wants to eventually ban ALL bullets.  You can keep your guns; but they don’t operate without bullets.  There, now it’s ‘out there’ as Billy Crystal would say.  Once it’s out there, it’s out there. 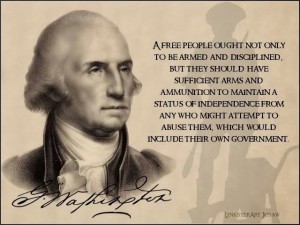 The message sent to Washington wasn’t from ‘gun enthusiasts’ as the article said; no, the message was sent from citizens who recognized that our government was attempting to whittle away an important part of the 2nd Amendment.  Our right to own and bear arms was specifically addressed because the Founding Fathers understood the biggest threat to liberty would come from an all powerful centralized government; something like we are quickly approaching.

If and when this monster sized central government turns on the citizenry, may it never happen in my lifetime; but if and when that happens citizens will be forced to use what ever weapons and ammunition they can lay their hands on.  It won’t matter if it’s a militarized police unit coming to remove ‘undesirables’ from society’ as was done in Pre-WWII NAZI Germany,  or if it’s your local Army Reserve Detail coming to haul right wing conservative nut jobs off to a FEMA camp.  The purpose of having a weapon and ammunition is to kill; there’s no nice way of saying it.

Our Declaration of Independence was issued as an open letter to a tyrannical King; but it applies equally to any tyrant with the intent and ability to enslave American citizens.  The time draws ever closer when citizens will be forced to defend against such tyranny.