The Noisy Room: Justice John Roberts for his judicial activism on King v. Burwell and the ultimate betrayal with his ruling in favor of Obamacare this week. The ruling stomped all over State’s rights and bent over backwards to reinterpret the Obamacare statute in favor of federal exchanges. “The somersaults of statutory interpretation they [the Justices of the Supreme Court] have performed …will be cited by litigants endlessly, to the confusion of honest jurisprudence,” concludes Justice Antonin Scalia in his dissent, joined by Justices Clarence Thomas and Sam Alito. “And the cases will publish forever the discouraging truth that the Supreme Court of the United States favors some laws over others, and is prepared to do whatever it takes to uphold and assist its favorites.”

“So it rewrites the law to make tax credits available everywhere,” he dissents. “We should start calling this law SCOTUScare.” The Court’s interpretation is “absurd,” Justice Scalia opined. And right he is. Scalia is a brilliant legal mind and he is horrified by the Leftist turn of the court. This must tear his soul apart. This was simply a political power play and one has to wonder, as I have before, if Chief Roberts has skeletons in his closet that are being used to sway his opinion.
This partisan ruling will have wide-ranging, catastrophic ramifications for America. The majority opinion states that, “The combination of no tax credits and an ineffective coverage requirement could well push a State’s individual insurance market into a death spiral.” And it inevitably will. Which in turn, will usher in single-payer healthcare. It’s coming.

Tzipras And the Greek Economy!!

Don Surber: The Weasel of the Week has to be the entire nation of Greece — Mustela Tsipras

These moochers refuse to reduce their spending and in so doing, seem hellbent on bringing down the global economy. Rather than cut their welfare checks by a few drachma, they risk losing the whole thing. 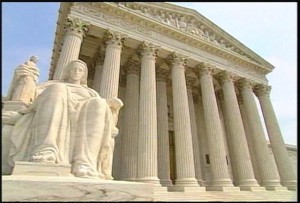 Ask Marion: As constitutionalist Supreme Court Judge Scalia said last week, ObamaCare should now be renamed SCOTUSCare since the Court has saved the unpopular law twice. He went on to say, “Words no longer have meaning if an Exchange that is not established by a State is ‘established by the State’.” Read Scalia’s full dissent HERE.

Brit Hume’s 6/29/15 commentary for Fox News focused on supreme court judges’ practice of ruling on rights that are not actually enumerated or listed in the Constitution, nor have ever previously been considered by a Supreme Court, pointing to the gay marriage decision. Hume said, “Chief Justice Roberts got Obamacare wrong (twice) saving the law from collapse, but he surely got it right on the gay marriage ruling, at least (in part) in writing, “it had nothing to do with the Constitution”. SCOTUS Gay Marriage decision now puts religious institution tax exemptions at risk; opens the door for the same argument on Polygamy; and attacks“>Christianity at its core, the left’s true target, while ignoring Islam’s attitude toward gay marriage or homosexuality.

Around a dozen Federally recognized Native American tribes will continue to ban same-sex couples from getting married on their tribal lands even after the US Supreme Court’s ruling that same-sex marriage is legal in all 50 US states. Federally recognized Native American tribes have the same powers as US states to pass laws governing the lands that fall under their reservations and they are not bound by the US Constitution, like states are, so any change on the issue will have to come from within.