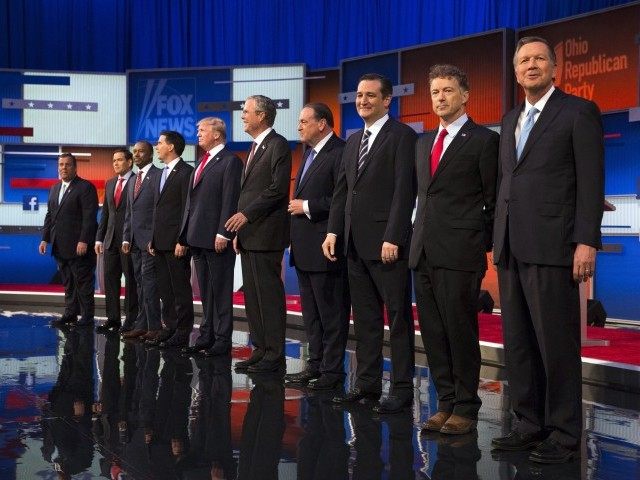 Every week on Monday morning, the Council and our invited guests weigh in at the Watcher’s Forum with short takes on a major issue of the day, the culture or daily living. This week’s question: Will You Watch The Upcoming GOP debate? What Will You Be Looking For?

The Independent Sentinel: I will watch the debate. I’m looking for a strong leader who appears to be honest. There are some issues I am not very flexible on such as illegal immigration and sanctuary cities, I want to know that the candidate values our rule of law and can bring back our self-respect. It has been a horrible 7 years.

Maggie’s Notebook: I will watch the GOP debate, knowing that we will learn little. I’ll be watching for body language and passion, in the rare event there is a good question asked. Don’t we all know what we’ll hear, and what will be asked? I’ve sent suggestions for questions to various sources, but we’ll never hear them asked unless it’s in a townhall-type setting – with We The People doing the asking. Here’s what I’m looking for, and I’ll still be looking for it when it’s all over.

1) I’d like to know which candidates are committed to cleaning up the State Department, all the way to the basement. Who will send the Liberal State bureaucrats packing. Who will choose Secretaries who will demand that they control their own Departments – Energy, Justice (the whole Civil Rights Department needs to be restructured), Interior, Veteran’s Affairs, State, Education, Homeland Security –– all of them, every single one of them. They are all entrenched with far-left career bureaucrats.

2) Will you “encourage” the House to use its unique power of the purse?

3) Will you commit to never allowing your administration to say we can’t build a fence, where fences can obviously be built? Will you argue that the $2B estimate for the cost of a fence can be paid for by stopping funding of the Corporation of National Community Service for less than two years (they get $1.8B annually). Or pick other programs with a “B” behind the dollar sign. Put it toward securing the border.

4) Will you encourage your Congress to use their powers to stop Anchor-Baby birthrights?

5) Will you commit to grabbing no more land for government use, unless an issue of National Security? We don’t have the money to maintain these lands, and they belong to those with the money to purchase. It’s the American way.

6) Will you commit to campaigning against Hillary, hitting her hard on every issue, every day (or the Democrat candidate) – Keep Benghazi lies, and the video in your speeches, on your websites, in your email –– every time, every one of them? Will you inform the people of her threat to our National Security, and do it over and over, using facts.

The questions we hear will be designed to pit Republican against Republican, rather than focusing on substance. Sad. I think we’ll learn little that we don’t know, but I wouldn’t miss it.

Bookworm Room: I probably won’t watch the debate. The tempo of my life is such that I seldom have the opportunity to watch things such as debates in real time. That doesn’t mean, though, that I won’t be paying attention.

What I’d like to see is the other Republican candidates, the ones who aren’t the Donald, learn from his straightforwardness. They’re all smarter than the Donald, more accomplished and, even for the weakest Republican candidates, more solid conservatives than he is. The American people need to hear them speak without the filter they invariably shelter under in deference to (or in fear of) the drive-by media, political correctness, and focus groups. I do believe that, until the true true conservatives remove their self-impose muzzles, the Donald will continue to carry the day.