Brian Wallace, a researcher at the cyber-security firm Cylance, discovered that critical files from Calpine Corporation, which operates 82 power plants in 18 states and Canada, were stolen in a breach that began around August 2013 and may be ongoing. The information in those files included passwords, diagrams, and sensitive engineering designs of power plants, at least one of which was marked “Mission Critical.” After analyzing circumstantial evidence, investigators concluded that the data was compromised by Iranian hackers.

Robert M. Lee, a former U.S. Air Force cyber-warfare operations officer, told AP that having this level of control could allow Iran to launch an attack on America’s electrical infrastructure at any time. “If the geopolitical situation changes and Iran wants to target these facilities, if they have this kind of information it will make it a lot easier,” he warned. 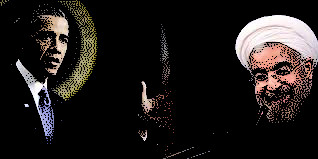 Cylance researchers determined that the stolen files were stored on unencrypted servers and embedded with code to spread malware, as well as software to mask the hackers’ Iranian IP addresses.

Last December, Cylance found “bone-chilling evidence” that Iranian hackers had taken control over airports in three countries, including Pakistan. At the time, reports noted that the Taliban had previously launched an attack at a gate in Karachi’s Jinnah International Airport that had been hacked by Iranians, though it is unclear whether the hacked information was used to facilitate the attack. Monday’s AP report mentioned that Wallace determined that the hackers who targeted Calpine also carried out attacks against Pakistan International Airlines.

Col. (res.) Dr. Gabi Siboni, director of the Cyber Security Program at Israel’s Institute for National Security Studies,warned earlier this year that the next 9/11-style terror attack would be perpetrated by hackers taking control of critical computer systems.

A recent increase of cyber-attacks against American government personnel is believed to be linked to the recentarrest of Iranian-American businessman Siamak Namazi in Tehran. Namazi’s computer was confiscated by Iran’s Revolutionary Guard Corps after he was detained. A scheme by Iranian hackers to get sensitive information from professionals in the defense and telecommunications industries using fake LinkedIn profiles was discovered and shut down in October.

In Iran Has Built an Army of Cyber-Proxies, which was published in the August 2015 issue of The Tower Magazine, Jordan Brunner warned that the risk posed by Iran’s cyber-proxies should not be underestimated:

For the most part, the United States and its allies do not see these private cyber-actors as a real threat, certainly not on the level of nation-states like Iran, China, Russia, and North Korea. One reason appears to be that attacks from states like China are part of a global strategy, while proxies like those employed by Iran concentrate on local areas. A perfect example would be the case of the SEA, whose primary role is to stifle internal dissent. Even if cyber-actors like the SEA are able to reach beyond their borders and attack regional allies or the U.S. itself—as was the case with the SEA’s attacks on American news organizations like the Associated Press, The New York Times, CNN, and even The Onion—the Obama administration tends to see these attacks as unsophisticated and “clearly a nuisance” rather than a serious threat.

But this ignores a problem that could turn deadly in certain circumstances. The idea that private cyber-actors are not a threat because they tend to be “local” in nature not only ignores the danger as “not our problem,” but also ignores the fact that it could very quickly become our problem. Illicit cyber-activity in the Middle East causes instability, which harms U.S. interests. If the U.S. is drawn into a fight directly or through groups like the Syrian rebels, it could see itself devastated by attacks against its cyber-infrastructure, either at home or abroad. In addition, nations like China also use their cyber-capabilities to quell internal dissent. Yet China uses the same capabilities to strike the U.S. The two are not mutually exclusive.

Read more at The Tower

Just when you thought the Obama administration had maxed out the Insane-o-Meter, it pulls another rabid killer rabbit out of its hat. An incredulous Adam Kredo reports:

Senior Obama administration officials are expressing concern that congressional attempts to tighten laws preventing terrorists from entering the United States could violate the Iran nuclear agreement and prompt Tehran to walk away from the agreement.

Congress is considering measures that would tighten the Visa Waiver Program to make it harder for potential terrorists to legally enter the United States by increasing restrictions on individuals who have travelled to countries with prominent terrorist organizations from bypassing security checks upon entering the United States.Iranian officials have in recent days repeatedly issued threatening statements to the Obama administration, saying that such moves would violate the nuclear agreement, and the Obama administration last week conveyed the Iranian anger to American lawmakers. 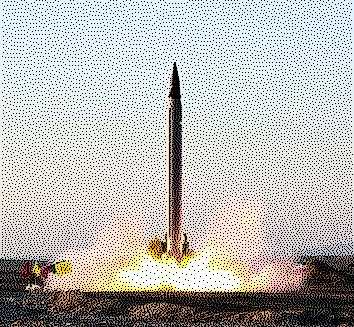 Let me repeat the key graph for slow-witted Democrats (but I repeat myself) reading along (with their lips moving): “Senior Obama administration officials are expressing concern that congressional attempts to tighten laws preventing terrorists from entering the United States could violate the Iran nuclear agreement and prompt Tehran to walk away from the agreement”.

And the Islamic terror state was just caught trying to bring down the U.S. electric grid.

But, according to the Obama-Hillary-Kerry suicide triad, trying to prevent terrorists from entering the United States is the real deal-breaker.

Aronoff’s article discusses how Frank Gaffney, a strong national security advocate warning about the dangers of shariah law and the Muslim Brotherhood, was attacked during a recent CNN appearance for allegedly promoting “McCarthyite” politics, and also belittled by The Washington Post’s Dana Milbank.

Aronoff said that Gaffney, who heads the Center for Security Policy, is “someone who I have great admiration for.”

“I think he’s been a powerful force in this country for good, and for peace through strength,” said Aronoff.

Gaffney has been a leading critic of the Council on American-Islamic Relations (CAIR), which has been clearly identified as a Hamas or Muslim Brotherhood front organization posing as a civil rights organization, noted Aronoff.

CNN host Don Lemon misled his viewers by falsely claiming during his segment with Gaffney that “There is no direct knowledge that we had that CAIR has anything to do with the Muslim brotherhood.”

“The FBI used to have a relationship with CAIR, and after the Holy Foundation trial a decade or so back, they cut off ties with them because it became quite clear that they are a front group for the Muslim Brotherhood,” said Aronoff. “And these are sensitive topics, but our survival is at stake.”

“So the real question—and this should be a discussion—Should we be concerned about the Muslim Brotherhood, or should we just think of them as sort of the Elks Lodge of Muslims?” asked Aronoff on the show.

“Let’s go ahead and make the disclaimer right now,” said Aronoff, continuing, “we’re not saying all Muslims are terrorists, but I guess we’re saying that all jihadists are Muslims, and that jihadists, whether they are the Sunni Muslim Brotherhood types or the Iranian Shiite, they are of great concern.”

Aronoff argued that Obama really has gotten a “free pass” on having advisors who are connected to the Brotherhood. “I think it’s something that should be asked of every candidate: what they know about them, and what they think about them.”

You can listen to the entire interview here…