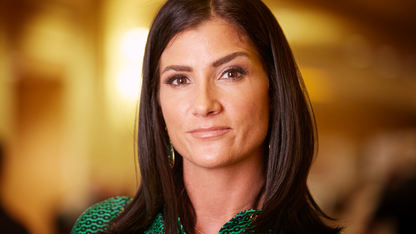 We are witnesses to the most ruthless attack on a president and the people who voted for him, and the free system that allowed it to happen, in American history. From the highest levels of government, to their media, universities and billionaires, their hateful defiance of his legitimacy is an insult to each of us.

But the ultimate insult is that they think we’re so stupid that we’ll let them get away with it. These saboteurs, slashing away with their leaks and sneers, their phony accusations and gagging sanctimony, drive their daggers through the heart of our future, poisoning our belief that honest custody of our institutions will ever again be possible.

So they can then build their utopia from the ashes of what they burned down. No, their fate will be failure and they will perish in the political flames of their own fires.

We are the National Rifle Association of America. And we are Freedom’s Safest Place.

From: The United West 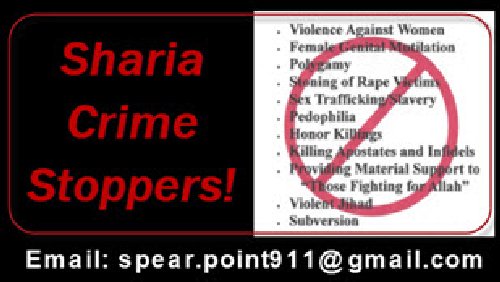 Sharia Crime Stoppers is a forthright campaign demanding that the American justice system effectively deal with the criminal aspects of Sharia. Police and prosecutors must be trained in Sharia and citizens must demand that the full force of American law be applied in their communities, despite political pressure to the contrary.

Sharia Crime Stoppers offers certified training for Local Law Enforcement personnel for County Sheriffs to officers in the field, along with detectives and intelligence officers. There is no cost for this training other than the travel expenses of the instructors. Contact [email protected] for course outlines and other details.

An informed citizenry is indispensable to the mission of stopping the “Muslim Mafia”, the 1400-year-old international organized crime syndicate that sanctions criminal behavior with a goal to destroy western civilization, specifically America.

The citizen briefing “Women and Sharia” is a starting point to alert the most vulnerable targets to the specifics of Sharia Crime, its mentality and its brutality. No-Fault Rape, Honor Killing, and FGM and related topics are explored in a way that gives women the information they need to urge law enforcement personnel to obtain the certified Sharia training that has be hidden from them for a decade.

The Women and Sharia briefings are available via several options:

Listed below are basic overviews of the training subject matter with an abbreviated presentation by a citizen activist assisting in this training process.

Below is an overview of the Series with additional detail included (all video’s listed here are also linked on our Resources page for future reference):

The following links are areas broken down based on subject/title:

Contact [email protected] with questions or comments regarding any of these topics.

Additional citizen briefings will address, at a high level, the same topics covered in professional detail in the certified training for Local Law Enforcement personnel. Topics such as:

Watch for postings of the availability of these forthcoming citizen briefings.

The “Wall of Worry” is rising. Goldman warns there is an 88% chance of a bear market in the intermediate future. Morgan Stanley stated today is an appropriate time to short the market. Vanguard and Fidelity have both issued bearish pronouncements. These are just the bearish comments of the last three days. The warnings issued the last 9 months are bordering on infinity.

The difference between today’s Wall of Worry and past “Walls” is that in era’s past equities were plunging.

Perhaps the only definitive comment to make is that if equities enter into a bear market as the largest firms are repetitively suggesting, this will be the most forecasted bear market in history.

Speaking of bear markets, the oil narrative is still extremely negative. Crude prices however are rising as inventories are declining at a pace greater than expected. The geopolitical risks are gargantuan, risks in years past that would create an incredibly bullish narrative.

Conversely to rising crude, oil equities are still languishing, internalizing this never ending bearish narrative, a narrative which in my view that is devoid from reality. It has been suggested oil stocks are priced for $35 oil not $52.

I am certain one can write a SAT question surrounding the negative equity narrative… rising equity prices and a negative crude narrative, but rising crude prices and languishing oil equity prices. But I do poorly on standardized tests.

In my view, the market that is entirely devoid from reality is the Treasury market. The FOMC is projecting an additional 100 basis points of tightening in the next 12-13 months boosting the overnight rate to around 2.25% or to the yield on today’s 10-year Treasury.

Wow! All must remember the Committee missed its “central tendency” (which is different than a projection) from 2010-2015 when a comparable increase was suggested. Because of history, I think there is total complacency in the Treasury market.

Perhaps the only definitive statement to make is tomorrow will be interesting where fortunes can potentially be made and lost.