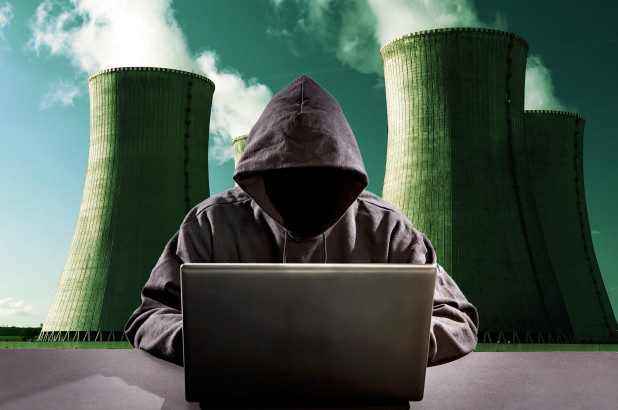 A conventional nuclear reactor (CNR) can only utilize 1% of the uranium mined to fuel it. Think about that for a second; 1%!!! This begs the question, was nuclear energy sabotaged, perhaps to protect the market value of fossil fuel resources? Who in their right mind would even consider building something so ridiculous, much less build an entire industry around it? It can be shown in simple terms that CNRs are one of if not the most dangerous and most expensive reactor design ever conceived and are the only reason the cost of nuclear-generated electricity is not 10 times cheaper. Currently, the world spends $4 trillion/yr on electricity. Extrapolated back to the dawn of the nuclear age, the case can be made that the sabotaging of nuclear reactor design has resulted in overcharging the public in excess of $100 trillion in today’s dollars.

To understand how this is, one need only look at what a reactor is, what the operational characteristics are for a CNR and what the characteristics of an Idealized Nuclear Reactor (INR) could be. A reactor is a volume of space where the loss of neutrons due to leakage or parasitic absorption in non-fuel atoms equals the excess production of neutrons due to the absorption of a neutron in a nuclear fuel atom. Aside from maintaining a reaction, a power reactor must also remove the heat generated in the reaction.

A CNR Packs the fuel in 80,000 rods inside a massive steam kettle and passes water across the rods. This foolish design means that a CNR can be used as a weapon of war against its own population, its $6B investment can be destroyed by nothing more than a ruptured coolant line, it is limited to a power production rate of 1 gigawatt electric (GWe), just the reactor costs $5 billion to build, it has lifetime fuel costs of at least $5B, it is only 1% fuel efficient, and it generates a lot of long-lived waste.

An INR is simply a fuel-and-coolant mixture inside a low-pressure tank that is circulated in and out of heat exchangers; just a tank containing a mixture. Because it contains only fuel mixed in the coolant, it is optimized for both neutron economy and heat transfer. An INR cannot be used as a weapon against its own population, will not destroy itself under any circumstances, can produce dozens of times more power for the same size reactor vessel, could be built for as little as 100 times less than a CNR, has almost no operational or lifetime fuel costs, is 100% fuel efficient, and it generates at least 10 times less waste that is not long-lived.

The cost and operational comparisons are staggering. The advantages of an INR are not just significant, they are incomparable. For any who doubt this claim, that an INR can be as simple as a tank of fuel and coolant, I direct them to the Sun. The Sun is nothing more than a gravitational tank of nuclear material and it is, in fact, an INR. Furthermore, the facts remain. Our government caused to be built an entire nuclear industry, based on a reactor originally designed to fit in a submarine, that can only utilize 1% of the uranium resource mined to fuel them, that gave us Fukushima, and in the event of war will give us hundreds of Fukushimas.

The most important comparison between a CNR and an INR is a CNR’s vulnerability as a weapon of war. If an enemy bombs a CNR or multiple CNRs, it will threaten millions of people and lay waste to millions of acres for decades, whereas an INR would not. This is because a CNR accumulates vast quantities of waste that are easily dispersible and an INR would not. If an INR were bombed, the coolant would simply congeal and encapsulate the waste.
Aside from building a reactor that is 1% resource efficient, who would choose to build a reactor design that has an inherent dooms-day characteristic if it is bombed, when an INR could be built 100 times cheaper and has no dooms-day characteristic? Who are these people? Fortunately, all 99 or so reactors within the U.S. could be converted to INRs for less than the cost of a single refueling outage. Hopefully, we might be able to make this transition and immediately halve our electricity bill before we get in a real war.

I encourage the public to contact their representative and ask that they open a public inquiry into this matter. The only way the public is not going to have stupidly expensive wind and solar energy stuffed down their throats as if many individuals are willing to stand up and fight against the corpocracy. Either many of us fight for cheap energy or we’ll just pay 20 times more for our electricity. There is no way that such a horrendous reactor design was selected by mistake. Some people did not want nuclear energy to succeed and they used the government to make sure it didn’t. They didn’t care how many lives would be put at risk or how much hardship it caused.

As if this derailment of nuclear energy wasn’t bad enough. Now, these same interests are using the power of the state to misinform the public about CO2. Although the CO2 concentration is equivalent to the length of an airport runway compared to a trip across the country, atmospheric records are being falsified to push 3 to 5 times more expensive wind and solar energy onto the public. First, they made nuclear unacceptable by building reactors that can meltdown, so that 10 times more expensive fossil fuel would be used for electricity. Now they are demonizing fossil fuel to sell 3 times more expensive alternative energy that would be built in addition to a fossil fuel infrastructure. All the while, electricity that is fail-safe and nearly too cheap to meter, an Ideal Nuclear Reactor, is relegated to obscurity or indefinite ‘research’.

If an investigation is ever done into the building of a 1%-fuel-efficient nuclear industry, it will show the enormity of the crime. There will be no defense and it really will lead to electricity that is almost too cheap to meter.

6 thoughts on “Was Nuclear Energy Sabotaged?”