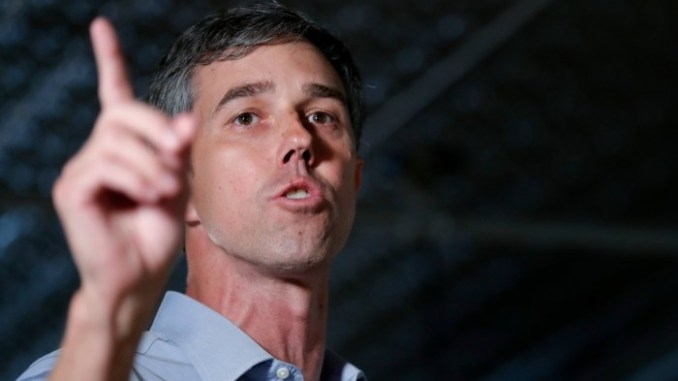 My prayers and heartfelt sympathy goes out to the victims of the El Paso mall shooting.  The gunman posted a manifesto.

One of the issues that angered the gunman is illegal immigration.  Democrats and fake news media will jump on this like white on rice.  Despicably, they will launch a bogus narrative that the gunman is a typical Trump voter, driven to violence by Trump’s racist rhetoric.

I just want to say I love the people of this country. But g——, most of y’all are just too stubborn to change your lifestyle. So the next logical step is to decrease the number of people in America using resources. If we can get rid of enough people, then our way of life can become more sustainable.

Wow, that is scary.

I doubt that you will hear this environmental wacko statement in the manifesto reported on CNN.  The same way magicians use misdirection, fake news media will try to focus our attention away from the truth that the gunman was strongly influenced by left-wing environmental indoctrination.

Years ago in a public library, I was shocked to see a stack of brochures that told youths that having a baby is irresponsible and destructive to the planet.  God instructed Adam and Eve, “Be fruitful, and multiply, and replenish the earth…”  Progressives reject God’s intention for everything, foolishly believing they know better than our creator what is best for us.

In his manifesto, the gunman used the word “sustainable.”  Because we have allowed progressives to dominate public education for decades, sustainability is sacred, “holy,” in the minds of many Millennials.

Democrats and fake news media view every shooting and catastrophe through a lens of how they can exploit it to kick Trump out of the White House.  How can the tragic event be used to further their anti-American, anti-Christian, and socialist-progressive agenda?  American suffering and lost lives are acceptable collateral damage to achieve their goal.

No matter how much Democrats and fake news media pretend to care about the victims of the mall shooting, they relish another opportunity to get Trump.  They are laser-focused on using the tragedy against Trump in the 2020 presidential election.

Progressives’ hatred for traditional American values, patriotism, and Christianity has risen to remarkable levels since we elected President Trump.  Progressives believe that no price is too high, no tactic too low if it will remove Trump from office.  Most Democrats in Congress and fake news media are void of a biblical point of reference, which makes them extremely callous, cold, calculating, and dangerous.  Yes, I am saying they are evil.  How else can you explain 177 Democrats voting to murder babies even after they are born?