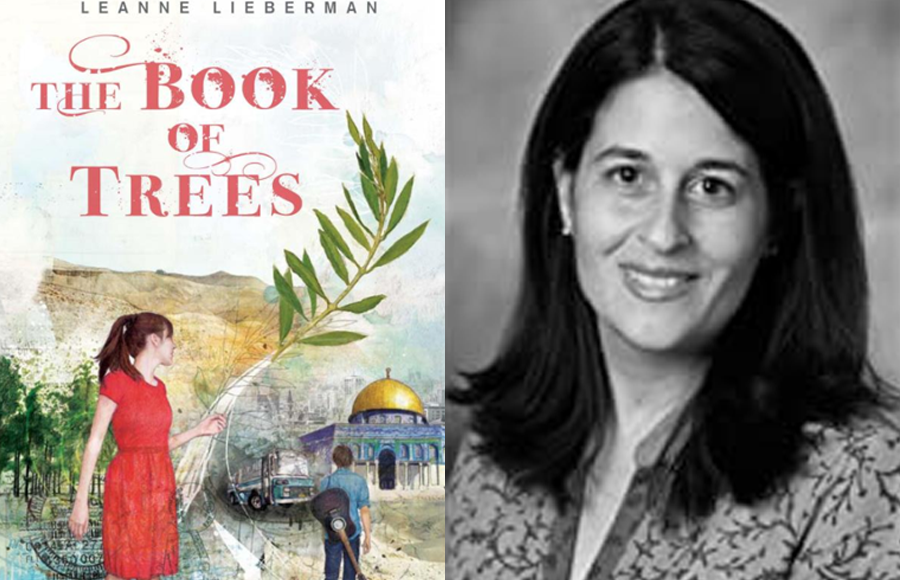 I found The Book of Trees, by Leanne Lieberman, to be an unusual reading experience. I was struck by its inauthenticity, as the author clearly had a list of grievances and concocted a storyline to convey them. Her intent was to disparage and delegitimize Israel as a nation and the Jews as a people – indeed to challenge their very existence – revealing her opinion through Mia.

CLEVELAND, OH – Mia is the 17-year-old daughter of unwed parents in Canada. Her mother is an irreligious, Jewish, Bohemian-type remnant of the 1960s; her father, an atheist, lapsed Catholic, and a traveling musician who was often absent. She is lonely, in need of spiritual grounding. Alluding to her Jewish grandmother, she responded to a Jewish outreach poster and accepted a scholarship to study in Israel with a friend, Aviva Blume, for the summer between high school and university.

From the first day that she can run off on her own, Mia finds beauty in the endless desert and in the mosque on the Temple Mount and the Armenian church within the Old City. She disparages all else – Mrs. Blume, who hosted Mia’s first Shabbat dinner in Canada, as “frumpy”; Mr. Blume, as “fat and middle-aged,” although Mia was touched by the evening and the traditional love song. In Israel, she finds the tourists “dorky,” the Kotel “just a stone wall,” and the wigs worn by orthodox women for modesty “weirded me out.” The young man in the class is cute but “geeky.” The teacher’s kerchief is “ugly” and classes about the laws of kashruth (Jewish religious laws of the suitability of food) are “ridiculous” and “disappointing.” She is often dizzy, her headaches from clenching her teeth, and she was “nauseated” during prayers. However, she finds the non-Jewish American guitarist, Andrew, attractive, and she makes a feeble attempt at limiting her association. The author’s opinions about Judaism and Jews have become obvious.

She takes her first bus trip with Aviva into the Judean Desert, its name derived from Judah, one of the sons of the Jewish Patriarch, Jacob, also known as Israel, but the author has obvious reasons for overlooking the connection. Also ignored are the 3,000 years of recorded Jewish history on this land, including verified accounts of kings, prophets, characters that define the people, their artifacts, and values, preferring to imagine credibility for Arabs who have no historical ties whatsoever.

Mia criticizes a grove of neatly spaced trees that had been planted by the Jewish National Fund (JNF), saying they looked unnatural, lacking the undergrowth of a northern forest. “It felt dead, like a tree graveyard.” She belittles the monument that commemorates the soldiers who took the hill in the 1948 War of Independence, battling five Arab armies that attacked the new sovereign state. Aviva suggests that the trees were probably planted over what had been an Arab village, to which Mia responds, “I guess they were determined to keep their homeland,” again endorsing the Muslim storyline.

Rather than fact-check prior to writing, Lieberman recently reviewed her own book for credibility; book sales are weak, perhaps due to her tenacious bias. Mia cries for trees she imagines have been planted over Arab villages, but not for the Israelis murdered by those Arab villagers, or for diners killed, crippled or blinded by a jihadi’s explosive belt; or for the homes and playgrounds and thousands of agricultural acreage and wildlife, preserves burned to cinders by their youths’ incendiary balloons. She repeats the Palestinian lie of Israeli oppression, and accuses Israel of apartheid, the charges never substantiated. During the pandemic, the Palestinian Authority continues to prioritize payments to convicted terrorists and their families over their people’s well-being. Even though Israel’s economy has suffered and people have died, the Jewish state continues to send aid to the PA and Gaza.

Muslim citizens enjoy more rights in Israel than they do under Islamic rule.  The 20th century is packed with Arab raids, terrorism, massacres, revolts, numerous wars, intifadas, and suicide bombings worldwide. Azzam Pasha, secretary-general of the Arab League, declared of Israel on May 15, 1948, “This will be a war of extermination and a momentous massacre which will be spoken of like the Mongolian massacres and the Crusades.” Islam has been the cause of mass slaughter, devastation and annihilation since its inception and responsible for the more than 37,483 deadly attacks, worldwide (to 8/18/20), since 9/11. They have never declared a desire for peace as Lieberman suggests. and have never enacted laws to abolish slavery or grant individual freedoms. The Book of Trees is a mission in deception for the Palestinian narrative, and it is time to drop the legend of indigenous Palestinians.

The 600,000 – 750,000 Arabs who left Israel according to their own armies’ commands were part of the displaced masses from the Arab-initiated war and should have been welcomed back to Egypt, Iraq, Jordan, Syria, and Lebanon. Egypt is 36:1 the size of Israel, Iraq 15.7:1, Syria 6.6:1, and Jordan 3.2:1, and the Naqba is the betrayal by their own. Lieberman’s hope that Israel will welcome their avowed enemy and descendants is a wish for Israel’s annihilation. She does not advocate that the 850,000 displaced Jews be permitted to return to the Islamic countries from which they fled at the same time. Yasser Arafat declared that a Palestinian state would be Jew-free, yet the author and others expect Israel to be overwhelmed by their enemy.

From her new lover, Andrew, Mia learns that the Palestinians are “a poor native people who have been uprooted,” and that they want clean water and good schools – basic human rights. She does not know that Israel supplies large amounts of water from its own provisions to Palestinians and Jordan because this desert country has become a world leader of water conservation and desalination, overcoming almost insurmountable obstacles, while Hamas-controlled Gazans refuse to cooperate to improve their lot and use the water as a political issue. Similarly, Mia seems not to know that Palestinians refused every opportunity to create their own country on land offered by the UN and Israel, and unaware that their children are raised to be murderous jihadis. And how is “good schools” defined when they teach hate against Israel and all Jews, and how to behead their perceived enemy. After the Arabs lost their War of 1967, they still declared, NO peace with Israel, NO recognition of Israel, and NO negotiation with Israel.

Mia learns about the checkpoints, but not of their effectiveness at apprehending terrorists before they can gain entry into Israel and discharge their explosive devices among the citizens. Lieberman describes the West Bank as a third-world country, with no infrastructure, their economy in ruins, but appears to be unaware that their more-than-generous funding (among the world’s largest per-capita aid recipients) gets funneled to Palestinian officials, for armaments against Israel and for mothers of jihadi martyrs. Funds earmarked for cement for housing are instead used to construct miles of terror tunnels, and the elite reside in grandeur.

Andrew tells Mia that he volunteers to teach music and tutor English at a Palestinian school, and he rebuilds Arab homes razed by the Israeli military. Once again, Lieberman withholds why these homes have been destroyed.  Some were built as illegal acts of defiance by the United Nations against Israeli law; others were erected by nomadic tribes on land that lacked infrastructure and  deemed unsuitable for housing (Israel offers to move Bedouins!); and still, others were intentionally demolished as a reprisal for the families of murderous martyrs.

Upon seeing the Kotel, the remaining Western Wall of the ancient Jewish Temple and Jewry’s holiest shrine (built in 2nd century BCE, destroyed by the Romans in 70 CE), Mia criticizes their prayer customs of thousands of years.  (Doubtful that she would be this respectful with other religions.) Lieberman uses Andrew to remind the reader once again, that the Palestinians were “violently” expelled in 1948, their trees and groves destroyed, the innocents killed or imprisoned by the Israeli army. (Read Arab accounts here) Lieberman’s choices of informational sources are no different than if she had contacted Josef Goebbels for data about the Holocaust.

Despite the attempts to discredit and delegitimize Israel, the truth is known. Auni Bey Abdul-Hadi, an Arab Muslim leader, told the Peel Commission in 1937: “There is no such country as Palestine! Palestine is a term the Zionists invented. (TK – The Romans invented the term as an affront to the Jews.) There is no Palestine in the Bible.  Our country was for centuries part of Syria.”  In 1946, Arab-American historian Philip Hitti testified before the 1946 Anglo-American Committee of Inquiry: “There is no such thing as Palestine in history, absolutely not,” – meaning that there had never been a nation bearing this name.

Syrian President Hafez Assad told Yasser Arafat, “Palestine is an integral part of Syria,” and Prince Hassan of the Jordanian National Assembly said, on February 2, 1970, “Palestine is Jordan and Jordan is Palestine.”

PLO executive committee member, Zahir Muhsein, said, “The creation of a Palestinian state is only a means for continuing our struggle against the state of Israel.” in short, its only purpose is to oppose Zionism and this is one of many war tactics.

Of the numerous Muslim-majority states worldwide, they may all have begun as small parcels of land, no-go zones within cities that expand by force under Islamic rule, but an independent Arab Palestine has never existed – not under Ottoman rule or British rule, not under the United Nations Partition Plan, and not under Jordanian or Egyptian rule. For now, it remains a myth based on deception, and Lieberman’s book for vulnerable children and young adults a sad symptom of our times. 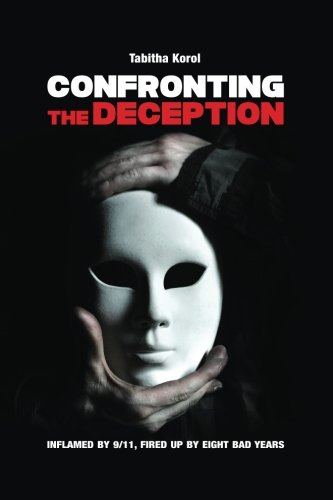