There is a severe lack of housing options throughout the state. Of course, there is a major homeless epidemic. We cannot begin to understand the full consequences of the fires much less the fact that there are brownouts and scheduled blackouts. Pacific Gas and Electric is bankrupt. 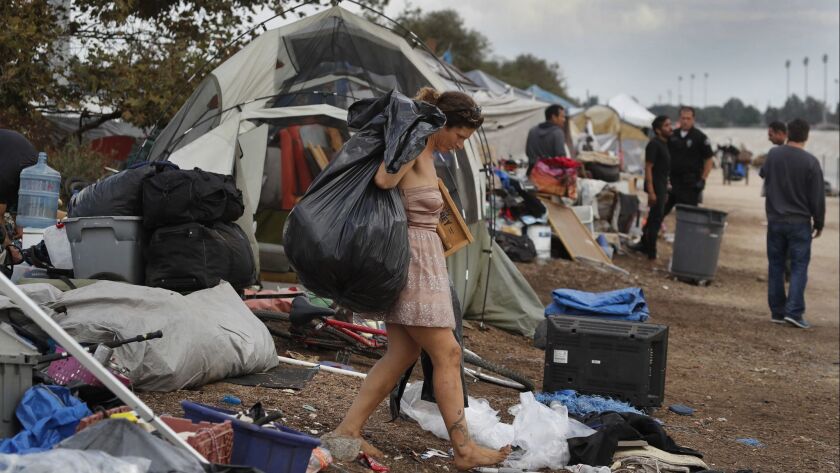 Did we mention water shortages? Oh, there is the California Public Employees Retirement System (CalPERS) which is faced with a $100 billion shortfall. 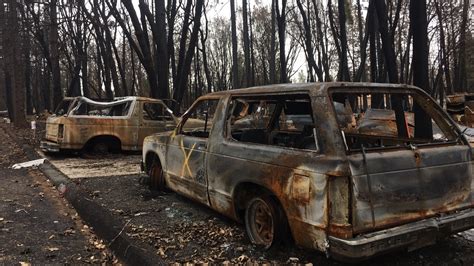 See where this is going? Now with the Biden/Harris administration….the predictions are there as spelled out the a recent LA Times op-ed.

After four years of being relentlessly targeted by a Republican president who worked overtime to bait, punish and marginalize California and everything it represents, the state is suddenly center stage again in Washington’s policy arena.

California is emerging as the de facto policy think tank of the Biden-Harris administration and of a Congress soon to be under Democratic control. That’s rekindling past cliches about the state — incubator of innovation, premier laboratory of democracy, land of big ideas — even as it struggles with surging COVID-19 infections, a safety net frayed by the pandemic’s toll, crushing housing costs and wildfires, all fueling an exodus of residents.

There is no place the incoming administration is leaning on more heavily for inspiration in setting a progressive policy agenda.

The revival in Washington of the California model of governance was cemented by Democrats’ recent recapture of the Senate majority, and comes after a Trump-era hiatus during which the state was road-testing ambitious new policies. Another factor: California Sen. Kamala Harris is about to become vice president.

“California has never had a Democrat on a national ticket, much less a ticket that won,” said former Democratic Gov. Gray Davis. “Kamala Harris will be in all the meetings and have the last word with the president after they are over. She’ll be sharing ideas, innovations and breakthroughs from California that might help solve problems on the national level.”

Other Californians will be doing the same from Biden’s Cabinet. Atty. Gen. Xavier Becerra is nominated to run the massive Health and Human Services Department. The nominee for Treasury secretary, former Federal Reserve Chair Janet Yellen, is a professor at UC Berkeley, as is the nominee for Energy secretary, Jennifer Granholm. Longtime California resident Alejandro Mayorkas is the nominee to run the Department of Homeland Security.

And in Congress, of course, San Francisco Democrat Nancy Pelosi will be running point on the California agenda as House speaker.

Not that Biden needs the nudge. He’s been pushing to nationalize some of the state’s pioneering efforts on climate action, workers’ rights, law enforcement and criminal justice, healthcare and economic empowerment since he was vice president in the Obama era. He continued to champion the cause while he and Harris were still rivals in the 2020 presidential race.

The incoming administration is embracing some of California’s most pioneering initiatives, such as programs for rapidly decarbonizing the electricity grid and tuition-free college, as well as more obscure, incremental policies. Also on the new White House agenda will be measures to ban mandatory arbitration clauses in employee contracts and a revival of a “Cash for Clunkers” program aimed at providing incentives to get polluting cars off the road — signature California policies.

Even some ideas that haven’t worked out so well in California are on the national agenda now. Biden is a fierce proponent of high-speed rail, as well as new protections for gig economy workers that California voters diluted in November.

“California has this mantle of leadership, but along with that can come the stumbles of being the first adopter,” said Rep. Jared Huffman (D-San Rafael). “It’s an innovative and imaginative place that tends to set trends and blaze trails. It’s too big and too influential not to inform our country’s policy direction going forward.”

California’s influence will be felt in how Americans power their homes and cars, and even in how they save for retirement.

“California is not just about pushing the envelope, it is about tearing it apart,” said former state Senate leader Kevin de León, who helped the state implement some of the innovative ideas the incoming administration wants to pursue. “The state is full of disruptors and malcontents who are impatient and have no problem challenging the status quo.”

De León worked for years to enroll all California workers in an “auto-IRA” program that would automatically direct a small share of their earnings to a 401(k)-style savings account. He was motivated by the experience of his aunt, a housekeeper and one of the millions of Californians who was toiling in a low-wage job without any retirement safety net beyond Social Security.

“This was a woman, salt of the earth, who always worked fingers to bone,” De León said. “Yet I am her IRA, I am her pension plan. Her story is not unique. You have millions of Californians and tens of millions of Americans who are retiring into poverty.” The CalSavers program that De León was able to help create in California is a template for Biden’s agenda on retirement security.

California’s plan to remove carbon-emitting power sources from its electricity grid entirely by 2045 also inspired the incoming administration. Biden is proposing an even more aggressive timeline, looking to move the grid to zero emissions nationwide by 2035.

The state’s plan was the most ambitious of its kind when it was approved in 2018, a snub at Trump’s unrelenting push to revive demand for fossil fuels. It moved several other states to push up their decarbonization timelines. “My thinking was we had to be a beacon of hope and opportunity while Trump was trying to undo all of our policies at the national level,” De León said.

When Trump moved to withdraw the United States from the 2015 Paris Agreement on climate change, California committed to meeting its objectives regardless, and launched a successful crusade to persuade 23 other states to do the same. Biden is now preparing to reenter the accord. California’s landmark tailpipe emissions standards that the Trump administration worked furiously to erode are again central to that effort, helping to push the nation’s vehicle fleet toward electrification.

An environmental task force set up last year with members across the Democratic Party’s spectrum — co-chaired by former Secretary of State John F. Kerry, since appointed to Biden’s Cabinet as climate envoy — urged the incoming administration to seek counsel from California. “Immediately convene California, due to its unique authority, and other states with labor, auto industry, and environmental leaders to inform ambitious actions,” the group’s report advised.

Biden’s agenda will also be informed by California’s setbacks.

The rolling blackouts the state recently endured pointed to the need for more innovation, public investment and oversight to keep pace with green-energy goals. The state’s cap-and-trade program to reduce greenhouse gases fell short in curbing pollution in marginalized communities, triggering protests that may have cost California’s chief air regulator a post in Biden’s Cabinet as head of the Environmental Protection Agency.

Likewise, the disastrous delays in delivering unemployment relief checks during the pandemic, and associated rampant levels of fraud, scuttled the Cabinet prospects of California’s labor secretary. (Biden did pick an official from the state government, Isabel Guzman, to run the Small Business Administration.)

The national movement to protect gig economy workers was dealt a damaging blow when California voters in November sided with ride-hailing companies and other technology firms, which were eager to carve big loopholes into the state’s landmark law meant to protect those workers.

Supporters of the policies say the setbacks in California are part of the road-testing. They signal to federal leaders what tweaks are needed before a national rollout.

One California policy Biden promises to replicate aims to reduce the high rate of Black women who die while giving birth or within a year of it. Though the program helped the state make significant progress driving down the overall maternal mortality rate, it didn’t narrow the racial gap. Black women still account for 40% of deaths. The Biden camp says it will propose additional actions to confront racial inequities in healthcare.

In the case of the gig worker rules California created — and which Biden favors — activists in the state are looking to the president-elect to revive protections like those undermined by Proposition 22. Robert Reich, Labor secretary in the Clinton administration, said in an email that Biden could potentially preempt California’s industry-backed initiative with federal action, a move he said would be “vitally important.”

Whether Biden will go that far is unknown. Either way, the incoming administration has made clear it is looking to California as it moves to overhaul labor rules. The state has “the nation’s foremost set of laws to protect workers,” Reich wrote. Those laws, he said, give employees more rights than anywhere else in the country on issues that include overtime, employer retaliation, wage theft, discrimination and protection from sexual harassment.

“We’ve shown you can have progressive policies and enjoy economic growth,” said Rep. Ro Khanna, a Democrat from Silicon Valley.

Khanna recently touted those policies on a podcast hosted by progressive filmmaker Michael Moore. The title of the episode was notable considering that Moore savaged the Bay Area in his 1989 film “Roger and Me” as a hornet’s nest of self-indulgent liberals.