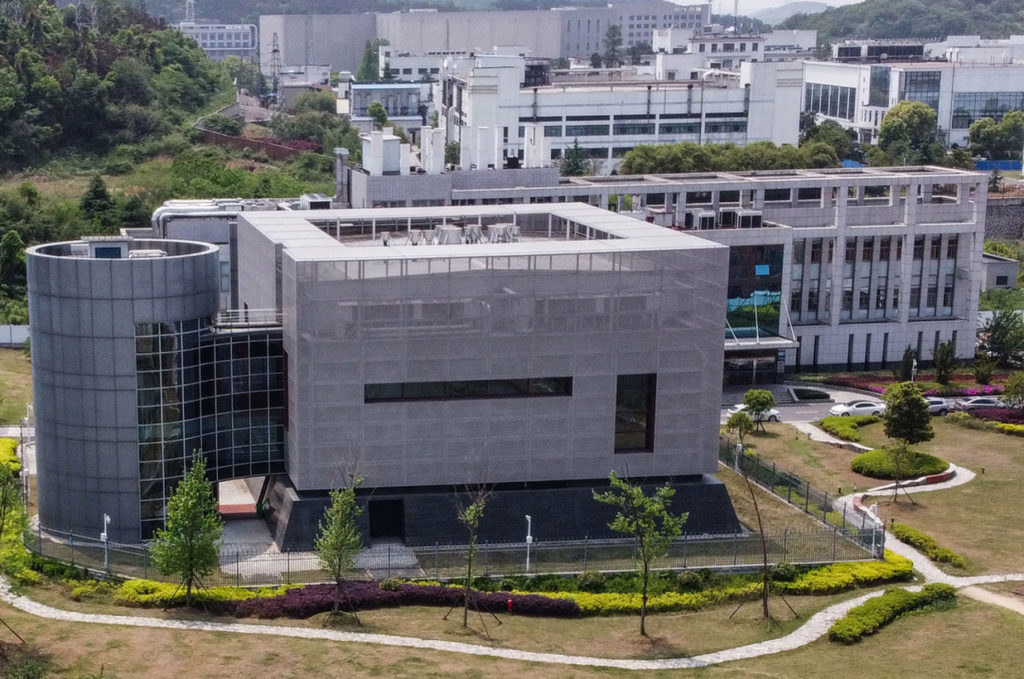 For more than a year, the Chinese Communist Party (CCP) has systematically prevented a transparent and thorough investigation of the COVID-19 pandemic’s origin, choosing instead to devote enormous resources to deceit and disinformation. Nearly two million people have died. Their families deserve to know the truth. Only through transparency can we learn what caused this pandemic and how to prevent the next one.

The U.S. government does not know exactly where, when, or how the COVID-19 virus—known as SARS-CoV-2—was transmitted initially to humans. We have not determined whether the outbreak began through contact with infected animals or was the result of an accident at a laboratory in Wuhan, China.

The virus could have emerged naturally from human contact with infected animals, spreading in a pattern consistent with a natural epidemic. Alternatively, a laboratory accident could resemble a natural outbreak if the initial exposure included only a few individuals and was compounded by an asymptomatic infection. Scientists in China have researched animal-derived coronaviruses under conditions that increased the risk for accidental and potentially unwitting exposure.

Related reading: SHANGHAI—A new coronavirus identified by Chinese scientists is the putative cause of an outbreak of unusual pneumonia in the central city of Wuhan, according to Chinese news reports yesterday. In an interview today with Science, Xu Jianguo, head of an evaluation committee advising the Chinese government, confirmed that scientists have a complete sequence of the novel virus’s genome.

The World Health Organization on 9 January requested sequence data, a spokesperson in Geneva says, and many scientists urge the country to make the sequence public quickly, but the decision is up to the top leadership of the Chinese Center for Disease Control and Prevention, says Xu, who is director of the Beijing-based State Key Laboratory for Infectious Disease Prevention and Control, part of China CDC. (The center’s head, George Gao, did not respond to emails from Science seeking comment.)

Xu says the investigation is being led by China CDC but numerous groups in other government agencies are involved. “Plenty of people are working on the outbreak,” he says. The role of the evaluation committee Xu leads is to review all the findings and make recommendations to the National Health Commission. Xu also said the novel coronavirus resembles known bat viruses, but not the coronaviruses that cause severe acute respiratory syndrome (SARS) and Middle East respiratory syndrome (MERS).

The CCP’s deadly obsession with secrecy and control comes at the expense of public health in China and around the world. The previously undisclosed information in this fact sheet, combined with open-source reporting, highlights three elements about COVID-19’s origin that deserve greater scrutiny:

1. Illnesses inside the Wuhan Institute of Virology (WIV):

The U.S. government has reason to believe that several researchers inside the WIV became sick in autumn 2019, before the first identified case of the outbreak, with symptoms consistent with both COVID-19 and common seasonal illnesses. This raises questions about the credibility of WIV senior researcher Shi Zhengli’s public claim that there was “zero infection” among the WIV’s staff and students of SARS-CoV-2 or SARS-related viruses.
Accidental infections in labs have caused several previous virus outbreaks in China and elsewhere, including a 2004 SARS outbreak in Beijing that infected nine people, killing one.
The CCP has prevented independent journalists, investigators, and global health authorities from interviewing researchers at the WIV, including those who were ill in the fall of 2019. Any credible inquiry into the origin of the virus must include interviews with these researchers and a full accounting of their previously unreported illness.

Starting in at least 2016 – and with no indication of a stop prior to the COVID-19 outbreak – WIV researchers conducted experiments involving RaTG13, the bat coronavirus identified by the WIV in January 2020 as its closest sample to SARS-CoV-2 (96.2% similar). The WIV became a focal point for international coronavirus research after the 2003 SARS outbreak and has since studied animals including mice, bats, and pangolins.
The WIV has a published record of conducting “gain-of-function” research to engineer chimeric viruses. But the WIV has not been transparent or consistent about its record of studying viruses most similar to the COVID-19 virus, including “RaTG13,” which is sampled from a cave in Yunnan Province in 2013 after several miners died of SARS-like illness.
WHO investigators must have access to the records of the WIV’s work on bat and other coronaviruses before the COVID-19 outbreak. As part of a thorough inquiry, they must have a full accounting of why the WIV altered and then removed online records of its work with RaTG13 and other viruses.

3. Secret military activity at the WIV:

Secrecy and non-disclosure are standard practice for Beijing. For many years the United States has publicly raised concerns about China’s past biological weapons work, which Beijing has neither documented nor demonstrably eliminated, despite its clear obligations under the Biological Weapons Convention.
Despite the WIV presenting itself as a civilian institution, the United States has determined that the WIV has collaborated on publications and secret projects with China’s military. The WIV has engaged in classified research, including laboratory animal experiments, on behalf of the Chinese military since at least 2017.
The United States and other donors who funded or collaborated on civilian research at the WIV have a right and obligation to determine whether any of our research funding was diverted to secret Chinese military projects at the WIV.

Today’s revelations just scratch the surface of what is still hidden about COVID-19’s origin in China. Any credible investigation into the origin of COVID-19 demands complete, transparent access to the research labs in Wuhan, including their facilities, samples, personnel, and records.

As the world continues to battle this pandemic – and as WHO investigators begin their work, after more than a year of delays – the virus’s origin remains uncertain. The United States will continue to do everything it can to support a credible and thorough investigation, including by continuing to demand transparency on the part of Chinese authorities.