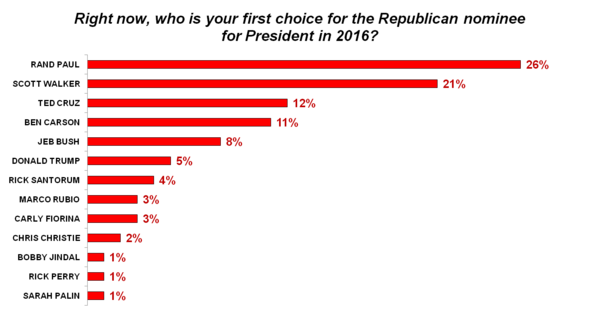 I attended the last two days of CPAC. Missed the first two because of pressing deadlines on other work. However, I did get to see some key speakers and caught the overall flavor of the event. A few observations follow.

Duck Dynasty’s politically incorrect Godfather, Phil Robertson was my favorite. I will state right off that anyone who dismisses Phil for his dress and style, in my mind displays the shallow hypocrisy of today’s culture. His fashion is his choice, his words are what count. His speech was priceless. Most important was his emphasis on the Bible and the fact that our Constitution was based on Biblical principles and written by devoutly faithful men. He quotes John Adams’ telling words, “Our Constitution was made only for a moral and religious people. It is wholly inadequate to the government of any other.”

It is a truth too often overlooked, except by the Left, which has assiduously sought to destroy the Christian underpinnings of this nation precisely for that reason. They know that only when Christianity is destroyed and discredited will our people willingly—or maybe ignorantly would be a better way to describe it—submit to Socialism. The Marxist Frankfurt School, of which Obama is a well-versed student, made that goal explicit. I recommend you watch Phil’s speech, it is insightful and entertaining in a way only he can deliver. I only wish there were a viable candidate that would speak as plainly, honestly and insightfully as old Phi.

Jeb Bush managed to get his message delivered at CPAC despite pretty widespread conservative opposition to his prospective presidential candidacy. Instead of a speech, which would doubtless have been met with a lot of booing, he staged a tightly-controlled, scripted, on-stage interview conducted by Sean Hannity. That the two conspired to keep it controlled is beyond dispute. Hannity served up key questions that allowed Bush to answer his critics on all fronts in a manner that could not be challenged.

The questions and answers were delivered in machine-gun fashion with no breathing room in between for opponents in the crowd to voice their displeasure. Bush bussed in hundreds of supporters, who clapped and roared their approval every time he raised a controversial issue, like his support for illegal alien amnesty. He made it all sound as reasonable as he could—seal the borders first, and then provide a pathway to citizenship for the 11 million here. After all we can’t send them back now, can we? Yes, I would say we can. Furthermore, it is not 11 million, but more like 30 million or more—virtually all prospective future Democrats.

How Republican politicians refuse to understand that amnesty is the death-knell for the GOP is beyond me. I suspect it is a measure of just how powerful Chamber of Commerce and National Association of Manufacturers’ money can be. It appears political genocide can be bought. During the speech, conservatives staged a walkout, led by CPAC regular, William Temple, dressed in his usual patriotic garb and carrying a large Gadsden flag.

A breaking news story reveals just how serious it is that we get Obama’s amnesty outrage stopped in its track. Mark Levin interviewed a Maryland conservative activist who recently penetrated a White House Task Force on New Americans conference call on amnesty that was supposed to be private. You can read about that and more, and listen to the interview at Ann Corcoran’s great Refugee Resettlement Watch blog.

NRA President Wayne La Pierre talked tough on the 2nd Amendment but conspicuously absent was any reference to Obama’s illegal amnesty efforts. As Gun Rights Examiner David Codrea has pointed out, illegal alien amnesty is the greatest threat to the 2nd Amendment because Obama’s goal is to get them voting. With the 30 million or so illegals poised to obtain legal status (not the 5 million repeatedly hyped), Democrats will capture the “permanent progressive majority” they have been seeking since the Democratic Party was captured by communists.

As we know, the NRA frequently talks out of both sides of its mouth. It has been an effective voice for the 2nd Amendment, but sometimes makes compromises that threaten the 2nd’s long-term viability. This is one of those instances. Supporting Democrats and RINOs who later show their true colors is another. Failing to support strong 2nd Amendment defenders in some states is a third. For example, their opposition to former Maryland Governor O’Malley’s 2013 gun grab was virtually non-existent. Back then they promised a court challenge to the blatantly unconstitutional law. We are still waiting.

With the exception of 2012, when Mitt Romney won, the straw poll has gone to Rand Paul or his father every year since 2010. The poll is somewhat biased by the youthful CPAC attendance demographic, but Paulies also swarm the voting booth every year. Noteworthy was Wisconsin Governor Scott Walker’s close second. Cruz came in a distant third and Bush was number five, so apparently his Astroturf messaging method didn’t work. Chris Christie was near the bottom, earning only 2 percent support. Rick Perry tied for last with Sarah Palin. Here are the results:

Given the poll bias, in my mind, Scott Walker was the true winner. I did not see his speech, but the poll suggests Walker left CPAC in the strongest position with the party faithful of any prospective future GOP presidential candidate. Washington insider The Hill newspaper agrees, writing:

His performance didn’t have the same fervor as his acclaimed speech last month to the Iowa Freedom Forum, but it didn’t matter. Walker’s CPAC straw poll placing — a close second behind the favorite Sen. Rand Paul (R-Ky.) — shows he got the most bounce out of the event. His showing was especially impressive given that he lacks the organizational muscle of the likes of Paul and former Florida Gov. Jeb Bush (R), who finished fifth.

And he deserves it. While from a messaging and charisma standpoint, my personal favorite is Ted Cruz, Walker has been tested in an unprecedented, relentless, vicious, four-year trial by fire from Democrats, unions and the media. He is the first governor ever to survive a recall election, and despite a national effort by unions and Obama’s Left, won handily. Same with his re-election. Walker has survived unsullied by a four year secret probe which vies with the IRS scandal as one of the greatest systematic abuses of governmental power in recent memory. Corrupt prosecutors used the power of the bizarre “John Doe” law in a vicious attempt to shut down the GOP throughout the entire state and destroy Scott Walker’s reelection prospects. The only mystery is why Milwaukee County DA John Chisholm and his assistant, Bruce Landgraf, are not in jail. Against all these odds, Walker has governed effectively—introducing changes and reforms that have reversed the state’s downward economic slide, balancing the budget and cutting taxes.

The poll revealed some other interesting characteristics about CPAC’s conservatives. As mentioned, it was a youthful crowd. Fifty percent were 25 or under and 42 percent were students. Sixty-four percent believe that illegal aliens should be either deported and not allowed to return (37%) or encouraged to return home to apply for citizenship (27%). Twenty-nine percent believe illegals should be allowed to stay. Of these, 18 percent thought they should be allowed to apply for citizenship. Seventy-seven percent believe Congress should use its power of the purse to defund Obama’s unconstitutional amnesty.

Again reflecting the dominant age group, 41 percent believe that marijuana should be legalized for medicinal and recreational purposes. Only 27 percent believe it should remain illegal. The crowd was largely pro-life. Depending upon the questions asked, between 68 and 74 percent were pro-life, while between 18 and 25 percent were pro-abortion. Of the issues that would dissuade poll participants from supporting a candidate, i.e. deal breakers, people were all over the map when allowed multiple responses:

Taken alone however 58 percent said they would never vote for a candidate who supported Common Core.

WATCH the FULL SPEECH from Rick Perry at CPAC!

Cruz Lights Up Crowd in Lightning Round CPAC Questions