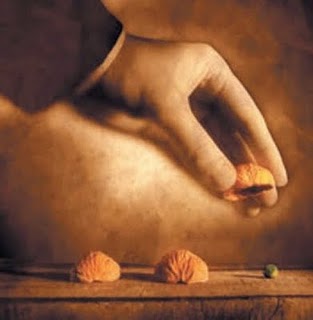 But Mr. Bernanke adamantly denied that would happen. “The Federal Reserve will not monetize the debt,”he said. “Either cuts in spending or increases in taxes will be necessary to stabilize the fiscal situation.”

No, the headline is not a misprint. According to CNBC, the Federal Reserve bought approximately 80 percent of the U.S. Treasury securities issued in 2009. In other words, the Federal Reserve has been gobbling up the massive tsunami of U.S. government debt that has been created over the past year. This is absolutely unprecedented, and it is yet another clear indication that the U.S. financial system is on the verge of a major economic collapse.

In the United States, and in many other countries, the government does not have the power to issue new currency to pay its bills[citation needed] – it must instead finance the deficit by issuing new bonds and selling them to the public to acquire the necessary money to pay its bills. However, if these bonds do not end up in the hands of the public, the only alternative is for them to be purchased by the central bank. For the bonds not to end up in the public hands the central bank must conduct an open market purchase. This action by the central bank increases the monetary base through the money creation process. This process of financing government spending is called monetizing the debt.[1] Monetizing debt is a two step process where the government issues debt to finance its spending, the central bank purchases the debt from the public and the public is left with high powered money.