While standing little chance against a Republican incumbent, Ohio lawyer, labor organizer and now nurse, Bill O’Neill is standing for Congress on the Democrat ticket in Ohio’s 14th Congressional District. 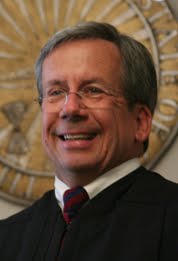 O’Neill is backed by a coalition which includes prominent members of the Ohio Communist Party.

In the largely rural District, Democrats and local Communist Party USA members have united to promote Democratic candidates in the November midterm elections.

Leading Communist Party members like Wally Kaufman and Diana Sowry have formed an alliance with local labor unions and the Democrats to try and stem and reverse the coming Republican/Tea Party tide come November.

The occasion was the opening of the county Democratic headquarters, but the event had been initiated by a grassroots progressive coalition.

Wally Kaufman, vice president of the AFL-CIO Retirees Council, said he and activists from the NAACP, the Farmers Union and other groups had planned a picnic to mobilize for the elections, but at the request of the Democrats, agreed to combine the event with the opening of the party’s headquarters.

“We plan to set up an Ashtabula Progressive Forum to hear speakers and discuss issues, especially in relation to the elections,” he said.

Kim Parker, president of the Democratic Women’s Caucus welcomed about 50 people in attendance to the brightly lit storefront stressing the critical battle shaping up. George Williams, president of the NAACP, also gave words of greetings and an invocation.

Ray Gruber, president of the Ashtabula AFL-CIO, said labor was already making 20,000 calls a week, on behalf of its endorsed candidates, out of phone banks throughout the state.

He said the race for the U.S. Senate seat left open by the retirement of Republican Senator George Voinovich was critical. There could not be a clearer choice, he said, than between Lt. Gov. Lee Fisher, the Democrat, and Rob Portman, the Republican, who served as trade representative and budget director under President George W. Bush.

Diana Sowry, secretary of the AFL-CIO, warned about the intense anger felt by many young people in the community.

“They feel they have no future. We need to hit the streets and fight back against the dark force,” she said, referring to the Republicans. She urged people to take part in the national march on Washington for jobs, peace, education and justice set for Oct. 2.

Bill O’Neill, Democratic candidate for Congress, said there is deep-seated anger about the bailout of the banks and the unfunded wars.

Strickland, he said, a “people’s candidate, you can trust.” His opponent, John Kasich, however, was an executive with Lehman Brothers, the giant Wall St. bank that collapsed last September. Kasich is calling for privatizing the state’s department of economic development, which would end transparency and open the door to corruption.

Ashtabula County is not generally regarded as an hotbed of communism, but even in rural Ohio, as in many regions across America, the lines between the Democratic Party, organized labor and the Communist Party are now almost non-existent.

Sharpton and the Black Panthers – a love affair… 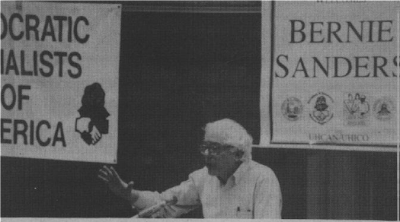 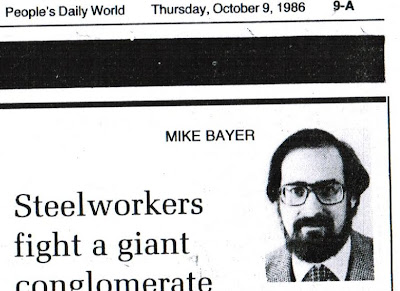