Having left England and spilling their blood for individual freedoms our Founding Fathers knew the value of freedom and therefore gave us the Bill of Rights, a Republic and a Constitution that would protect the people, if ‘We the People’ were smart enough to remain engaged and educate future generations… but we haven’t done either. They knew that Freedom of Speech and the Right to Bear Arms were essential for the average man (person) to remain free. Dictators know that as well, so they take away both as soon as they can! That is the plan of the Progressives controlling our country and elites controlling the world. 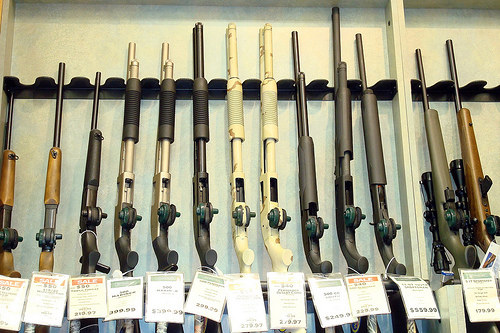 Alley Oop. Do you remember Alley Oop of funny paper and song fame? He carried a big stick and didn’t walk softly. He tore the limbs off of trees.

Mr. Oop was capable of defending himself, his family, and his property. He had a big stick. Down through the ages, improvements were made in self-defense implements. Spears, bows and arrows, catapults, sling shots, etc. were invented and used. These same tools could be used for offensive purposes, also. And evil men, usually in the form of a government but sometimes other forms of gangs, used these tools of destruction to force others to comply with their demands. Demands they had no right to make. “Pay the taxes I deem necessary – or else!” Some complied, some didn’t. Those who didn’t were killed or banished from their land. Those who complied were treated with disrespect, and ever more demands were made until their lives were not their own. They were and are slaves. But they were and are called Freemen.

A government was instituted among men by men who understood the need for self-defense. The people had and still have the right to defend themselves from thugs of all kinds. In an amendment of the founding documents, spelled out very clearly is a guarantee that the government has no power to interfere with the natural right of every citizen to his or her own self-defense in whatever mode might be available. The latest technology is available to the private individual as well as to the police and military.

Since the establishment of that government, and even prior to that establishment, men and women have had weapons for self-defense. The same type of weapons has been used for destruction as well. A very few men and women go about killing each other for the flimsiest reasons. As a result of people killing each other, some nincompoops have coalesced into various groups with the intent to deprive those of us with a little common sense of our right to self-defense.

Amendment II of the Constitution of the United States of America prohibits the government of any power to interfere with our natural right to self-defense – the defense of ourselves, our families, and our property. Even Alley Oop, a Neanderthal man brought to the 20th century by a time machine, knew he had that right.

Currently, in our federal government, our hirelings and agents are debating whether or not they should give an International Agency the power to regulate our Natural right to own implements of self-defense. The people of this nation, in whose name the elected officials act, did not grant any power or right to their representatives, agents, or hirelings to even debate the action, let alone actually taking a vote on the subject. This is a sovereign nation. We rule ourselves. It is not up to a foreign entity such as the United Nations, or a treaty with other nations, to regulate the actions of the American People. We are a self-regulating group of adult men and women and are fully capable of making our own decisions about what we own or don’t own. We do not need the input from an agent of a foreign nation such as Iran or China to tell us how to conduct our daily lives.

On the 27th of this month, the Senate will be voting on whether or not to give the power to an entity other than ourselves to regulate our daily lives and tell us what we can and cannot own. The members of the Senate do not have the right or the power to make such a commitment. We should tell them so.

Alley Oop had the common sense to obey the Natural Law of self-preservation. The fools that we have hired and sent to Washington, District of Criminals have not the common sense of a Neanderthal Man.

Hitler of Germany, Stalin of Russia, and Mao of China, among others, disarmed the citizens of their respective countries and then murdered them by the millions. 60,000,000 people were murdered in China alone, by one report. In light of these facts, one wonders why the Clintons, the Bushes, the Carters, and Our Fearless Golfer polluting the air in our house at 1600 Pennsylvania Avenue in Washington, D. C. are so determined to disarm the good people of the United States of America.

We were not invaded by Japan during World War II because the Emperor was aware that the Americans were well-armed and we would defend out land.

I would seem that our Neanderthal man, Mr. Oop, had more common sense than those who are now promoting the disarmament of the American People. People such as Hillary Clinton, Nancy Pelosi, Harry Reid, Our Fearless Golfer, the Queen of England, the various Ayatollahs, Castro, Mao, Chavez, and any number of people that are our sworn enemies want us disarmed for a reason. What could that reason be, do you think?

Only would-be-dictators and tyrants are afraid of the citizenry. Thomas Jefferson rode his horse daily out in public without guards. George Washington had no troop of armed guards. Andrew Jackson, however, needed guards; for he had made a formidable enemy for himself – the bankers. They wanted him dead.

The government has overstepped just one time too many, maybe, and a backlash is about to be let loose. And that government wants to disarm us. Be careful.

Some things speak for themselves. Thanks to J.H., who posted the following elsewhere, but gave me permission to post it on my blog:

“Just before the Idaho primaries this past Tuesday, there was a forum where people were asking questions of the candidates for sheriff of Bingham County. When incumbent sheriff Dave Johnson was asked what he would do if the Federal Government mandated to take all firearms away from private citizens, he responded that he would have to comply with the feds. When candidate Craig Rowland was asked the same question, he responded that he would deputize every citizen who owned a firearm. Rowland got an applause and was elected Bingham County Sheriff this last Tuesday. Congratulations to Craig Rowland!”

Yeah. Gotta love Idaho…. 🙂 And the Second Amendment. And the Constitution.

If any other sheriffs out there hadn’t thought of this, I think that it’s brilliant. After all, if a firearm is a part of your emergency preparation, you may find yourself in trouble if someone takes it away. There are many emergency situations where a firearm may be needed. In any case, if you are personally against firearms, please work out a plan where you have what you need for food procurement, etc. in case of such emergencies.

And hopefully, no matter what one thinks personally about firearms, they will vote for people who will uphold the Constitution and the freedoms we hold dear–and the right to bear arms is one of them 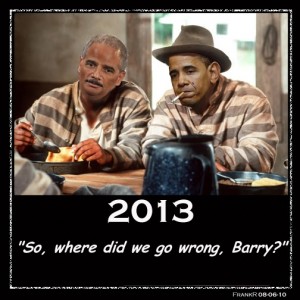 The Puzzle of ‘Operation Fast and Furious’ — When Will Team Obama Come Clean About Failed Gun Program?

Check out: Fast and Furious by Katie Pavlich

Time to look at the Swiss, one of the most peaceful and best armed countries is the world: SWISS TV FORECASTS DEFEAT FOR TIGHTER GUN LAW – UPDATE